For the 6th straight year we were honored to make Warrior Wishes come true at this year’s Army Navy game in Philadelphia! 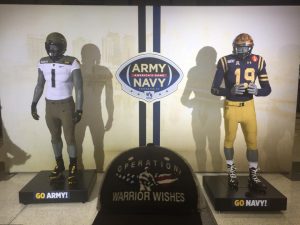 Instead of coming home before heading to Dallas for Sunday’s game, my dad jumped on a bus to Philly (for the 2nd time this week) after the Ravens game on Thursday night to help make wishes come true at this years Army Navy game. 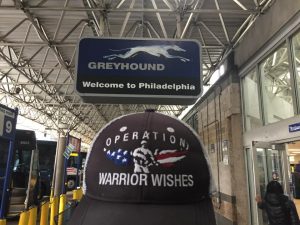 We would like to give a special shout out to Chris Clay, one of our board members, who takes the initiative every year to make the Army Navy game a special event. We also want to recognize, Mark, Don, Bill, Jim and Jeff for helping Chris coordinate the logistics for the event. 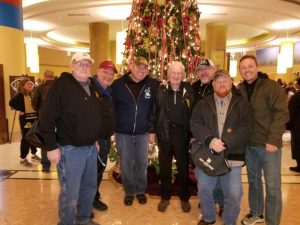 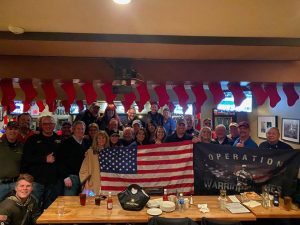 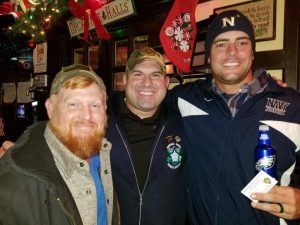 Another special thank you to all of the corporations, organizations, and people who helped contribute to make this event a huge success. Because of your generosity we were able to host more than 50 veterans and their guests at this years game! We could not have done it without your support!

Our friends at ESPN hooked us up with passes to hang out on the set of College Gameday live before the game. 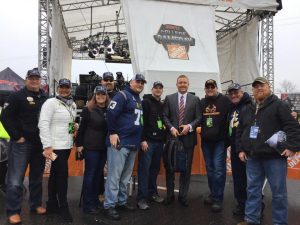 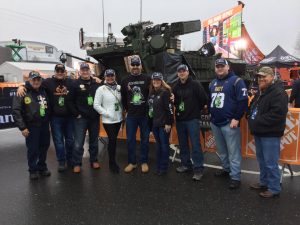 And everyone had fun tailgating before heading inside the stadium for the March On.

Before the kickoff of every Army-Navy Game, the cadets of the U.S. Military Academy and the midshipmen of the U.S. Naval Academy take the field. No, not just the teams playing the game that day, the entire student body — thousands of people — march on the field in the way only drilled and trained U.S. troops can.

But in the end someone had to lose. Army had Beat Navy the past 3 years, but this year Army fell to Navy by the score of 31-7

As always it was another unforgettable experience for everyone involved!

As the board members and warriors headed home, my dad made his way to the airport to catch his 5am Monday morning flight to Dallas to help me make wishes come true at the Cowboys game. Stay tuned for more details! 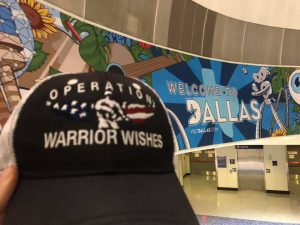