After kicking off our mission Thursday night in Chicago… 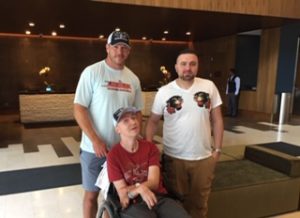 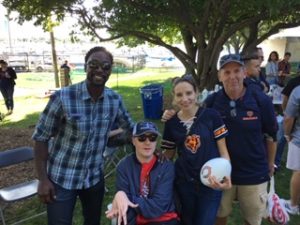 My dad enjoyed a day off at home before catching a flight to Boston Saturday afternoon. 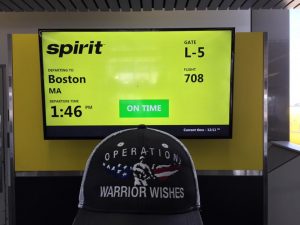 Over the past 7 years, we have made some unforgettable memories making Warrior Wishes come true in Boston.  From connecting wounded veterans with Boston bombing survivors at the Patriots opening night of the 2013 NFL season to hosting warriors courtside at the Celtics game.  We have hosted warriors on tours of Fenway park, and Red Sox Yankees games and we have honored warriors in front of sold out crowds at Bruins games.  We always enjoy having “Lobstah” with Clayton and his tailgate crew before Patriots games and love hanging out on Yawkey way before Red Sox games! 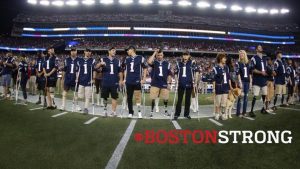 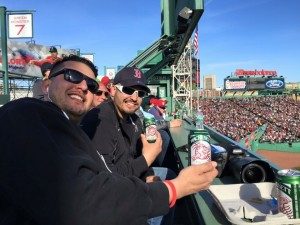 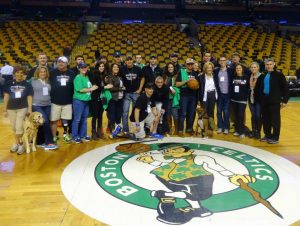 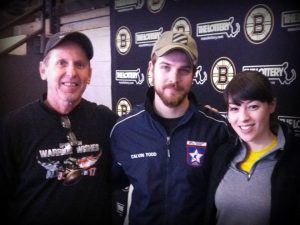 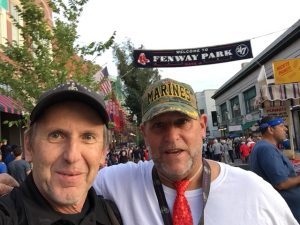 Boston is one of the best sports towns in the country and full of history!  It’s a place you have to see at least once.

My dad made his way to Foxboro early Sunday morning to take in all the action around the stadium before meeting up with our guests for the game. 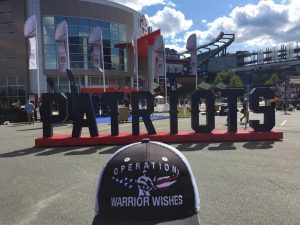 Today we had the honor of hosting Marine Sgt Jared Luce and his wife at the Patriots game. Sgt Luce was serving on his second tour in Iraq when the vehicle he was in was struck by a roadside bomb. Jared lost both his legs and suffered severe damage to his left hand and left eye.  After a long road to recovery he continues to be a inspiration to the Marines from his unit and has always kept a positive attitude. 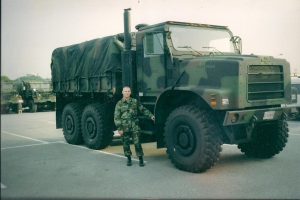 Sgt Luce was nominated for this opening day experience by a battle buddy. The nomination read, “Jared is a huge New England Patriots Fan and this will be something that he will cherish for years to come. It will (also) Make the Marines from the Unit happy (to know) that his sacrifice is not forgotten.”

We will never forget and we hope that this truly is an experience that Sgt Jared Luce cherishes for the rest of his life.

My dad met up with Jared & his wife at one of our favorite tailgates.  Clayton & his “Maine Lobster Tailgate” friends have been helping us make Warrior Wishes come true since we began our mission in 2012.  We were introduced to the fishermen by the late great commissioner of tailgate, Joe Cahn. 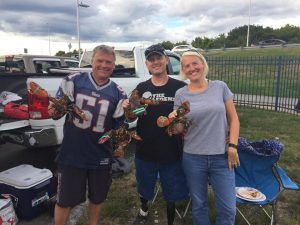 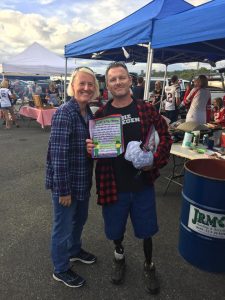 If you haven’t figured it our already, the lobster fishermen serve fresh Maine lobster at their tailgate and it is delicious!  We cannot thank Clayton and his crew enough for all of his support throughout the years! 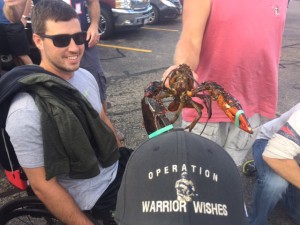 After a couple of hours of hanging out and getting to know each other, the guys made their way over to Gillette stadium to get Sgt Luce & his wife inside to watch the Sunday Night Football matchup!

They got to enjoy watching the Patriots beat up their rivals, the Pittsburgh Steelers, from the front row of the upper deck!  The Patriots went on to beat the Steelers by the score of 30-3! 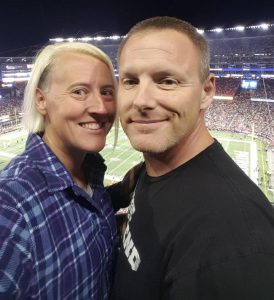 Operation Warrior Wishes cannot thank Sgt Luce for his selfless service and sacrifices.  You are appreciated and will never be forgotten!

After the game, my dad made his way back to Logan airport to get a “good night sleep” before catching his 5 am flight to New Orleans.  He will be in the “Big Easy” tomorrow to make Warrior Wishes come true at the Saints game!  Stay tuned for more details!