What a wild weekend! We were honored to make wishes come true at all four NFL divisional playoff games! 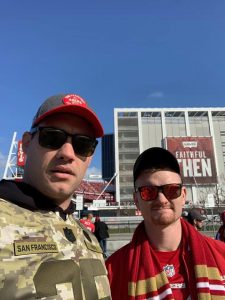 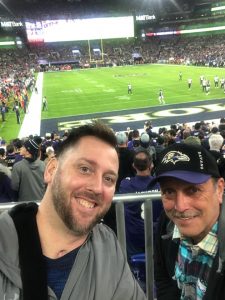 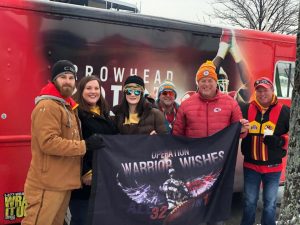 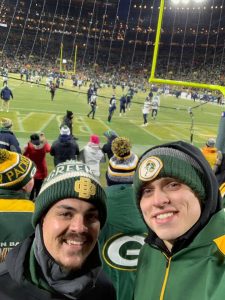 After getting home from Green Bay at around 1am, we were back on the road heading to the airport at 4:30am. I dropped my dad off at O’Hare and headed to work.  Thankfully the snow did not delay the flight and my dad made his way to New Orleans on time. 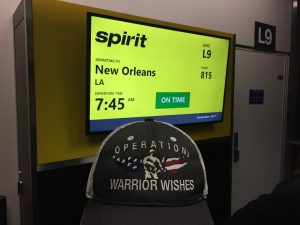 Today we were honored to host Army veterans Jeramie Green, Noah Mutrie, Ashley Mutrie, Troy Reilly and Amanda Reilly in New Orleans.  Jeramie along with his wife and Ashley and Noah were our guests for the game, but Troy and Amanda joined us for the pregame festivities. 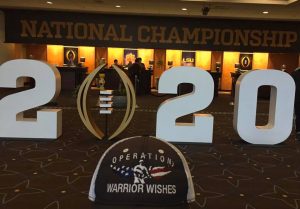 Cpl Jeramie Green was 2 days away from completing a deployment in Afghanistan when he was seriously injured. In his own words: “I was coming back from mission, and we were towing in a truck that had been blown up. The truck was downloading off their truck at their FOB, and one of the chains snapped, and the unmanned truck just took off. It was headed toward the fuel points. There were about 60 soldiers around & I didn’t want it to blow up the fuel point and hurt a bunch of people. So I chased the truck down, got the door open and turned the wheel right before it was about to hit, but the door closed on my arm which made me slip off the step and the truck was just dragging me everywhere. Then it flew 50 feet off the side of a mountain and the truck landed on top of me. I thought I was dead, but I made it, and I’m here now.” 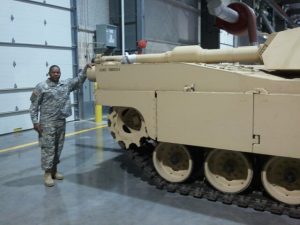 We had the honor of hosting Jeramie at a Cowboys game 5 years ago. He has come a long way since we first met and according to his wife “Jeramie is a major mega LSU fan!” My dad enjoyed the opportunity to reconnect! 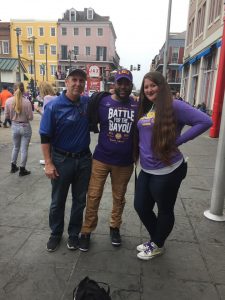 Noah served 12 years in the Army. He deployed 3 times. During his first tour to Iraq in 07-08 he was blown up while on a foot patrol and was awarded a Purple Heart.

Noah currently lives in New York, but made the trip to New Orleans to be at this game! His wife Ashley, who also served in the Army, told us attending this game would be a dream come true for Noah. It was an honor to make the dream a reality!

Army MSGT Troy Reilly and Army CPL Amanda Reilly have been serving in the Army for a combined 51 years! We look forward to hosting them at a future game! 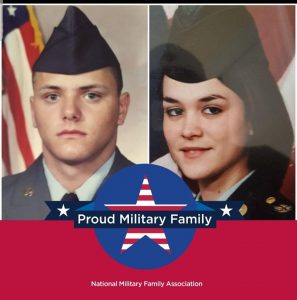 After arriving in New Orleans, my dad made his way downtown to meet up with the warriors for lunch at Gumbo Ya-Ya.  We want to thank them for providing a delicious pregame meal! 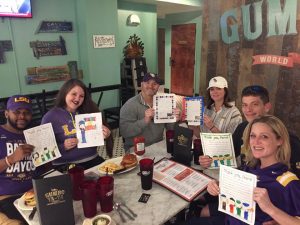 We also want to take a minute to thank our friends at ESPN for making this experience possible! Every year they go above and beyond to make wishes come true. We truly appreciate their continued support!

After getting to know one another, the group headed over to the set of College Gameday where they met up with Jonathan Vilma and Tim Tebow! 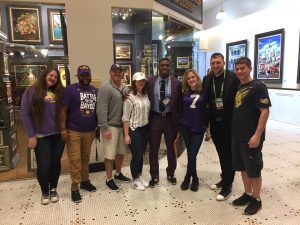 As game time approached, Noah and Jeramie made their way inside the Mercedes Benz Superdome to watch the Clemson Tigers kick things off against the undefeated LSU Tigers. 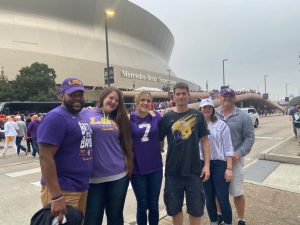 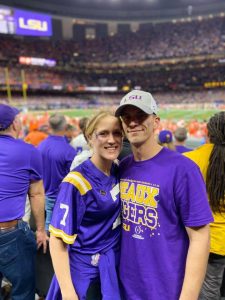 My dad and the Reilly’s hung out outside the stadium for a while before my dad headed over the the Greyhound station to catch us bus back home.

Clemson took an early 17-7 lead in the game but The future NFL #1 draft pick, Joe Burrows, threw 5 touchdown passes in the game and LSU coasted to an easy 42-25 win the championship!  Jeramie, Noah, Troy and Amanda all celebrated the victory! 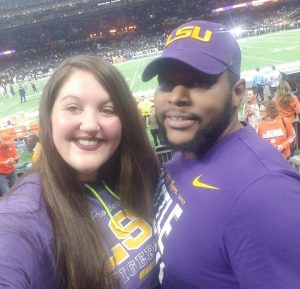 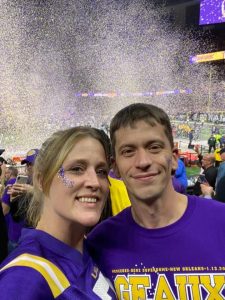 Operation Warrior Wishes would like to thank them all for their service and sacrifices.

My dad will be on a bus all day tomorrow before arriving home at 1 am. He will be back in action next week at the AFC Championship game in Kansas City! Stay tuned…