Army SGT Michael J Knapp made the ultimate sacrifice while serving our country on May 18th 2012.  It was a true honor to host his wife and other surviving family members at the Cactus Bowl in his honor. 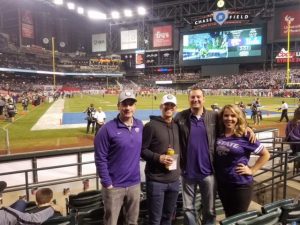 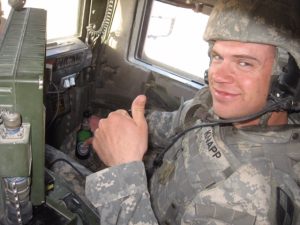 Sgt Michael J Knapp was an amazing father, husband and son who loved his family and God. He was always a great leader and teacher to all of his fellow soldiers. Michael and his wife Abby were married in October 2008 and moved to Ft Lewis, WA in March 2010 after he joined Active Duty Army. They had their daughter Kinsley Payton August 1, 2011 – she was 9 weeks early weighing in at 3lbs 6oz – their miracle baby. Mike could not wait to be a father and loved Miss Kinsley so much. He deployed to Asadabad, Afghanistan November 14, 2011 with the 17th Fires Brigade. While deployed Mike watched his daughter grow up on Skype until May 18, 2012 he was killed in action. He died of wounds suffered when enemy forces attacked their unit with a rocket. Michael is a man of God who will be missed dearly. We are keeping peace in knowing that he is with our Lord and Savior today.

It was an honor to host his family at the Cactus Bowl in his honor.  We are forever grateful for his service and sacrifice.  He will never be forgotten!