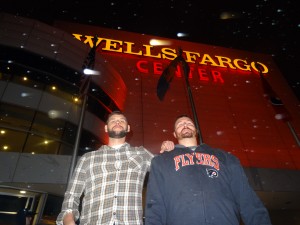 The Warriors were treated to 8th row seats behind the glass!  The Flyers truly went above & beyond to help us honor these warriors service & sacrifices, for that we are thankful. 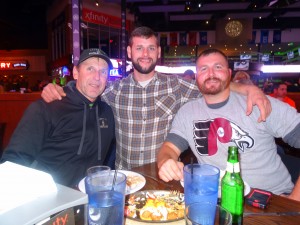 My dad was in Philadelphia for less than 24 hours and didn’t even go to the game.  He made sure the Warriors were all set at the game and made his way back to the bus station to take his 2nd overnight bus in a row to Boston where he will be making warrior wishes come true at the Bruins game Thursday night.
MEET THE WARRIORS
ARMY SPC JARRET KLINGER 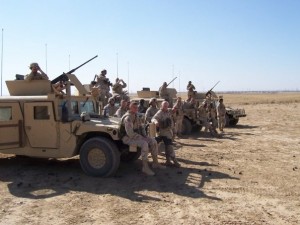 Jarret Klinger was born and raised in a small town called Emerald Pennsylvania.  He graduated in 2002 from Northern Lehigh High School & had no intentions of joining the military until after 9/11. Klinger felt necessary to follow in his grandfathers footsteps who was a POW in the Korean Ware for 29 months.
Jarret enlisted November 21,2003.  He was attached with the 101st Airborne 2/17 Air Assault Calvary. Det 4, 365th engineers. Their detachment was 54 engineers.  They had 7 different fobs within their Area of operation from FOB McKernry to Balald, Iraq.  SPC Klinger spent the majority of his time behind the wheel of an 1114 armored gun truck.
Now that Jarret has retired form the military, her enjoys spending time with his father & playing on a softball and flag football leagues.
MARINE CHAD CHRISTMAN 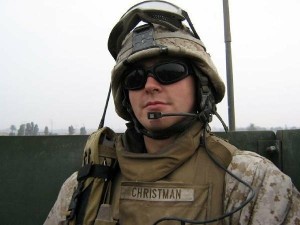 Born and raised in Emerlad Pa. Chad is a Lifelong, die hard Philly sports fan. Christman Graduated Northern Lehigh HS in 03 and enlisted in the Marine corps in 04.   He was Assigned to 2nd Marine Division, 2nd combat engineer battalion Charlie company & Specialized in explosive demolitions and weapons training.
Chad deployed to fallujah, Iraq 05-06. He was wounded twice in October 2005 and awarded the Purple Heart for injuries.  Chad was medically separated in 2008. Afterwards, moved back to slatington to be a father to his son Jayden (7 years old) and local volunteer firefighter. 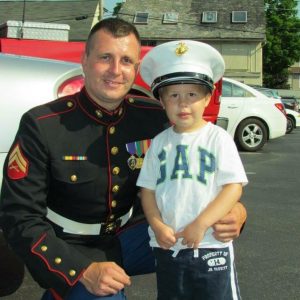