Since November 1st my dad has flown to Atlanta to host Warriors at the Falcons game.  He then bussed to Charlotte to host Warriors at the Panthers game. After the game he bussed back to Atlanta to Fly to Chicago & spent one day back home with the family before jumping on a bus to Cincinnati to host a gold star family at the bengals game, then took another bus to buffalo to make warrior wishes come true at the Bills game.  From there he bussed over to Philly to host 2 warriors at the Flyers game and eventually found himself in Boston to make warrior wishes come true at tonight’s Boston Bruins game! 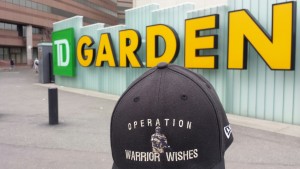 He is honored to be hosting Army Warriors Ray Hegarty, Richard Angelo, Steven Dellacroce, Nick Anastacio, David Ball, Dan Winchell & Air Force Warrior Manny Vargas at the Bruins military appreciation night in Boston.  (Meet the Warriors below)
Before the game the Warriors were treated to a delicious meal thanks to the Fours restaurant across the street from the TD Garden Arena. 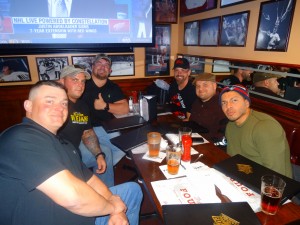 The Fours Restaurant and Sports Bar has been recognized by Sports Illustrated as the best Sports Bar in America, serves passionate fans among memorabilia that captures the excitement and lore of Boston sports. With locations in Boston, Quincy, and Norwell, The Fours has become a New England tradition and the preferred meeting place of sports legends and fans.  It was a great place to get to know one another. 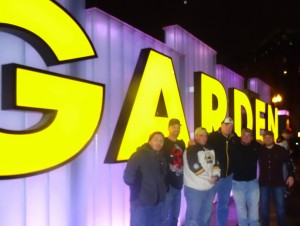 We would like to send a special thank you to the Boston Bruins for providing tickets for the Warriors and allowing our organization to be a part of this special night! 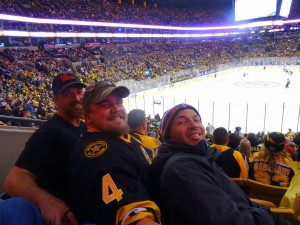 And if you thought my dads travel schedule was already crazy, he’s not done yet.  He will be sleeping at the airport for his 2nd night in a row to catch his early morning flight back to Chicago.  Less than 24 hours later, he’ll be back on the road heading to Nashville to make warrior wishes come true at the Titans game Sunday & back to Cincy to host another Gold Star family at the Bengals game for the 2nd consecutive week.
Follow our mission at warriorwishes.org or on social media on Twitter @WarriorWishes or “Like Us” on Facebook at “Operation Warrior Wishes”
TOGETHER WE MAKE WARRIOR WISHES COME TRUE! 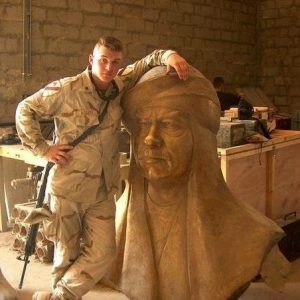 Ray served in the US Army from May ’98 until August ’08.  He was in Iraq during OIF 2 for just over a year with the First Cavalry Division.  Ray is now 35 years old and a Lieutenant on the Marine unit at the Massachusetts Port Authority Fire Department.

Steven returned to Iraq as a private contractor, fire fighter in 2010- Oct 2011. He is now a registered nurse at Bradley Hospital in Providence RI working with adolescents. A proud father of 2 girls, Aaliyah 11, and Jaydin 7. and he & his wife are expecting a baby girl in January. Steve also coaches Crossfit in Plainville, MA. 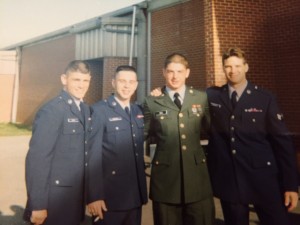 David A Ball served with the US Army Reserves Firefighters 468th Engineering Platoon from 1991-1999.  As part of a Military Firefighting Unit they were trained in advanced search and rescue techniques and hazmat operations. Ball & his unit utilized their training to provide Firefighting support for the Boy Scout Jamboree as well as other Military branches throughout his career.
He is currently competing in Endurance and Obstacle Course Races to bring awareness to Veteran issues like PTSD and Suicide 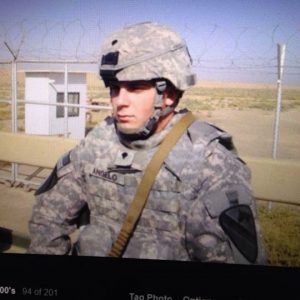 Rich Angelo served with the 1st Calvary Division 1 Air Cav Brigade 1-227 Air Recon. Rich was in E.Co. In his platoon they where running support missions with 10th Group SF. and multiple units.

After Rich served time in the military, he came back home to Malden, MA where he became a fire fighter. He remains very involved with going to OIF OEF veteran groups and involved with a ptsd program that has taught him great ways of coping and feeling comfortable at times in need.
AIR FORCE WARRIOR MANNY VARGAS 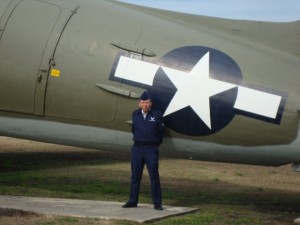