My dad has been on the road since Thursday making Warrior Wishes come true in Cleveland, Pittsburgh, New York, Philadelphia & Boston! 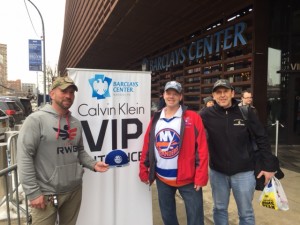 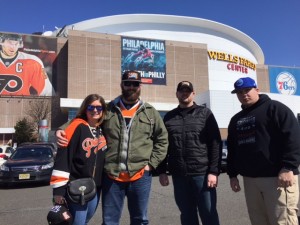 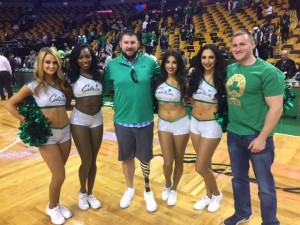 After an amazing experience last night at the Celtics game… 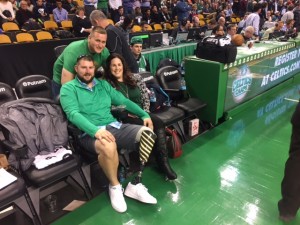 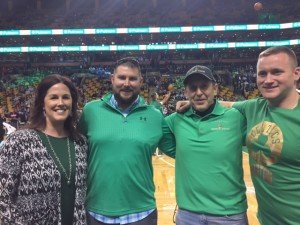 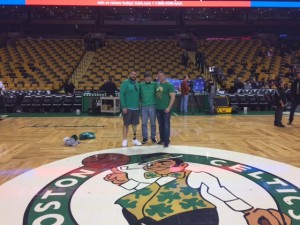 my dad had an opportunity to get a hotel & decided to sleep at the airport instead.  Every penny we save gives us more opportunities to make more wishes come true! 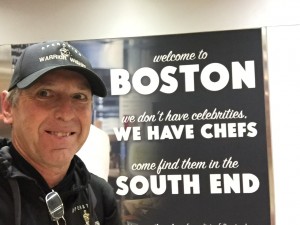 Over the years we have made some unforgettable memories in Boston thanks to the Patriots, Celtics, Red Sox & Bruins.  From last nights “Heroes Among Us” presentation, to a “8 spoke Salute” at the Bruins game.  And who could forget our night of inspiration where we teamed up with the patriots to host & inspire many Boston bombing survivors & wounded warriors opening night of the 2013 season! 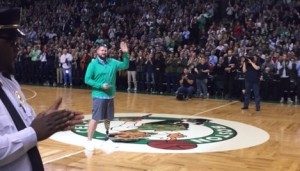 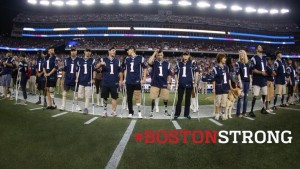 All of the Boston teams have gone above and beyond to help create special memories & make warrior wishes come true.  For that we are thankful & tonight’s Boston Bruins game was no different. The Bruins set up a little surprise for SGT Jonathan Janiec, our guest to tonight’s game. 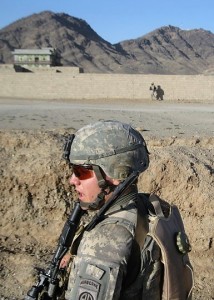 Before meeting up with SGT Janiec for dinner, my dad headed to another special lunch at Boston Beer Works for the 2nd straight day. 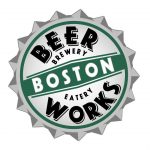 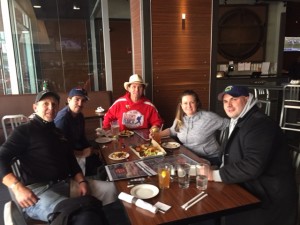 Both Jeff & Roseann brought along their life savers, literally. Jeff was accompanied by Carlos Arredondo.  Carlos helped Jeff get the medical attention he needed after the attack & has been there to support Jeff’s recovery every step of the way.  You can read Jeff’s inspiring road to recovery in his book “Stronger” 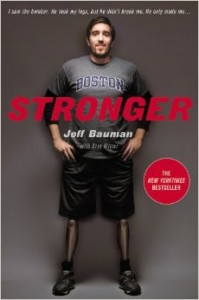 Roseann Sdoia brought along her new fiancé,  firefighter Mike Materia.  Mike was one of Roseann’s first responders after the attack. He was there to hold her hand the entire ride to the hospital & has never let go since!  It’s an incredible love story!  Roseann recently wrote a book about her journey too.  It’s called “Perfect Strangers.”  We cannot wait to read it! 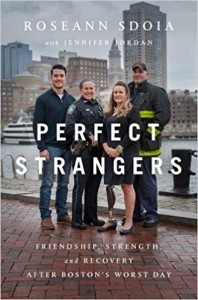 It is truly incredible to have watched each and every one of the Boston survivors move forward in their own way.  They have never given up & continue to be inspirations!  We are very proud to call them friends and are humbled to have had the opportunity to host them at the Patriots 2013 Opening Night game & other events.  Memories we will never forget! 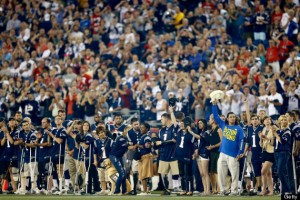 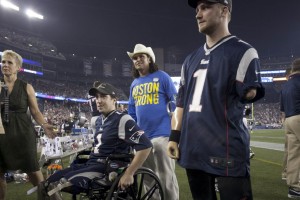 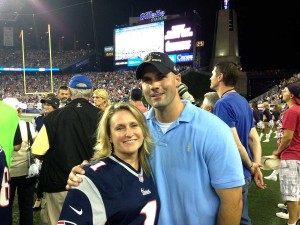 We want to thank Boston Beer works for providing us the opportunity to catch up with these amazing survivors over delicious food and drinks!  My dad really enjoyed the 2 hour long lunch together and looks forward to seeing them again down the road. 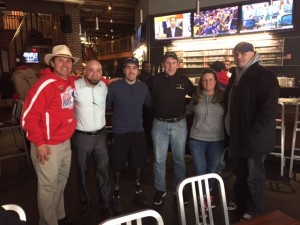 My dad said his Goodbyes and headed down the street to Tavern In The Square to meet up with Sgt Janiec and his girlfriend for their 4:00 Pre Game Dinner. 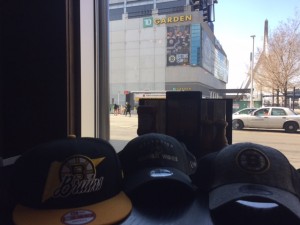 Sgt Jonathan Janiec was nominated by Max Spahn.  Max was our guest for the Red Sox game last year and does a lot of work for student veterans in Boston.

We want to thank Tavern In The Square for providing a delicious pregame meal & help us make Warrior Wishes come true in Boston! 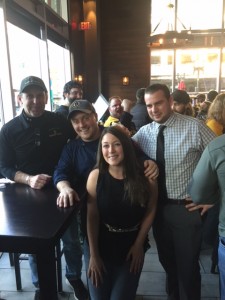 The best thing about Tavern In The Square, other than the food & Drinks, is their location!  After dinner everyone walked across the street to get a few photos in front of TD Garden. 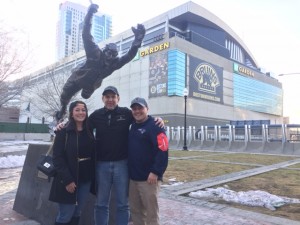 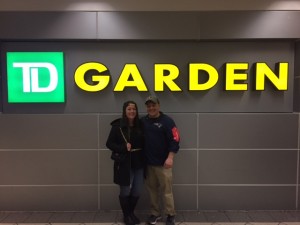 My dad walked SGT Janiec & his girlfriend into the game.  Before they headed inside, he told Jonathan’s girlfriend to have her camera ready at the end of the first period.  The Bruins had a little surprise for SGT Janiec to thank him for his service & sacrifices.  They presented him with a Bruins team autographed hockey stick at his seat! 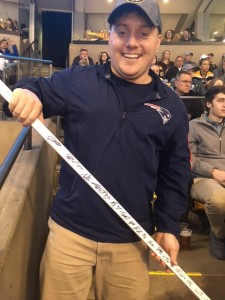 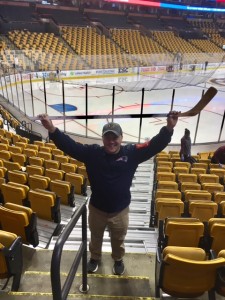 The smile on his face says it all.  It was a gift & a day that SGT Janiec will never forget.  Unfortunately the Bruins fell to the Senators 3-2.

Operation warrior wishes would like to once again say thank you to our friends at New Era for providing Bruins caps as well as Boston Beer Works and Tavern In The Square for providing meals for the warriors.  We also want to send a special thank you to Kerry and the Boston Bruins for providing a once in a lifetime experience at the Bruins game! 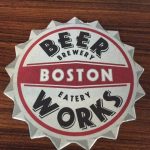 most importantly, we want to thank Army SGT Jonathan Janiec for his dedicated military service to our country!  Your service is appreciated & will never be forgotten!

My dad will be back on the bus tonight headed to NYC to make Warrior Wishes come true at tomorrow nights New York Rangers game.  Stay tuned for more details! 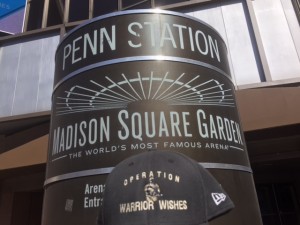