In KansasCity,our friend Army Sgt Austin Burchard and his wife Donna enjoyed watching their Chiefs destroy the Raiders 48-9,with our new guests AirForce Ssgt Mark Schaefer and his 7 year old son Barrett. This was Barrett’s First Game ever & they all saw big win.
In NewJersey at the Meadowlands we had old friend Marine Alex Rodriguez,
who years ago took a tour of ESPN with us,along with his son Teddy,watch their Jets get defeated by the Saints
30-9. Ironically our other guest Marine
Ed Rivera,was our oldest unfulfilled nomination – his girlfriend at the time
nominated him in 2014,but he was deployed and could not attend. Now 8 years later,he married that girl and has a couple of kids,and we were able to finally meet him & fill that request .
To top it off,they realized that they had actually served together overseas!
But that’s not all – we also hosted 3 others that were a little more happy with the result of the game. New friends AirForceVeterans Danny Cascio
and Becky Delahoussaye,along with Navy Veteran Derek Roth were Saints fans and enjoyed watching their team stay in the playoff hunt with the win.
THANK YOU to Tailgate Joe Maino at the Jets game and Jeff Christiansen at the Chiefs game for providing fun and friendly tailgates in each of the cities.
THANK YOU to Mary Cate from the Jets ,who was an intern with the team when we first met 9 years ago,for the suite(“sweet”)tickets allowing group to
enjoy game in comfort out of the wind 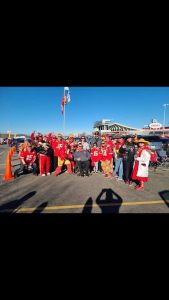 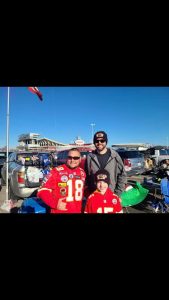 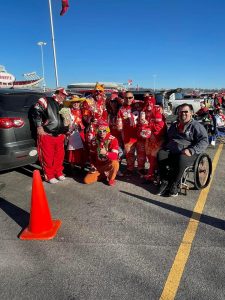 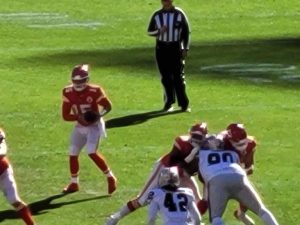 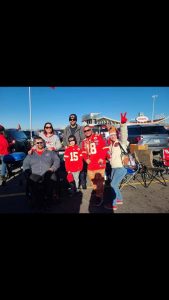 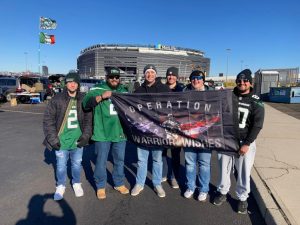 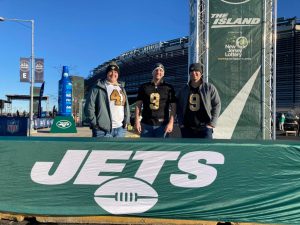 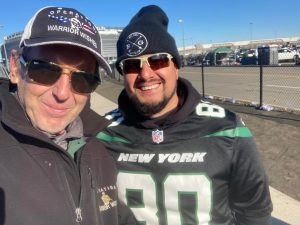 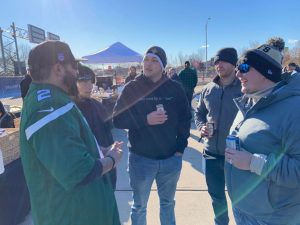 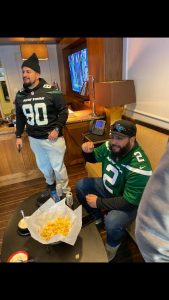 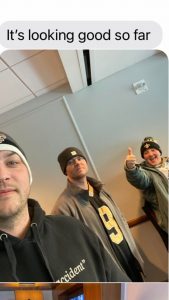 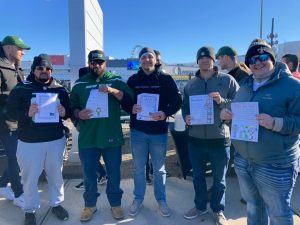 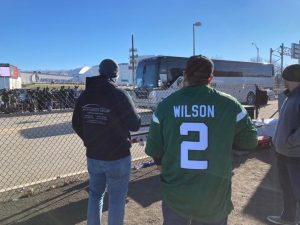 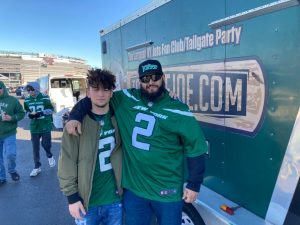 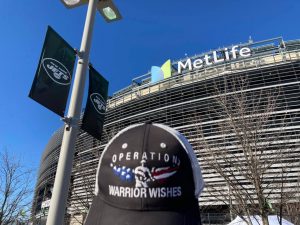