Thanks to everyone who supports our mission, we have been able to make wishes come true at 54 NFL games in the first 14 weeks of the NFL season! 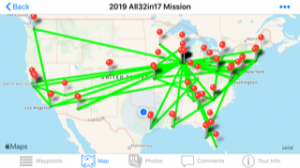 Last week we made wishes come true at the Bears, Browns and Eagles games! 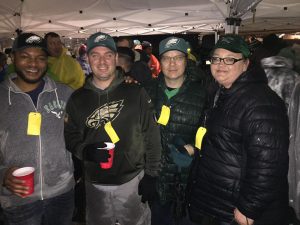 My dad got to come home for a day before heading back out on the road Wednesday night.

This week we are kicking things off in Baltimore at the Ravens game. 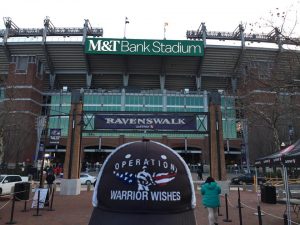 Throughout the years we have made some unforgettable memories making wishes come true at Ravens games. Here are some of our favorites! 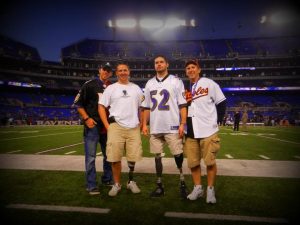 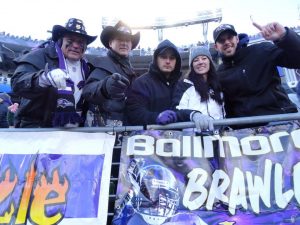 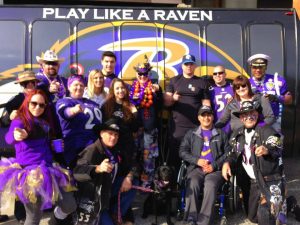 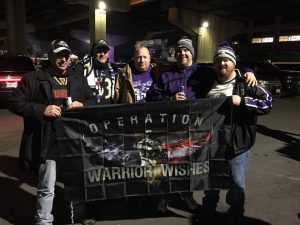 My dad met up with the warriors at the “Ravens Posse Tailgate.” The Posse has been making wishes come true in Baltimore since we started our mission in 2012. We are thankful for their continued support! 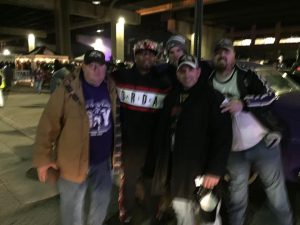 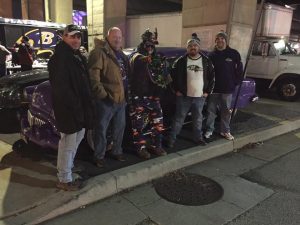 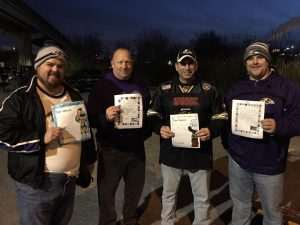 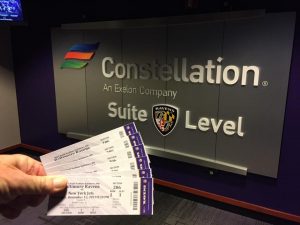 So before the game, the guys made their way thru the tunnel and got to feel what it’s like to “Play Like a Raven” from the field!  They got some great pictures and also go to meet retired Ravens superstar wide receiver Steve Smith! 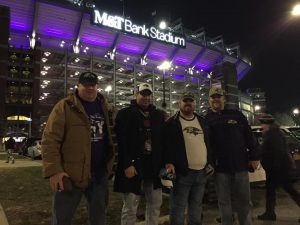 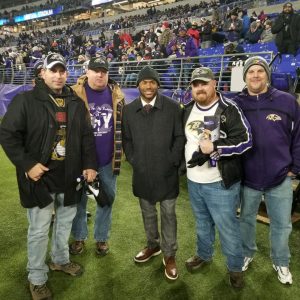 They eventually made it up to their front row club level seats to watch the Jets and Ravens kick things off!  With a win, the Ravens clinch their division and secure a home playoff game.  MVP Candidate Lamar Jackson did not let the home crowd down. 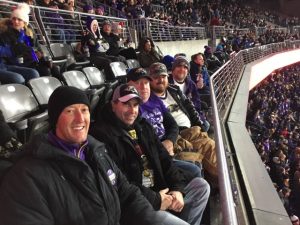 He continued to play incredible football and tossed 5 touchdown passes in the game!  The Ravens crushed the Jets 42-21!

It was an honor to host Robert, Michael, Mark and Steve at the Ravens game and we are forever grateful for their service and sacrifices!

My dad will be bussing over to Philadelphia for the Army Navy game on Saturday.  Stay Tuned… 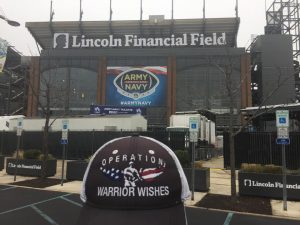