We kicked off week 13 of our mission on Thanksgiving day in Detroit. 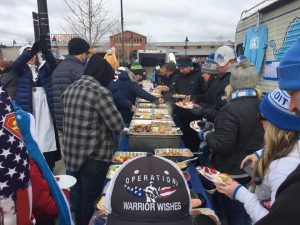 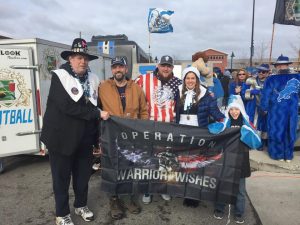 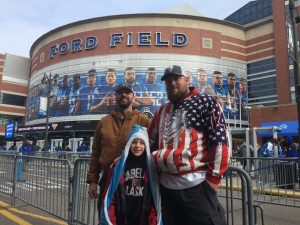 My dad took a train back home after the Lions game to enjoy some Thanksgiving leftovers and the local Electric Light Parade with the grandkids before heading off to our next mission. 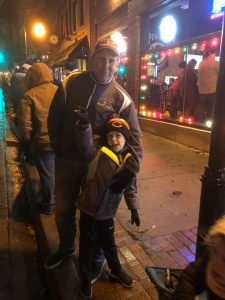 Fellow Director, Bill Heaton and my dad hit the road at 5:30 am Sunday morning and made their way to Indianapolis to make some wishes come true at the Colts game. 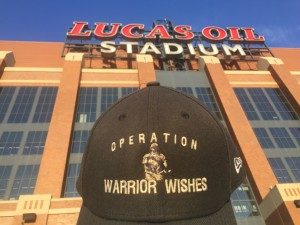 Throughout the years we have made some unforgettable memories making wishes come true in Indy. Here are some of our favorites. 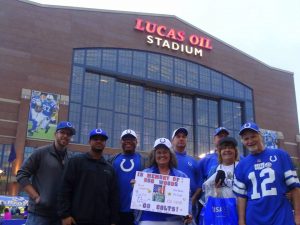 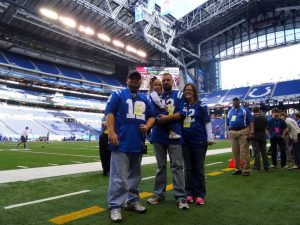 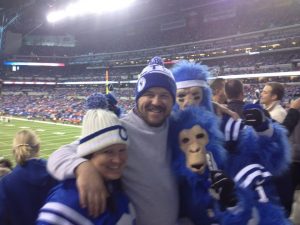 Today we had the honor of hosting Army SGT Ryan Phillips and Army SPC Alison Trueblood.

SGT Philips joined the US Army at 17 yrs old. The first 10 years as an infantry soldier and the last 13 years as an engineer. Ryan served overseas in Saudi Arabia and Iraq. He was then medically retired after 23 years of service. After retiring, he received a bachelors in business management and now owns his own custom woodworking business. Ryan is married to Melissa and they have two children, Chloe and Caden. He loves spending time with family and his dog Berlynn. 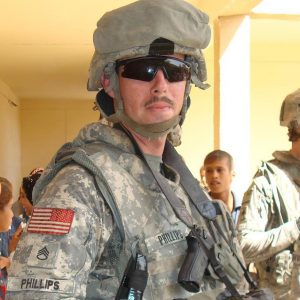 SPC Trueblood served in the Army from March 2007 until June 2011 as a Financial Managament Technician. She was stationed at Fort Jackson, South Carolina, Camp Casey, South Korea, Fort Lewis, Washington, and served on one deployment to Afghanistan. 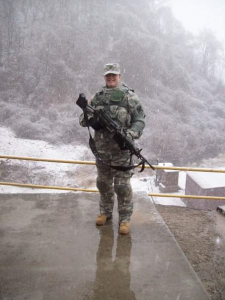 Bill and my dad met up with the warriors outside of Lucas Oil stadium. 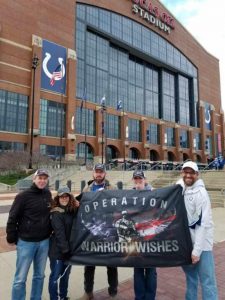 And made their way to the exclusive VIP Bullseye Tailgate! Our friends at Bullseye have been helping us make Warrior wishes come true for the past few years. They have hosted warriors at their NFL Players tailgate at the Super Bowl and every Colts game! We’re thankful for their support! 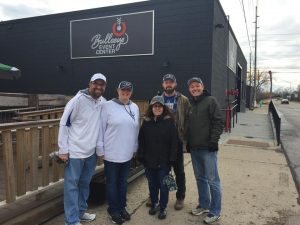 The group enjoyed great food and good company before heading inside to watch the Colts and Titans battle to keep their playoff hopes alive. 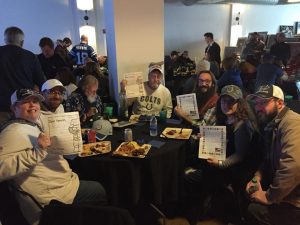 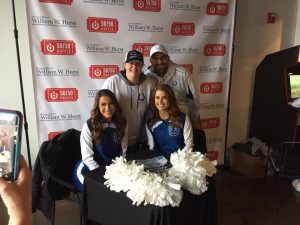 An early turnover led to a Colts touchdown to give them a 7-0 lead. The Titans answered with a touchdown of their own and the Colts kicked a field goal to take a 10-7 lead into the half.

They added another touchdown early in the third quarter, but the Titans took over from there…  Derrick Henry and the Titans went on to score 24 unanswered points and beat the Colts 31-17.

Operation Warrior Wishes would like to thank Allison and Ryan for their service and sacrifices.

On top of making these Warrior Wishes come true at today’s Colts game, we also had the honor of hosting Warriors at the Steelers, Jaguars & Chiefs games today! 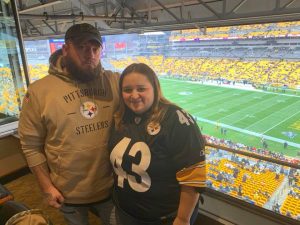 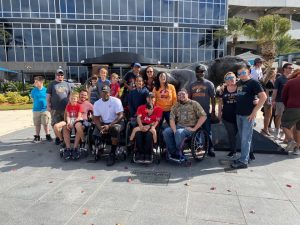 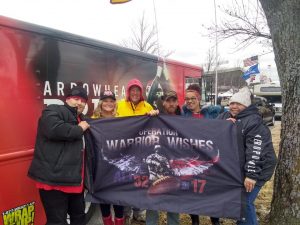 My dad will be back in action next week at the Thursday night Bears game. Stay tuned! 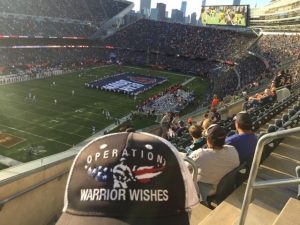