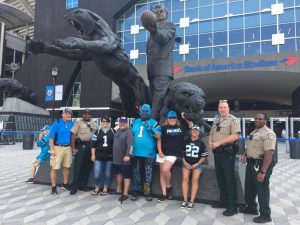 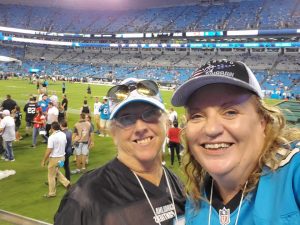 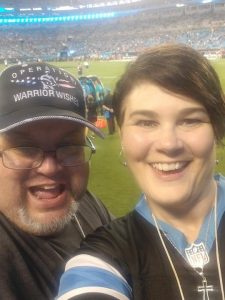 My dad did some sightseeing around Charlotte on Friday before catching his first $1 megabus ride of the season to Atlanta. 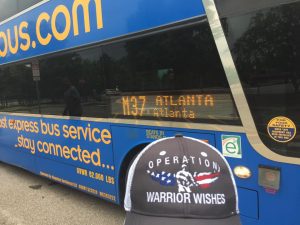 We have made some amazing memories making Warrior Wishes come true in Atlanta. We’ve hosted warriors at both the old and new stadiums for both the Braves and Falcons. And we even had the opportunity to make Wishes come true at the Super Bowl in Atlanta back in February! 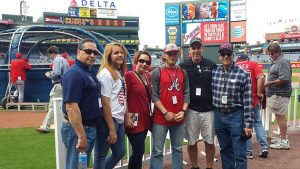 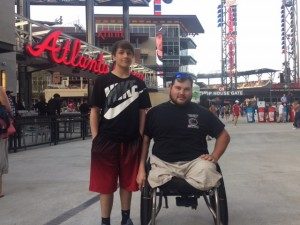 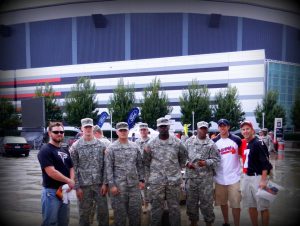 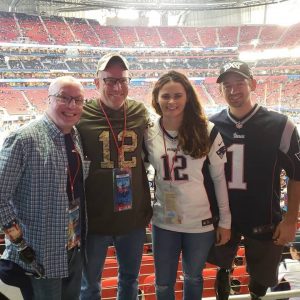 Today we were honored to be hosting 2 different families rooting for 2 different teams at the game. Army Sgt Wayne Stiles and his family was geared up rooting for the Falcons… 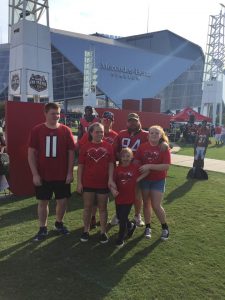 And Army Sgt Paul DiPaolo and his family was cheering on the Eagles! 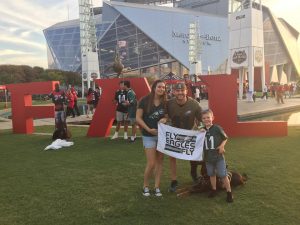 Sgt Stiles was injured, just days before coming home from Afghanistan in july of 2016. Wayne was nominated to us by his wife, who tells us that he absolutely “LOVES” the Falcons. Her wish was to send her husband to a game with the family. It’s an honor to make this warrior wish come true!

Army Sgt Paul DiPaolo joined the Army in 2012. Unfortunately, he had to medically retire from the Army in 2017.  Today, Paul is back in school full time. His wife, who nominated him, says “he works his butt off to maintain passing while navigating through surgeries, procedures and appointments. There is only one time I see him truly escape from life for a little bit and that’s when his Philadelphia Eagles are playing! He bonds with our 6 year old mostly through this! They share the same passion watching and cheering together.” 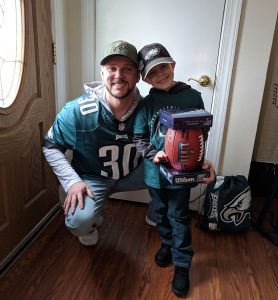 My dad & I can relate to Paul & his son well. Because we too bonded through football. It was an honor to host them at their first ever Eagles game together!

Before the game, my dad met up with the DiPaolo family at the Georgia Aquarium. 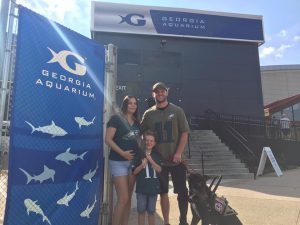 The Georgia Aquarium is home to hundreds of exhibits and tens of thousands of animals across its seven major galleries, all of which reside in 10 million US gallons of marine and salt water! It claims to be one of the largest aquariums in the world!

While the DiPaolo family enjoyed touring the aquarium, my dad made his way to meet the Stiles family for lunch before the game. 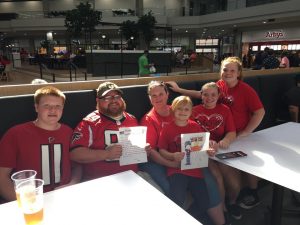 Eventually both families made their way over to the Mercedes Benz stadium. 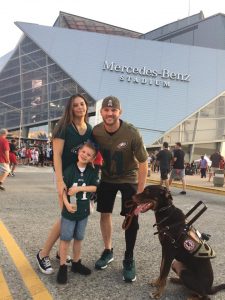 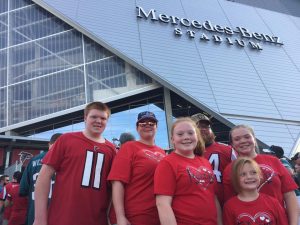 Thanks to Steve Cannon, the chief executive officer of AMB Group, the Stiles family had the opportunity to watch pregame warm ups from the field! 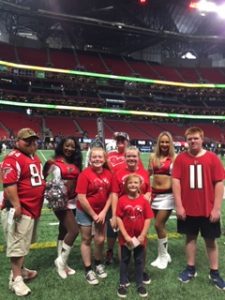 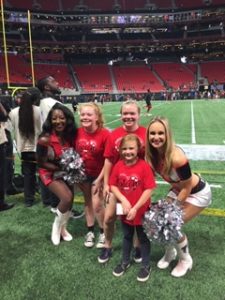 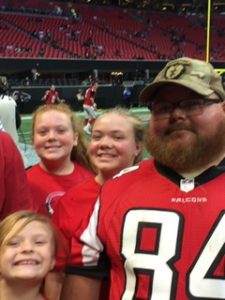 We cannot thank Steve enough for his support throughout the years. From helping us make Warrior Wishes come true at Super Bowl, to helping us host a group of warriors in a suite in New Orleans, he has helped make a lot of wishes come true! Steve is also a veteran him self, so we are thankful for his service too!

Both families enjoyed cheering on their teams.  The Falcons pretty much dominated the Eagles in the first half, but the Eagles never gave up and scored a go ahead touchdown with 3 minutes left in the game.

On 4th down with a little more than 2 minutes left in the game, Matt Ryan connected with Julio Jones who sprinted sown the field for a 53 yard touchdown and sent the stadium into a frenzy!  It was a very exciting game for both teams but in the end, the Falcons won 24-20.

After the game, my dad made his way to the airport to get a couple of hours of sleep before his 5am flight to Newark NJ.  He will be back in action tomorrow making wishes come true at the Jets game!  Stay tuned for more details!