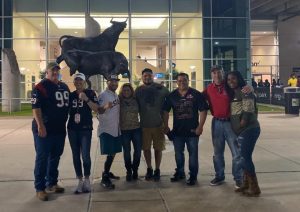 My dad was able to come home for about a day and a half before literally getting “back on the bus” and heading out to Cincinnati. 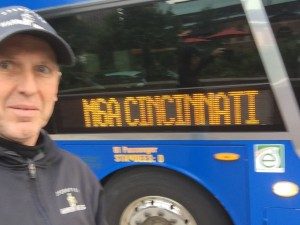 Throughout the years we have made some unforgettable memories making Warrior Wishes come true at the Bengals games. 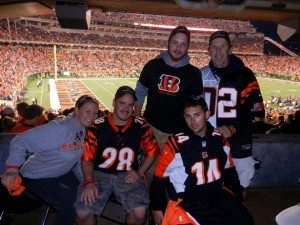 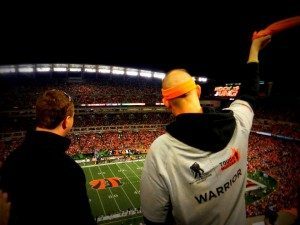 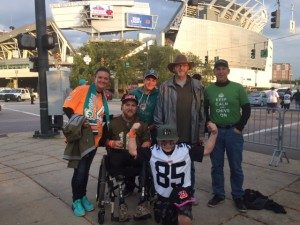 Our friends at the Bengal Bomb squad have played a big part in making all of these moments possible. They have been hosting heroes at their tailgate since we started our mission in 2012. Who Dey Baby, Big John and their entire Bomb Squad crew go above and beyond every year. It’s one of my dads favorite stops on our All32in17 mission. 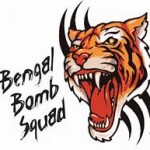 On top of hosting us this year, the Bomb Squad also raised nearly $3000 to make more wishes come true! We cannot thank them enough for their continued support!

My dad arrived in Cincy late Saturday night and actually got a good night sleep on a bed in a hotel! You’re probably as shocked as I am…  He was up at the crack of dawn to head out to Paul Brown Stadium, home of the Bengals. Upon arrival, he took a quick power nap outside the stadium before meeting up with the warriors for the pregame meal. 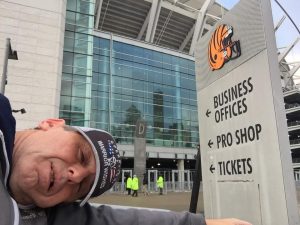 Today we had the honor of hosting Air Force TSgt Dustin Hoover, Army Sgt Kevin McGuffie and Krista Williams, the Gold Star Widow of Fallen Hero Army SSG Wesley Ross Williams.  The group met for brunch at Moerleins and got to know each other before the game. 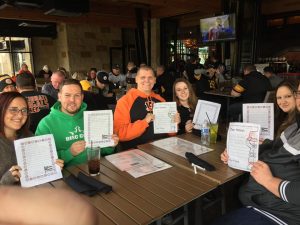 The Moerlein Lager House offers a guest experience unlike any other. Located across the street from the stadium, they are a working microbrewery producing a full line of Moerlein craft brews and delectable fare featuring grain spent breads and smoked rotisserie meats. Moerlein’s has been helping make wishes come true since 2013, so make sure to stop by the next time you’re in town!

After everyone filled up on food, they made their way over to a couple of tailgates. The first tailgate was our friend, Greg Eifert’s tailgate. You may recognize the last name and yes, Greg is Tyler’s dad. Greg and Tyler have been amazing throughout the years always taking time to show the warriors their appreciation and today was no different. Tyler planned to meet the crew after the game. 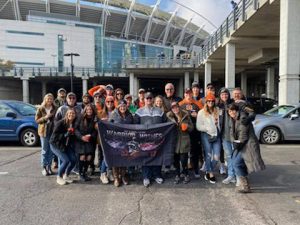 Then the group headed over to meet up with Who Dey Baby, Big John and the Bengal Bomb squad. As usual, they took great care of the warriors. 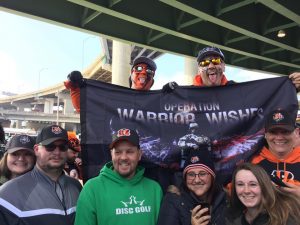 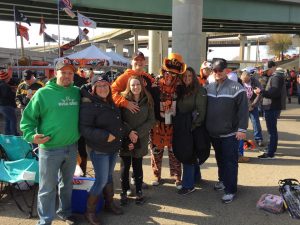 Unfortunately the Bengals have yet to win a game this season… last year we brought some luck to another Ohio team, the Browns as we cheered them to their first victory in nearly 2 years. This year we hoped to bring some luck to the Bengals.

The game got off to a slow start. Playing their rivals, the Pittsburgh Steelers, the Bengals took a 7-3 lead into the half. 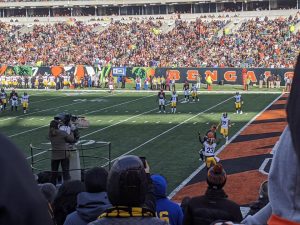 After the Steelers benched their QB, the backup, Develin Hodges, connected with James Washington for a 79 yard TD. The teams headed into the 4th quarter tied at 10. But in the end, the Bengals offense failed to put up points and the Steelers kicked 2 field goals in the final quarter to beat the Bengals 16-10.

Despite the loss, everyone had a great time at the game. And as promised, Tyler Eifert took the time to show his appreciation to the warriors after the game. We gave each Warrior an Eifert Jersey to get signed. 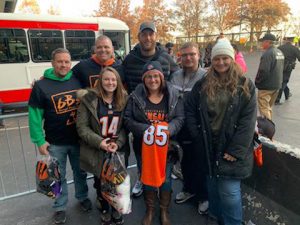 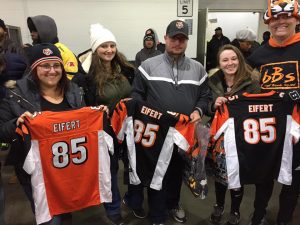 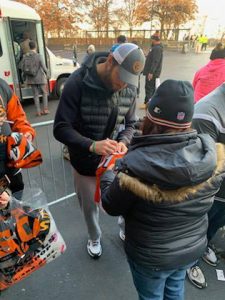 Operation Warrior Wishes would like to thank TSgt Dustin Hoover, Army Sgt Kevin McGuffie and Army SSG Wesley Ross Williams your service and sacrifices are appreciated and you will never be forgotten!

My dad plans to get a good night sleep at the Cincinnati airport before catching his 7am flight to Los Angeles. He will be making Wishes come true at tomorrow’s Rams game! Stay tuned… 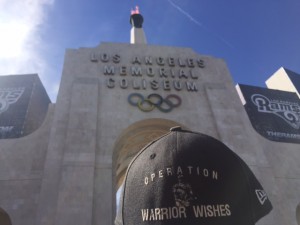