After making wishes come true at the Thursday night Redskins game, my dad hopped on a bus to Boston to get ready to host warriors at the Patriots game. 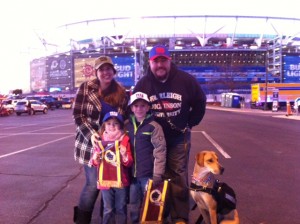 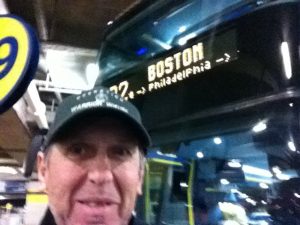 He had a couple of days to spend in Boston, which is one of my dads favorite city’s.  from the Harbor to freedom trail, to the Original Cheers bar, there is a lot to do and see in the city.  Plus, throughout the years, we have made a lot of friendships in Boston, which is another reason why my dad enjoys spending time there.  He arrived in “Beantown” Friday evening & spent the night at the airport. 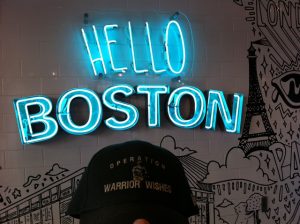 He spent all day Saturday sightseeing around town & took in a Christmas concert downtown.  Eventually he made his way back to the airport for the 2nd straight night to get some rest before Sunday’s Patriots game. 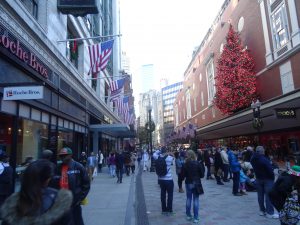 He was up early to make his way to Foxboro.  Unfortunately, Boston has limited options to get to the stadium from downtown via public transportation, so my dad had to take a cab 40 miles which cost him more than all his megabus trips all season… It’s amazing that they don’t offer more options on gamedays.

Today we are honored to be hosting Army Sgt Peter Smyth and Army Spc Kevin Demmons.  Both warriors are huge Patriots fans & neither of them have ever been to a game before. 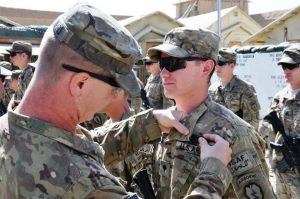 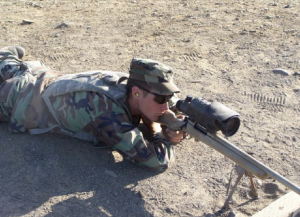 My dad arrived at the stadium around 9am.  Army Spc Demmons & his wife were already there waiting for my dad.  They decided to get there early to avoid traffic.  While waiting for our friends to set up the tailgate, they walked around the stadium to get some pictures.  It was clear that they were excited to attend their first ever game! 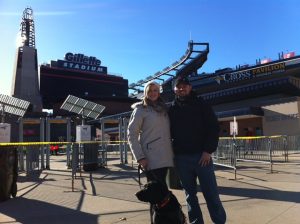 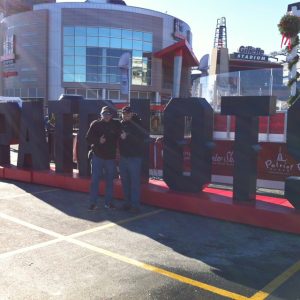 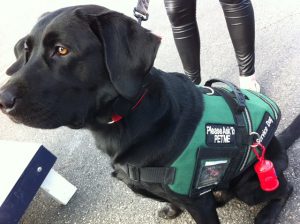 Eventually they made their way over to meet up with Clayton & the Maine “Lobstah” fishermen to tailgate.  While the Demmons enjoyed eating lobster at the tailgate, my dad made his way back to the stadium to meet up with Sgt Peter Smyth and his wife, Ashley. They too snapped some pictures in front of the stadium before heading over to the tailgate. 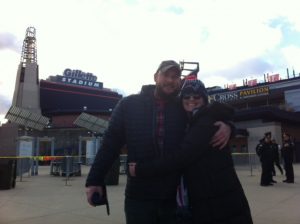 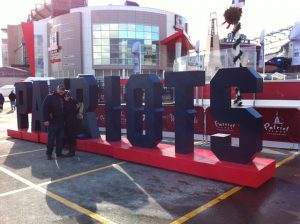 Clayton & his Lobster Fishing tailgate friends have been making Wishes come true in New England since 2012 when our mission began.  We cannot thank them enough for their support!  The Group enjoyed getting to know each other over some delicious food, refreshing drinks & had some fun playing games at the tailgate. 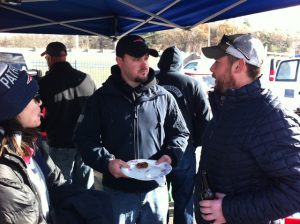 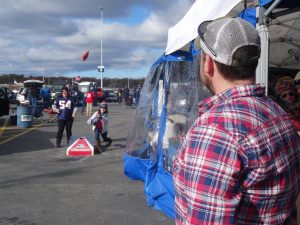 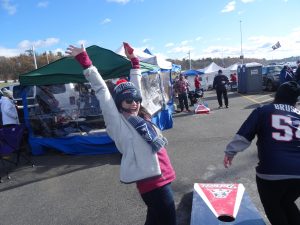 Before making their way inside the stadium, my dad presented the warriors with thank you letters & new Patriots caps, courtesy of New Era. 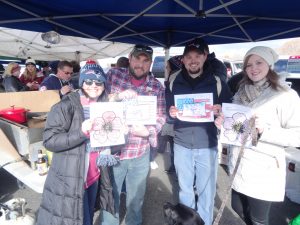 For the 2nd time this season Patriots Defensive assistant coach, Brendan Daly, helped make these wishes come true & provided tickets to the warriors.  He personally thanked Army Sgt Peter Smyth and Army Spc Kevin Demmons & presented them with the tickets immediately following his 11am team meeting before the game.  Coach Daly has been making Wishes come true since he coached in Minnesota in 2012!  We are extremely thankful for his generosity & support! 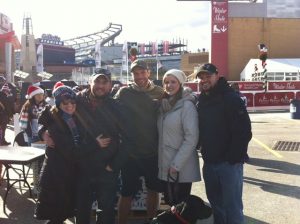 On their way into Gillette stadium, the guys stopped to take a picture with the cheerleaders. 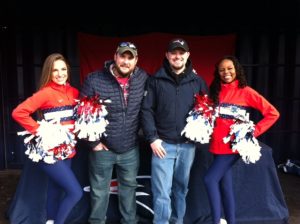 On a perfect day in Foxboro, The warriors were pumped up to see their fist ever Patriots game in person.  The Patriots didn’t disappoint!  They scored early & often against the Miami Dolphins giving the warriors & their wives plenty to cheer about as they rolled past the Dolphins 35-17.  It was the perfect ending to a perfect day! 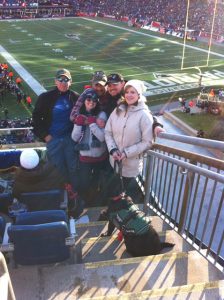 After the game, everyone headed back to the tailgate to thank Clayton and his crew before saying their goodbyes.  As they were about to part ways, Army SPC Kevin Demmons said “You are changing lives sir. Thank You.”

My dad was left speechless.  It’s not the first time we have heard those words, but it’s humbling when we do.  We just want these warriors to know that their service and sacrifices have not gone unnoticed & that they will never be forgotten.  We don’t know if we are really changing lives, but we are very proud and humbled to have had the opportunity to give back to more than 3000 warriors over the past 5 years.  Each experience is special & we are forever grateful to each and every person who has served & sacrifices for our country.

My dad and I couldn’t have made all these wishes come true without the good people & organizations who have helped us out over the years.  Today we want to recognize Coach Brendan Daly for providing tickets and taking the time to personally thank the warriors for their service on a Gameday.  We also would like to thank Clayton & his crew for the tailgate, hospitality and extra ticket so my dad could enjoy the game too and Thanks to New Era Cap for outfitting the warriors with Patriot Caps! 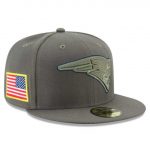 Thankfully my dad was able to catch a free train ride back downtown to avoid another pricey cab ride.  He will be spending the night on an overnight Greyhound Bus from Boston to Baltimore where he will be making Warrior Wishes come true at the Monday night ravens game!  Stay tuned for more details! 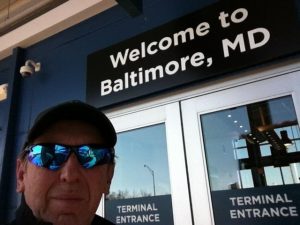