My dad had a nice easy weekend compared to last weeks missions spanning across the country in NY, Philadelphia, San Francisco & Seattle. 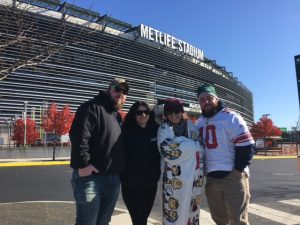 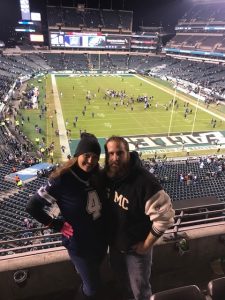 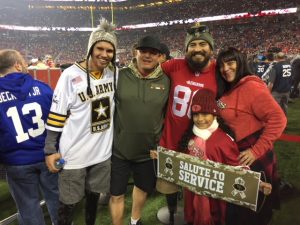 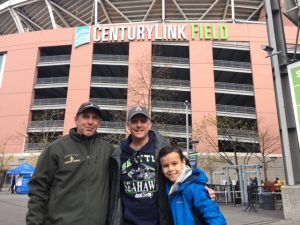 Here is a crazy map to show all of the travel my dad has done since September to make wishes come true! 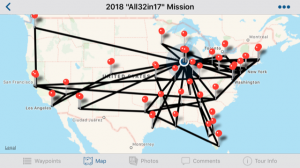 This weekend he only had one game and it was in Indianapolis, just a 3 hour drive away. 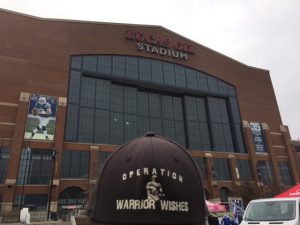 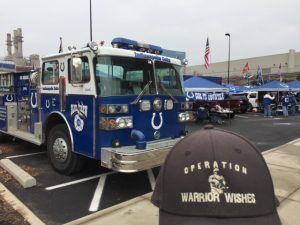 I dropped my dad off at the train station Saturday afternoon and he headed downtown Chicago to catch his $1 megabus to Indy.

Today we had the honor of hosting Army Sgt Ken Harker and Marine Nicholas Moore.

He met up with the warriors and their wives at the Bullseye VIP tailgate before the game. The Bullseye Group has been truly amazing helping us make Wishes come true over the past few years. They have hosted warriors at both Colts and exclusive Super Bowl tailgate parties! They serve amazing food and provide unforgettable experiences. Best of all, their tailgate is located right across the street from the stadium! 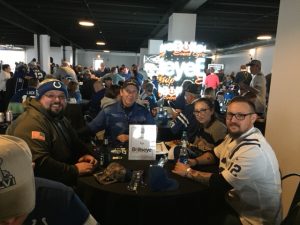 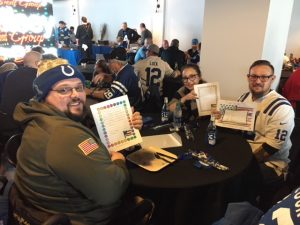 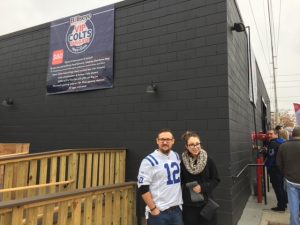 The group enjoyed getting to know each other over a delicious meal while hanging out at their reserved table.  They also had the opportunity to meet some former players and even got to take a picture with the cheerleaders! 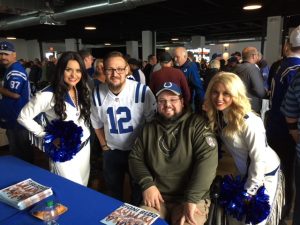 Sgt Harker has been to a few games at Lucas Oil stadium before, but this was Nick’s first game at The Colts new stadium. He told my dad stories about going to the RCA dome when he was younger. Both warriors were excited and thankful for the opportunity to see their Colts play!

After they finished up at the tailgate, they made their way across the street and made it to their seats just in time to see the National Anthem. 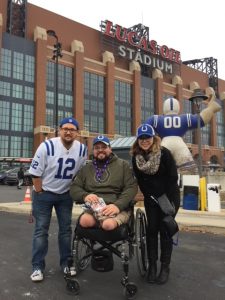 My dad always tries to make it a priority to get the warriors in their seats before the National Anthem and opening ceremonies. Especially during the Salute to Service games. 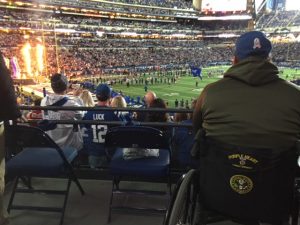 The Colts were playing the Titans in an important divisional matchup. Vegas did not expect a very high scoring game, but the Colts treated the warriors and the home crowd to an offensive explosion!

Andrew Luck tossed 4 Touchdown passes and the Colts D shut down the Titans offense! The Colts went on to beat the Titans by the score of 38-10! 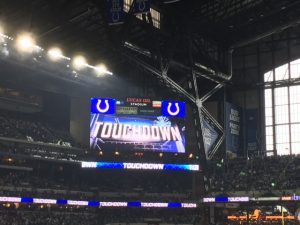 Most importantly, we want to thank Ken & Nick for their selfless service and sacrifices to our country! 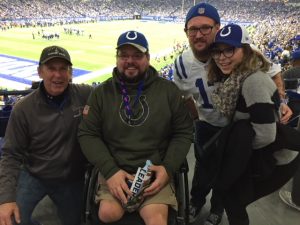 My dad probably would have made Wishes come true in LA at tomorrow’s Rams game, but originally the game was scheduled to be played in Mexico. So we didn’t have time to pull it off…

So he will get a couple extra days to relax before making his way to Detroit to celebrate thanksgiving with the warriors at the Lions game. Stay tuned! 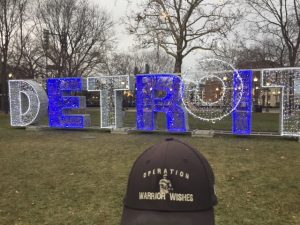