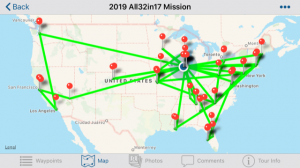 My dad got some R & R Tuesday morning upon his return home after hosting warriors at the Steelers game on Monday night. 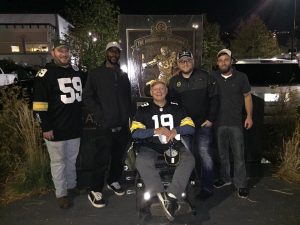 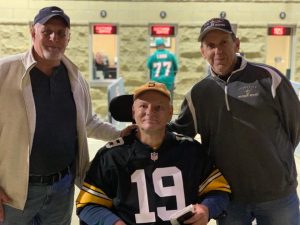 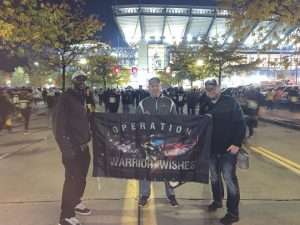 For the first time in a long time, he actually had 2 full days to catch up and even snuck in a game of Candyland with the grand kids! 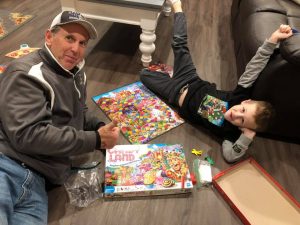 Although my dad was not in Houston Tuesday night, we also had the opportunity to make some wishes come true at the World Series! 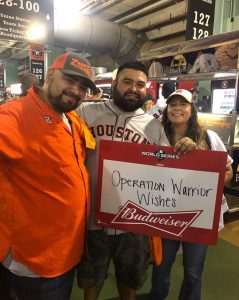 At 5 am Thursday morning, my dad headed out to the airport to catch his flight to Phoenix. 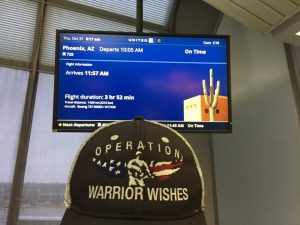 A freak October snow storm on Halloween tried to disrupt our plans, but thankfully my dad made it out of Chicago and into Phoenix without any weather delays. 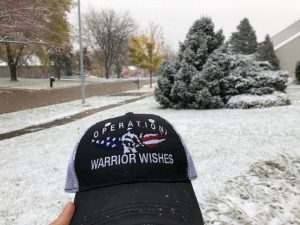 Upon arrival he was greeted by fellow board member Ralph Soto in Arizona. Ralph picked up my dad and escorted him over to the stadium. Thanks Ralph! 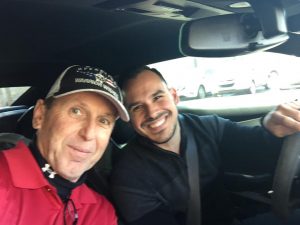 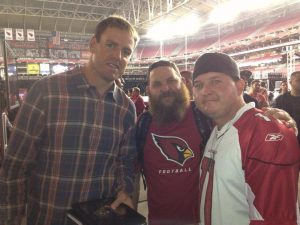 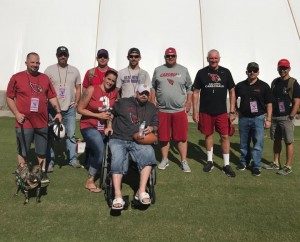 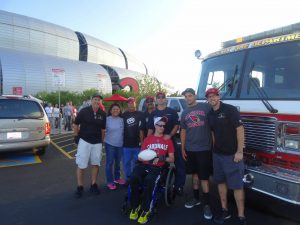 My personal favorite memory is when one of our guests pulled off a KIA bracelet from his wrist and gave it to me. It’s a moment that changed my life and I will never forget. 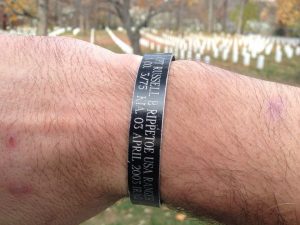 When I learned what the bracelet represented I felt as if there was no way I could accept it. This warrior’s “brother” made the ultimate sacrifice for us. I immediately attempted to refuse the offer. But Greg wanted me to have this bracelet and wear it proudly every day to remind me that there are people out there willing to sacrifice everything to give us something.

Army Cpt Russell B. Rippetoe will never be forgotten. To this day I have worn a KIA bracelet on my right wrist since the day Army Sgt Gregory Parker presented it to me. Every day I’m reminded how lucky we are.

I had the opportunity to pay my respect to Cpt Rippetoe the last time I was at Arlington National Cemetery and was shocked to see Russ’ uniform in the Smithsonian. We has no idea it was on display! 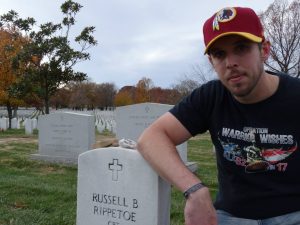 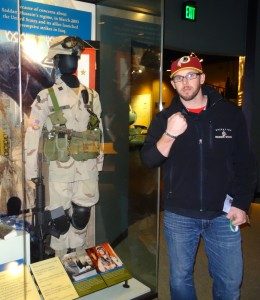 Today we had the honor of hosting Army SSG Ben Woods and his son in the front row at the Cardinals game! 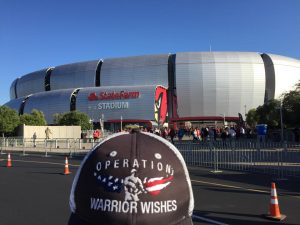 My dad met up with Ben and his son at Buffalo Wild Wings for a delicious pregame meal. Thanks B-Dubs! 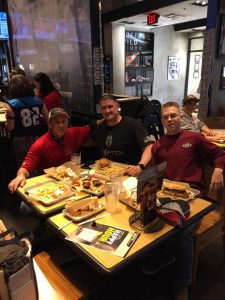 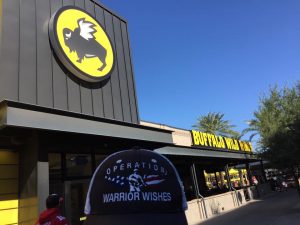 From there the group headed over to the “Red Rockin” tailgate for some more pregame fun! 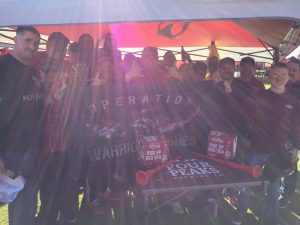 Eventually they made their way into State Farm stadium, home of the Arizona Cardinals to watch the undefeated 49ers take on the Cardinals. 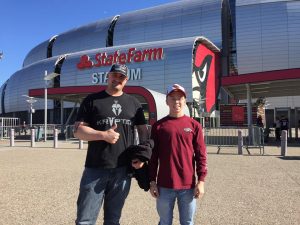 As I mentioned before, SSG woods and his son got to enjoy the game from their front row seats! 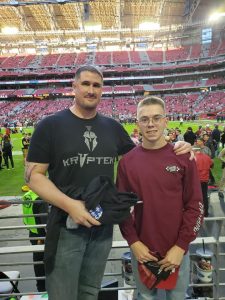 The Cardinals newly acquired running back, Kenyan Drake, made a big splash to start the game and scored a touchdown on the first drive of the game.  But the 49ers quieted the crowd with 3 touchdowns of their own to give them the 21-7 edge at the half.  The Cardinals fought their way back into the game in the 2nd half, but ultimately fell short losing 28-25.

Despite the loss, SSG woods and his son had a great time at the game!  Operation Warrior wishes would like to thank Ben for his dedicated service and sacrifices for our country!

My dad made his way back to the Phoenix airport after the game and jumped on his first overnight flight of the season.  He will be back in action this weekend making wishes come true in Pittsburgh and New York! Stay tuned… 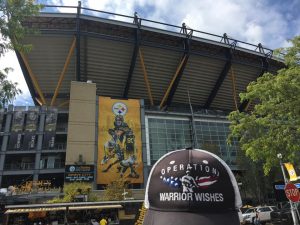