It’s been a wild week of making Wishes come true as we kicked off our 6th Annual “All32in17” mission to host and honor warriors at all 32 NFL stadiums throughout the 2017 season!  On Thursday, my dad was in New England & yesterday he was back in Chicago hosting warriors at “Da” Bears game! 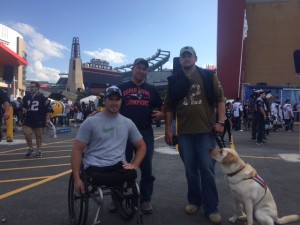 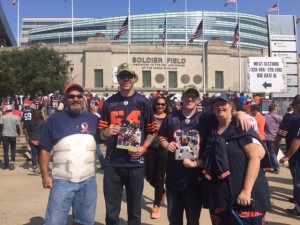 To wrap up week 1, my dad made his way up north via his 1st $1 overnight megabus of the season to make Warrior Wishes come true in Minnesota at the Vikings game! 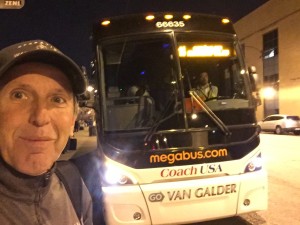 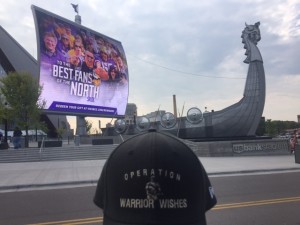 After his 9 hour bus ride, he arrived in downtown Minneapolis at 8:15am.  He made his way into a local hotel lobby to start working.  The TV in the lobby was covering 9/11 ceremonies & my dad reflected on the impact that day has had on so many lives.  It’s truly hard to believe 16 years have passed since that horrific day.

Today we had the honor of hosting Army WO1 Forrest Pryde, Army Sgt Frank Ristow and Army Sgt Larry Maurer. We are also honoring the legacy of Larry’s brother In law, Fallen Hero Matt Van Auken. (Meet the warriors below) 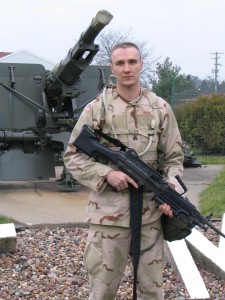 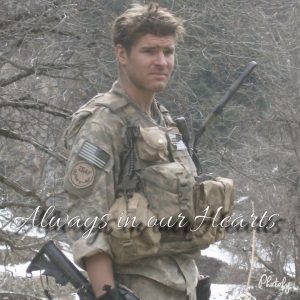 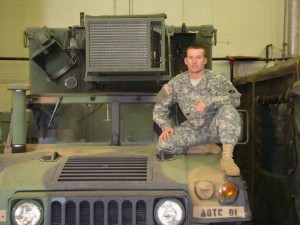 While waiting for the warriors to arrive, my dad checked in with KARE 11 NBC, Chris Hrapsky, regarding  a meeting place later this afternoon. Chris has been following our mission over the years & wanted to share the warriors & our story on the local news while we were in town.

With everything all set to go, my dad made his way over to Day Block Brewing to meet the warriors for dinner.  Located two blocks away from the stadium, Day Block Brewery has it all: delicious beers, live music, and stellar snacks!  It is the perfect place to meet up before and after Vikings games. 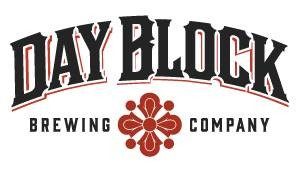 Chris from KARE was the first to arrive.  He introduced my dad to his photojournalist Carly & did an quick interview with him before the guys arrived.

Sgt Frank Ristow and his friend/PCA Reed were next to arrive. Frank’s wife surprised him with this experience, earlier in the week & he was pumped up to see his Vikings in action!

At dinner, my dad presented the warriors a few thank you letters & their new Vikings caps courtesy of New Era.  Chris conducted interviews & everyone enjoyed their pizza! 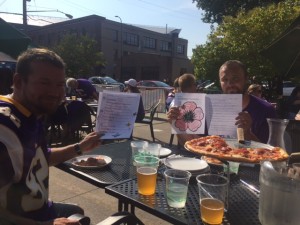 Kudos to Day Block Brewing for having our table and the pizza ready and waiting for the warriors.  We cannot thank them enough for providing a delicious pregame meal & the perfect place to get to know the warriors before the game. 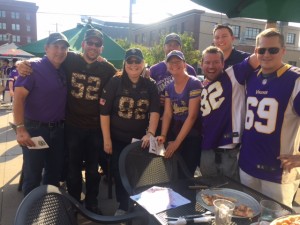 From the metrodome to TCF stadium, to the new US Bank stadium, we have made some unforgettable memories making Wishes come true in Minnesota! 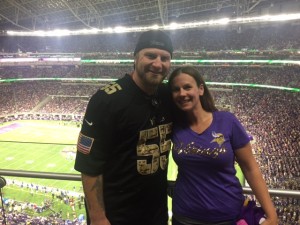 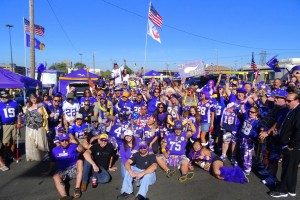 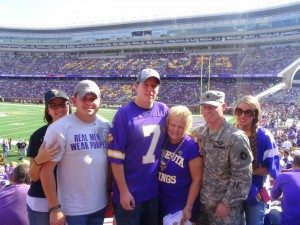 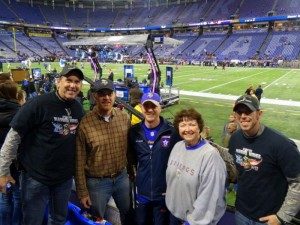 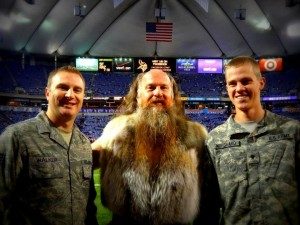 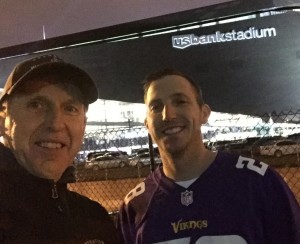 After dinner everyone made their way to the stadium.  The new state of the art US Bank stadium is absolutely stunning both inside and out!  Our favorite part of the new stadium is the ship.

The warriors were treated to a once in a lifetime experience on the field before the game thanks to Chris Hawkey of I Heart’s K- FAN Radio. 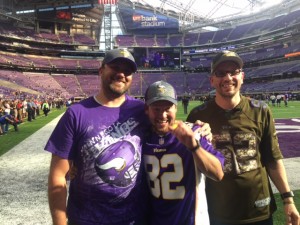 They got to take pictures with cheerleaders, mascots, The ESPN Monday night crew… 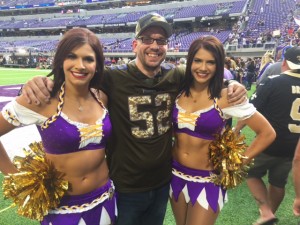 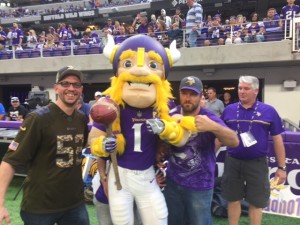 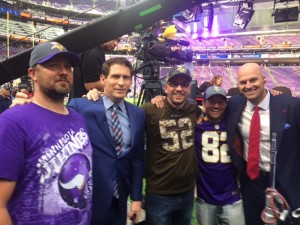 And even got to high five former Vikings running back Adrian Peterson!!!  Needless to say, the warriors enjoyed their time on the field! 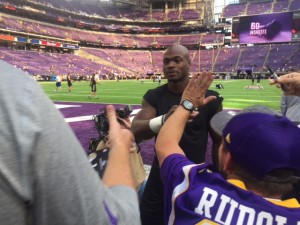 Eventually everyone had to make their way to their seats to kickoff the Vikings 2017 season.  The warriors were all avid Vikings fans & had a lot to cheer about all game long as they dominated the Saints all game long.

The Vikings spoiled Adrian Peterson’s return to Minnesota & held their former Running back to only 18 yards on 6 carries. Meanwhile, Vikings Quarterback Sam Bradford had a huge night throwing for more than 300 yards & 3 TD’s leading his team to a 29-19 victory over the Saints! 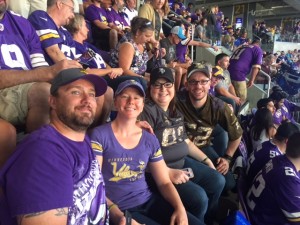 Operation Warrior Wishes would like to thank Chris and Carly from KARE 11 TV for putting together this feature story about our mission.

We also want to thank Chris Hawkey of IHeart’s K- FAN Radio for providing field passes for the warriors to get our heroes onto the field, Old Spaghetti Factory and Day Block Brewing for offering to host the warriors for our PreGame Meal & New Era cap for providing the warriors with new Vikings caps!  Thank you to Seth from ESPN as well as Matt Hasselbeck and Steve Young for taking time to thank the warriors for their service.  And Thank You to Logan Johnson of the Vikings front office for also taking his time to meet the warriors. 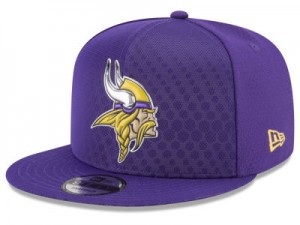 Most importantly, we want to thank Army Sgt Frank Ristow, Army Sgt Larry Maurer, Army WO1 Forrest Pryde & the family of for their service to our Country.  (Meet The Warriors Below)

My dad hopped on another overnight Megabus after the game to head back to Chicago. Next up – Cincinnati Bengals 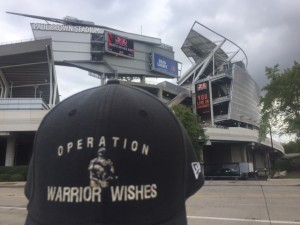 Frank  served as a sergeant (E5) in the US Army/National Guard and was an air traffic controller.  He loved every second of it. He served in one combat deployment in AFG, during which his flight tower was hit by an RPG.  Due to this, he was medically retired July 2014.

Today, Frank LOVES fishing and anything to do with the outdoors.  If he’s not helping out a friend or family member in need, he is out on his boat fishing or down on the St. Croix river camping, kayaking, or hiking or playing around with his two dogs. Sgt Ristow is a diehard Vikings fan! 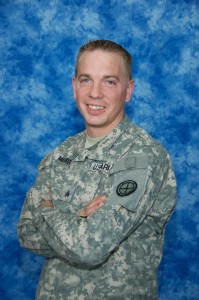 Sgt Larry Maurer spent 12 years total in the Minnesota Army National Guard. He started as a Blackhawk mechanic and moved up to a Chinook mechanic and ended his service as a Sergeant. He stepped up and knew exactly what to do when my brother in law lost his battle with PTSD.  Larry’s family says they have no idea what we would have done without him.
Army Matthew R. Van Auken

Matthew R. Van Auken served for 3 years and almost 4 months in the Army Infantry. He spent over a year in Afghanistan where he lost two members of his team the first month they were there.  Unfortunately, he lost his battle to PTSD on May 13, 2016. His nephew, born October 14, 2016, was named Matthew in his honor.
Army WO1 Forrest Pride

Forrest joined the Army reserves in 1995, and went to basic training and AIT after high school in 1996.  He was deployed in 2004 to Balad Iraq, and spent 14 months there as a battalion intelligence NCO.  His job was basically collecting reports on threats in the area, and reporting to the units who were going in those areas.

He met his wife 3 months after he got back from Iraq.  she says they were both living in Mankato, MN and we met thru a mutual acquaintance.  “From the first time I met him, he talked about becoming a pilot for the Army.”

He had studied Aviation at Mankato State, and planned to continue his military career as a C12 pilot.  Forrest told his wife “Any day now, I can be called up and sent to flight school.”  He got that call the day before their wedding.  They got married August 23, 2008 and he left for Ft. Rucker in September 2008.”

On June 22nd, 2009 Forrest was a sole survivor of a helicopter training accident at Ft. Rucker, AL.  He sustained several injuries during the accident which included several vertebrae in his lower back shattered, 2 fractures in his neck, and he was later diagnosed with a Traumatic Brain Injury.  He was in the hospital for seven days, during that time they placed hardware in his lower back to stabilize the area and put him in a neck and back brace for six months until the bone healed.  The healing process was long and hard, but he did amazing!

Today, Forrest & his family live in Farmington, MN working for Customs and Border Protection at the hiring center as a Human Resources Specialist.  His job is basically processing job applications, and hires US Boarder Patrol Agents.  Forrest’s wife says “he is an amazing husband and father.  Not only does he work extremely hard to provide for our family, but he does everything possible to make our home life a happy one.”