Since Kicking off our 2017 “All32in17” mission on Opening night in New England, we have been honored to host warriors at 25 games this season!

This week, my dad kicked off week 9 in New York.  He took an early morning flight from Chicago & landed in the Big Apple around 9am. 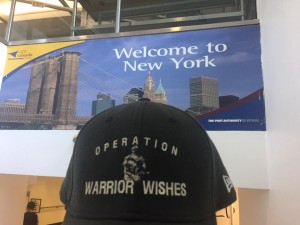 Upon arrival, he immediately made his way to the Meadowlands to tie up loose ends for today’s Jets game.

Over the years we have made some unforgettable memories making wishes come true at the Jets games.  Here are some of our favorite moments! 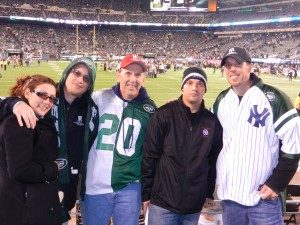 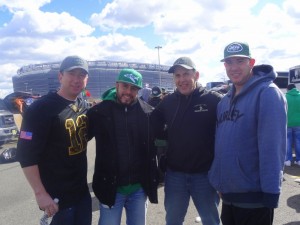 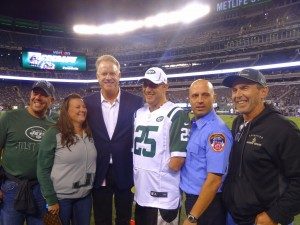 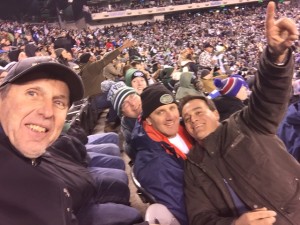 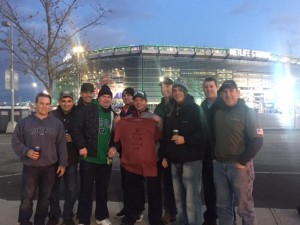 We were honored to be hosting Army Veteran David Mormak, Marine Richard Lucas and 39 year Air Force Veteran Anne Maker at today’s game.  All 3 of them were big Jets fans & nominated to us by the Central NJ warriors group.

Our friends at Redd’s provided parking & a shuttle to the stadium for the warriors.

Air Force Veteran Anne Maker was the first to arrive. Her 39 years of service may be the longest serving veteran that we have ever hosted. My dad had a few minutes to get to know Anne while they waited for our other guests to arrive.  Her dedication to our country is incredible!

Marine, Richard Lucas was next to arrive.  Richard is currently in Law School and hoped to one day handle domestic law cases on pro bono basis, to “help those who can’t afford legal representation.”

While waiting for David to arrive, The group had the honor & privilege to meet the “Redd” himself.  John”Redd”Palsi introduced himself to the group.  My dad thanked him & his son for their continued support over the years.

John said “We better damn well take care of them – we can’t do enough for those guys!” And then proceeded to show them a photo and model replica of the Navy aircraft carrier he served on, displayed right in front of his restaurant when you walk inside.

Once Army Veteran David Mormak arrived the group got to know one another, snapped a picture & hopped on the Redds Shuttle to MetLife stadium to tailgate with the L7 Tailgate crew! 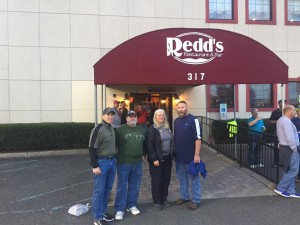 Our friend, Joe Carlson is the ultimate Jets fan!  He and his “L7” tailgate crew welcomed the warriors with open arms, just like they always do. 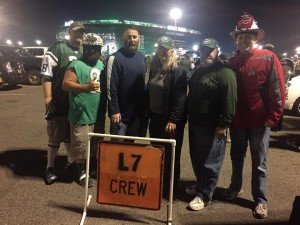 While everyone was enjoying the pregame entertainment over meatball sandwiches, Mac & cheese and a few drinks, my dad presented them all with new Jets caps courtesy of New Era & surprised them with Front row tickets to the game! 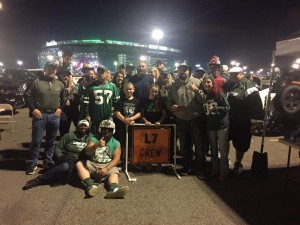 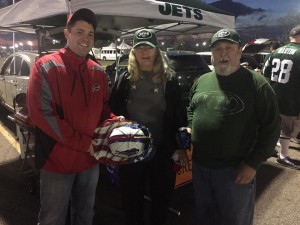 They all thanked Joe & his crew for the hospitality before heading over the stadium to take advantage of the front row experience. 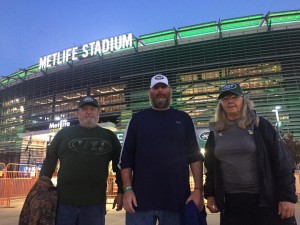 Sitting in the front row, just above the play clock, they captured some great pictures throughout the game.  I even saw them on TV a couple of times! 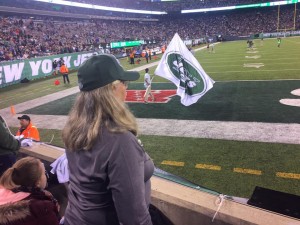 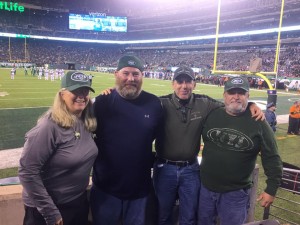 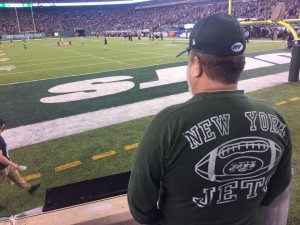 The Jets were facing the Bills in an extremely important divisional game.  They came in as the underdog, but ended up coming out on top!

Operation Warrior Wishes would like to thank Redd’s for their continued support in helping us make wishes come true at MetLife stadium.  We also want to thank Al from the Central NJ wounded warriors group for the nominations, Joe & his tailgate crew for the incredible hospitality & our friends at New Era for providing Jets caps to the warriors! 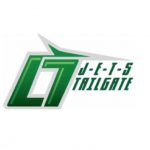 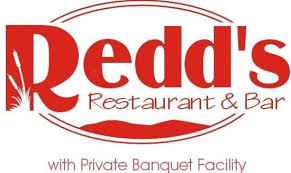 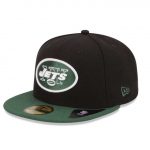 Most importantly, we want to thank Marine Richard Lucas, Army Veteran David Mormak and Air Force Vet Anne Maker for their service & sacrifices to our country!  We salute you!

After the game, Richard offered to let my dad stay at his place for the night so he didn’t have to go sleep at the airport.  My dad will be back in action this Sunday making wishes come true at Giants game at the same stadium.  Stay tuned for more details! 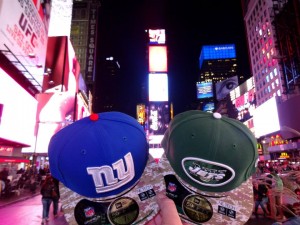