Since Kicking off our 2018 “All32in17” mission opening night in Philadelphia, we have been honored to host warriors at 21 NFL games!

Needless to say, my dad is exhausted from his crazy schedule and this week wasn’t going to be any easier for him…

Typically he comes back home after the Monday night game to spend a few days with the grandkids & preparing for next weeks mission which normally stars on Thursdays. But this week was a little tougher… I booked him a couple of $1 bus rides from Atlanta to Houston.

To recap the week… my dad flew out to Arizona Thursday morning, hosted warriors at the Cardinals game. Flew to Miami to host warriors at the Dolphins game on Sunday & made his way to Atlanta for the Monday night Falcons game. From there he took a $1 bus ride to Dallas to catch a connecting $1 bus ride to Houston to make Warrior Wishes come true at the Texans game today… 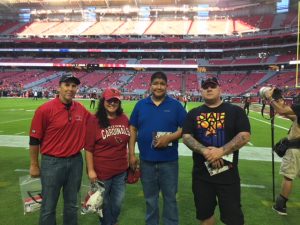 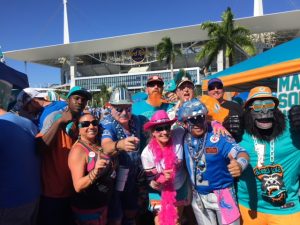 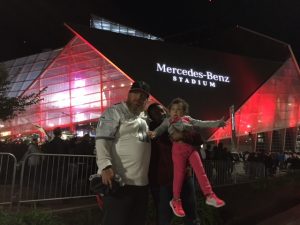 He arrived in Houston a day early with the hopes of hosting warriors at the World Series game. But unfortunately the Red Sox eliminated the Astros. So instead, he had a “day off” so he actually got a hotel & a good night sleep! 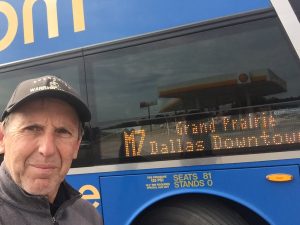 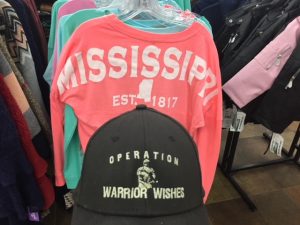 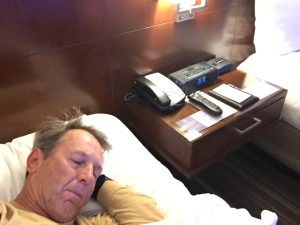 He was up early Thursday morning finalizing all of the last minute details. After he thought everything was ready to go, friends of ours called to offer us more club level tickets! So my dad got back to work & invited more warriors to join the group at the Texans game!

At around 1pm, my dad hopped on the Metro Rail to meet the warriors at NRG stadium.  Dan & Will were first to arrive. They enjoyed hanging out at the Blue Crew tailgate. 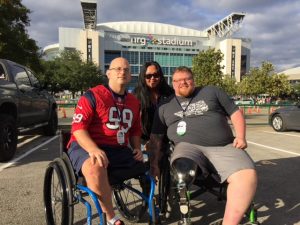 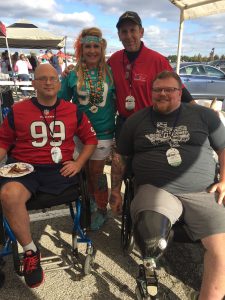 After filling up on food and drinks, the guys headed inside to take the field thanks to our friends at the Houston Texans! Will & Dan had the once in a lifetime opportunity to experience pregame warm ups from the sidelines. 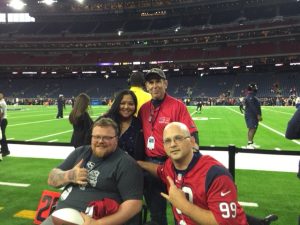 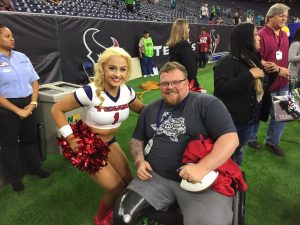 Just after Dan told my dad how JJ Watt usually throws the ball to a bunch of fans during Pregame. They heard “Hey Catch” and it was JJ doing just that. Unfortunately my dad was caught off guard and missed a great picture/video opportunity, but he was able to snap this picture of JJ just after he caught Will’s pass. 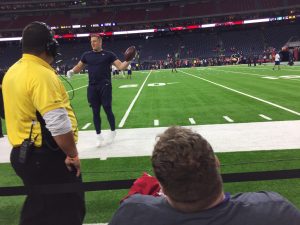 Despite no photo evidence, it was an awesome moment & both Will & Dan were pumped up about it!  A couple Texans players stopped by to take pictures and sign autographs too! 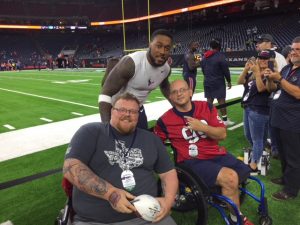 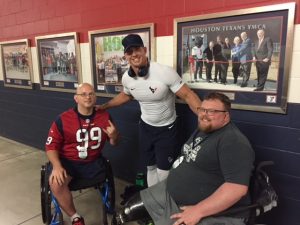 While Will & Dan were enjoying their on field experience, my dad was helping the other warriors get into the stadium just in time to see the Dolphins & Texans kick off Thursday night football! 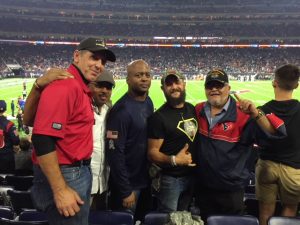 All the warriors had amazing seats to watch the super exciting shootout! The Texans and Dolphins went back and forth exchanging leads throughout the game. But in the end, Desean Watson tossed 5 touchdown passes! The Houston Texans dominated the 2nd half to take 42-23 victory! 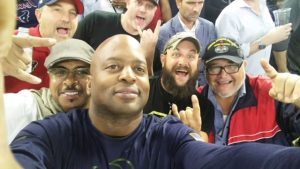 Operation Warrior Wishes would like to thank Adrianne & the Houston Texans for providing the field passes & priceless memories. Thanks to Derek at the Blue Crew tailgate for the awesome hospitality! And we also want to thank Erin & Vanessa Holme along with Baker & Hostetler LLC for donating the awesome tickets!

My dad will be flying home in the morning for the first time in 10 days. He will be back in action Sunday night in Minnesota & Monday in Buffalo. Stay tuned! 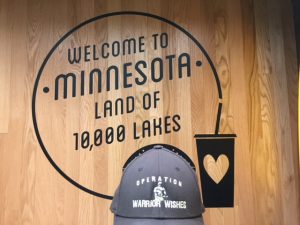 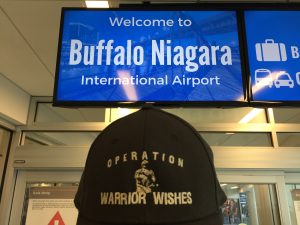