If you remember, we kicked off our 2016 mission to honor Military Warriors at all 32 NFL stadiums in one season back in September when we hosted heroes opening night in Denver. 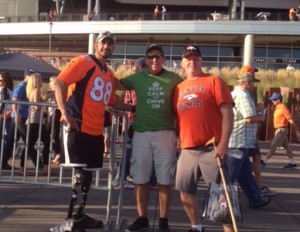 Since then, we have made Warrior Wishes come true at 19 NFL games in only 7 weeks!!!

We have made some unforgettable memories hosting heroes in Denver at Mile High Stadium! 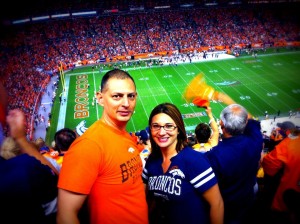 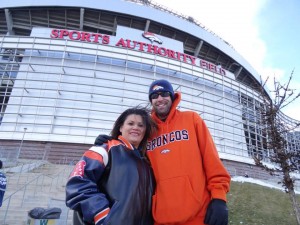 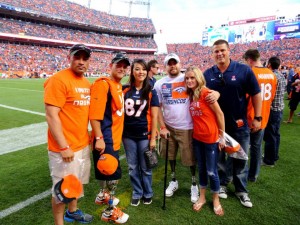 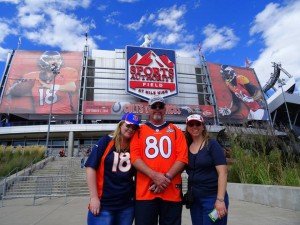 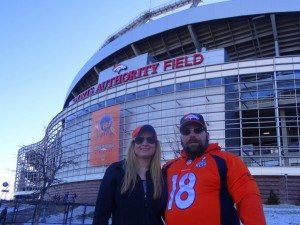 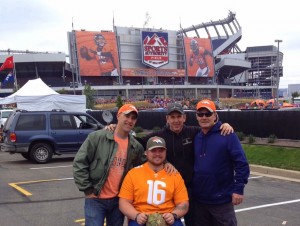 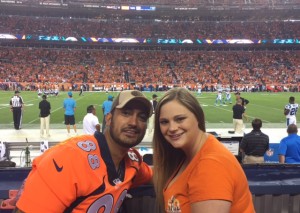 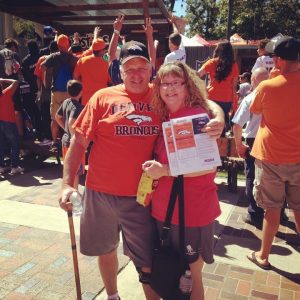 My dad and I have never big fans of the quick trips in and out of cities, because it really doesn’t give us enough time to get to know the warriors. But unfortunately this 2nd trip to Denver is one of those.  My dad’s flight to Denver didn’t land til after 2:00 PM on Monday afternoon.  From there he had a 40 minute train ride to get downtown to Elway’s where he met up with Army SGT Lucas Oppelt. 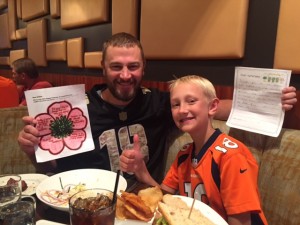 SGT Oppelt & his 10 year old son had just started eating when my dad arrived. He quickly learned how big of Broncos fans they were as they were both wearing Peyton Manning jerseys.  SGT Oppelt’s sons name was Peyton!  They enjoyed getting to know each other over a delicious meal at Elway’s restaurant, which is the one and only place in Denver to go to before or after a Broncos game! 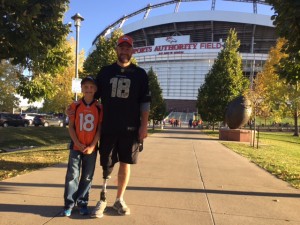 After dinner, Once they found Lucas’ truck, they made their way to “Mile High” stadium.  Upon arrival, my dad immediately went to the box office to swap out our tickets for accessible seating. The tickets we bought were not bad, 4th row in the upper deck.  Because there is limited ADA seating, they gave SGT Oppelt the only seats they had available which were in the FRONT ROW!!! 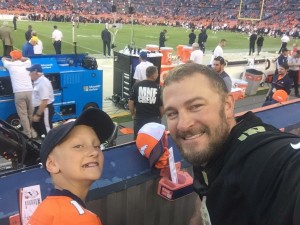 Needless to say, Lucas and his son had the experience of a lifetime watching their Broncos from the Front Row behind the Texans bench!  My dad went down there and sat with them for a few minutes a couple of times and said that they were clearly some of the biggest Broncos fans he had seen, cheering & yelling for Home Town team. 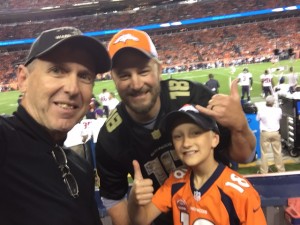 The Broncos dominated the entire game & gave the father & son plenty to cheer about as they held Houston, and former Bronco QB Brock Osweiler to Field Goals while Denver scored touchdowns . The Texans were really never in it and Denver rolled to a 27-9 victory. 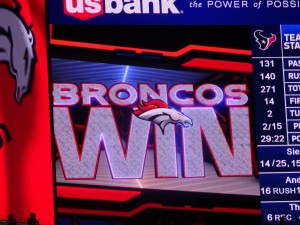 Ethan and The entire Customer Service Dept for the Broncos has been amazing all 4 years of our Warrior Wishes mission.They always go the “extra mile ” for the Warriors.  Just like they did for Sgt Gabe Martinez earlier this year, Sam from customer service provided Lucas a Free jersey coupon from Team Store. 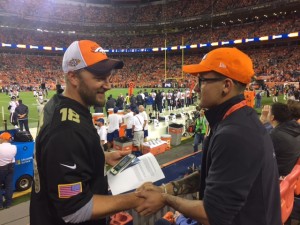 My dad met back up with SGT Oppelt & his son After the game.  They hung around until the field cleared, watching players and cheerleaders head to the locker room.  My dad eventually walked Lucas & Peyton to their car, thanked Lucas for his service one last time, and then headed for the train to the airport for “a good nights sleep” before flying back to Chicago in morning. 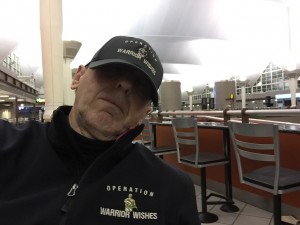 Operation warrior wishes would like to thank Elways Restaurant for the Pre Game Meal , New Era for the Broncos caps, The Chive for the KCCO shirts and the Denver Broncos for their great customer service, Jersey & seat upgrade! 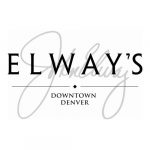 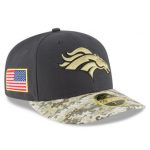 But course, the BIGGEST THANKS goes to Army Sgt Lucas Oppelt, and his family, for his service & sacrifices!

My dad flies home in the morning to get ready to make a WWII Warriors Wish come true at the World Series & prepare for next weeks games in Nashville, Indianapolis & Chicago.  Stay tuned for more details! 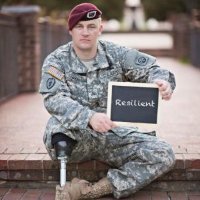 Sgt. Lucas Oppelt is a airborne combat line medic with the 82nd Airborne out of Fort Bragg North Carolina. He was injured in the Kandahar province of Afghanistan May 26, 2012 while on a dismounted foot patrol with his company. Lucas stepped on a pressure plate IED(Improvised Explosive Device), detonating it and suffered a traumatic right leg amputation below the knee. He also sustained serious injuries to his left leg and minor injuries to both arms. This was Lucas’ second deployment, with a 15 month tour in Iraq 2006-2007 with 3-4 Cavalry out of Schofield Barracks, Hawaii, 25th ID. 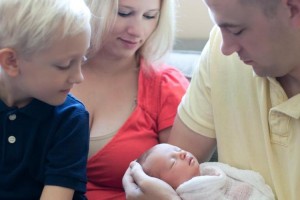 Lucas is from Mishawaka, IN and attended Mishawaka High school. He met his wife, Amy while they were both serving in the Army. They have two children, Peyton and Lily. The family is residing at Walter Reed NMMC through the duration of Lucas’ inpatient and outpatient recovery. They are adjusting to their new life in Maryland.

Lucas is currently a full-time college student pursuing his Bachelors in Engineering. He is an avid hunter, fly fisherman, and archer. He loves sports, especially football.  He was nominated by his wife to go to the Broncos game.  She Said he He is a dedicated fan that never misses either team’s games.  It was a true honor to have the opportunity to host this inspirational young man.  We hope he had an experience with his son that he will never forget!
Don’t forget to nominate your hero for an upcoming game on our 2016 “All32in17” Mission!