After 5 weeks on the road we have made Warrior Wishes come true at 18 NFL games! 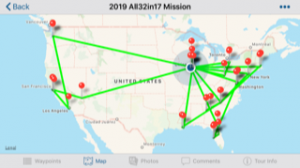 To kick off week 6, my dad made his way back to Boston to make Warrior Wishes come true at a Patriots game for the 2nd time this season! 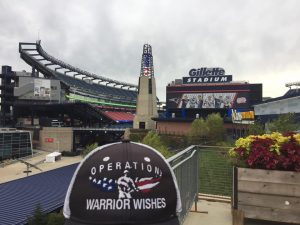 After spending Wednesday with the grandkids and checking out a spooky house in our neighborhood, I dropped my dad off at O’Hare airport to catch his 5:40 Thursday morning flight. 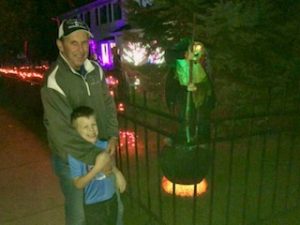 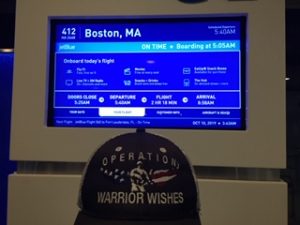 Upon landing in Boston, he jumped in an Uber and made his way to Foxboro Massachusetts to get ready to make some Warrior Wishes come true.  This was our 2nd time to a Patriots game this season, as we made wishes come true on opening night too.

Today we had the honor of hosting Army Spc Kevin Demmons and Vietnam Veteran John Sullivant at the Pats game!  Anytime we have the opportunity to show our appreciation to someone who served our country and selflessly defended our freedom, it’s an honor. But whenever have the opportunity to give back to our Vietnam Veterans and “welcome them home,” it’s extra special!

Kevin Demmons joined the army in January of 2011 and served on a 10 month deployment to Afghanistan before getting out in 2015 and settling down with his wife in Maine. Kevin became a Registered Maine Guide, so he can give back to other veterans and take them on hunting and fishing trips. 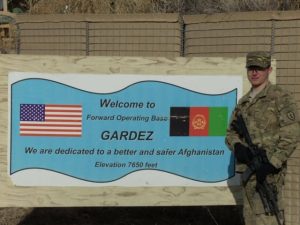 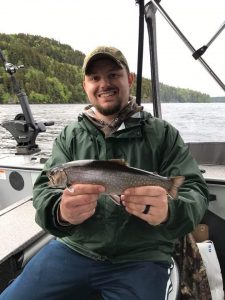 John Sullivant is a successful business executive, a well respected consultant, strategist, consultant, researcher, analyst, problem solver, educator and author.  He has held key positions of trust and responsibility both in the military and as a business executive.  He immediately enlisted into the Air Force after graduating High School and quickly worked his way up to the rank of police superintendent in just under 16 years.  John served in Vietnam as a member of a unique Air Force Special Operations unit.  He ultimately retired from the Air Force after 26 years of service with the rank of Chief Master Sergeant.  Throughout his life, he has done some absolutely amazing things.  He has worked in 45 states, 6 continents, and 30 countries!  But he has never been to a Patriots Game… John is currently battling terminal cancer and having the opportunity to host him as his first Patriots game was a “bucket list dream come true.” It was an absolute honor to help John cross this off his bucket list and host him and his daughter at the game! 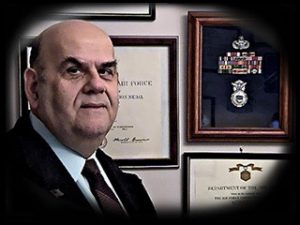 As we always do before every Patriots game, My dad met up with the warriors at the Maine Lobster fishermen’s tailgate. Clayton and his crew have been making wishes come true since 2012. And of course there is always “lobstah” on the menu! We are thankful for the fishermen’s support. To show them our appreciation we presented them with a custom Warrior Wishes flag. 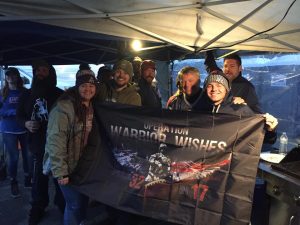 The group enjoyed hanging out and getting to know one another over some delicious Lobster before heading into the stadium. 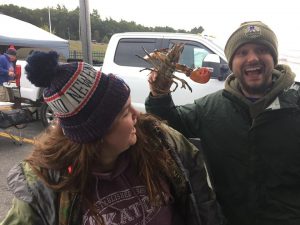 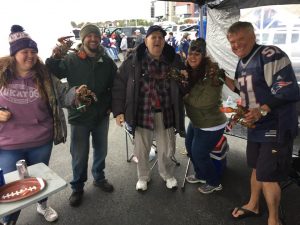 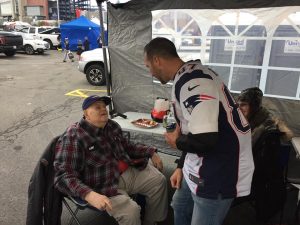 But as game time approached, they headed inside Gillette stadium to watch the Giants and Patriots kick things off! 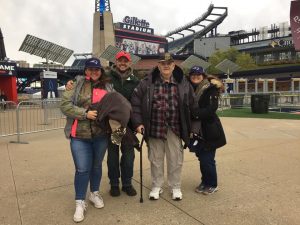 Surprisingly, the Giants kept things close and went into the half only trailing by 7. Neither team scored in the 3rd quarter. But the Patriots Defense scored their 2nd TD of the game in the 4th and Tom Brady put the icing on the cake with a 1 yard TD run of his own to give the Patriots a 35-14 win!  Needless to say, the Patriots win was the perfect way to end the day!

Operation Warrior Wishes would like to thank Kevin and John for their service and sacrifices! You are both appreciated and will never be forgotten!

After the game my dad made his way back downtown Boston to catch an early Friday morning bus to Maine to visit with our old friend SSG Travis Mills! 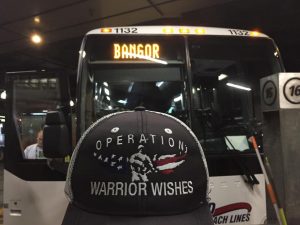 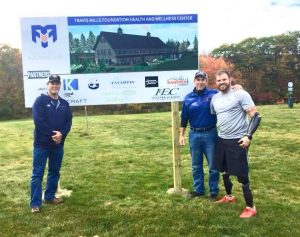 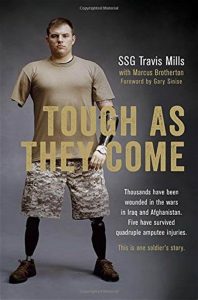 Despite losing portions of both arms and legs from an IED while on active duty in Afghanistan, Travis continues to overcome life’s challenges, breaking physical barriers and defying odds. Travis lives by his motto:

“Never give up. Never quit.”

On April 10, 2012, United States Army Staff Sergeant Travis Mills of the 82nd Airborne was critically injured on his third tour of duty in Afghanistan by an IED (improvised explosive device) while on patrol, losing portions of both legs and both arms. He is one of only five quadruple amputees from the wars in Iraq and Afghanistan to survive his injuries.

Thanks to his amazing strength, courage, an incredible will to live, the heroic actions of the men in his unit, the prayers of thousands, and all the healthcare providers at the Walter Reed Army Medical Center, near Washington D.C., Travis remains on the road to recovery. Every day is a battle, but Travis continues to astound friends and family alike with his progress and with his amazing spirit.

We have hosted SSG Mills at numerous events and also helped him premier his documentary “Travis; A Soldier’s Story” in both Chicago and New York City! 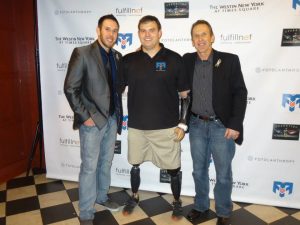 In September 2013, Travis and his wife Kelsey founded the Travis Mills Foundation, a nonprofit organization, formed to benefit and assist post 9/11 veterans who have been injured in active duty or as a result of their service to our nation. The veteran and their families receive an all-inclusive, all-expenses paid, barrier-free vacation to Maine where they participate in adaptive activities, bond with other veteran families, and enjoy much-needed rest and relaxation in Maine’s great outdoors. 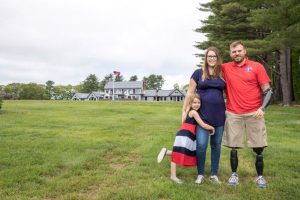 My dad enjoys touring the retreat and reconnecting with Travis and his dad. SSG Mills is an incredible human being doing incredible things! Please take a minute to visit TravisMills.org and travismillsfoundation.org to see how you can help support his mission!

My dad has to get back to Boston to catch his morning flight to KC… He will be back in action on Sunday making Warrior Wishes come true at the Chiefs game! Stay tuned… 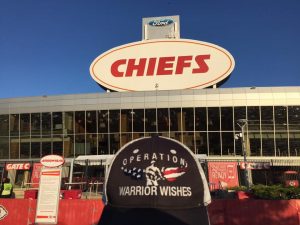