My dad has spent all week on the west coast making Warrior Wishes come true. On Thursday he hosted warriors in the front row at the Seahawks game 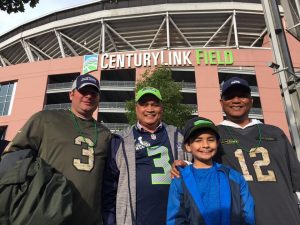 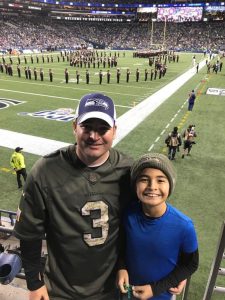 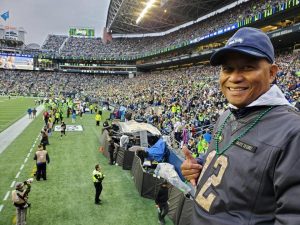 On Sunday the Chargers made Warrior Wishes come true in LA! 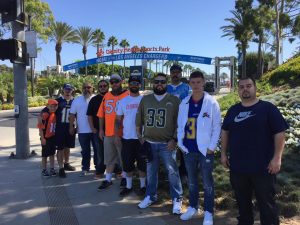 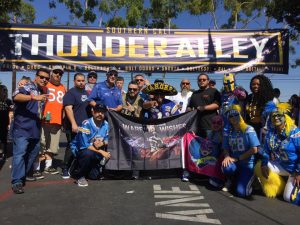 And after an overnight $1 megabus ride, my dad arrived in San Francisco early this morning to make Wishes come true at the Monday night 49ers game! 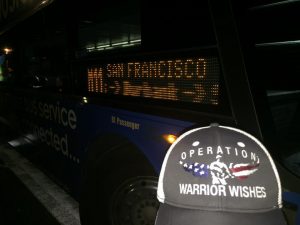 San Francisco is one of my favorite destinations in the country. It’s a city full of character and beautiful sights. There is so much to do and see, Alcatraz, Muir Woods, the Golden Gate Bridge, Fisherman’s Wharf, And the list goes on… If you have never been there before, put it on your bucket list! 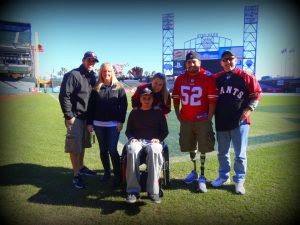 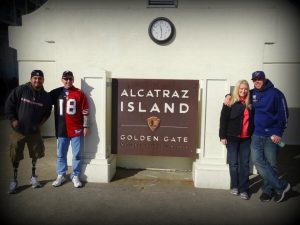 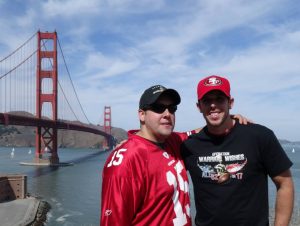 Throughout the years we have shared some unforgettable memories making Wishes come true in the city by the bay. 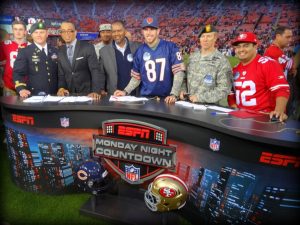 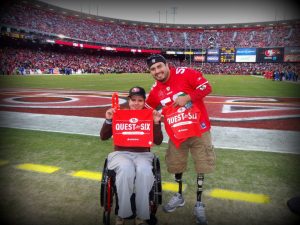 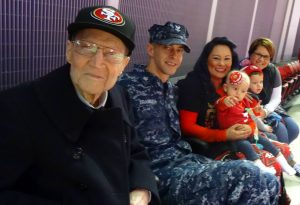 I will never forget meeting Lou, Vinny, Mario and their crew at our first game in San Francisco. 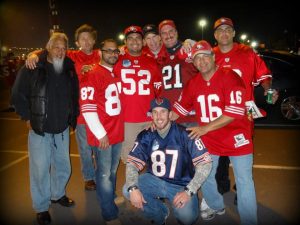 From candlestick park to Levi’s stadium, this amazing group of lifelong friends have gone above and beyond every year to provide once in a lifetime memories for the warriors. We cannot thank them enough for their friendships and their support! 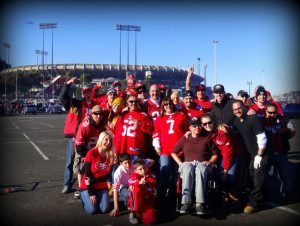 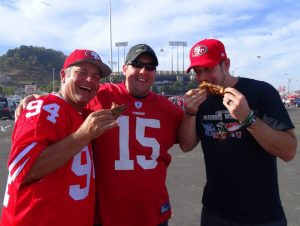 Today was no different… upon arrival, my dad made his way over to Lou’s body shop to say hello. Vinny picked my dad up and together they drove out to Levi’s stadium in Santa Clara to meet the warriors.

Today we had the honor of hosting Army SGT Caleb Ineichen and Navy Veteran Michael Barrett at the 49ers game. 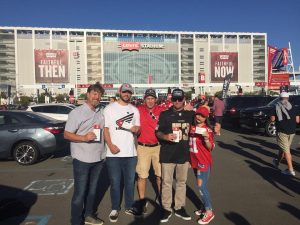 We also met up with Army Veteran Alex Vega at the tailgate. Alex was one of our previous guests who already had tickets to the game. It’s always nice to reconnect!

Another one of our incredible supporters, Mike Herkenrath, donated pregame field passes and field suite tickets to the warriors! We also cannot thank Mike enough for his continued support throughout the years! 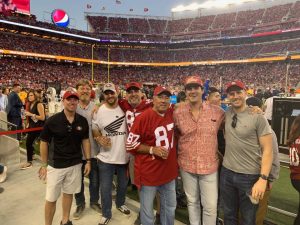 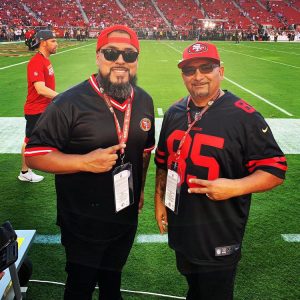 The 49ers absolutely dominated the Browns all game long to stay undefeated on the season! Running Back Matt Breida got the party started scoring two 1st quarter touchdowns. After all was said and done, the 49ers won 31-3!

Operation Warrior Wishes would like to thank Army veterans Caleb Ineichen, Alex Vega and Navy Veteran Michael Barrett for your service and sacrifices! You are appreciated and will never be forgotten! 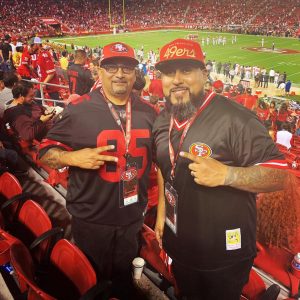 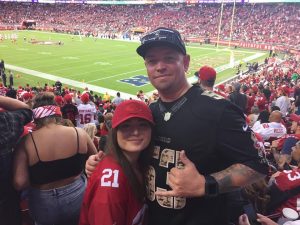 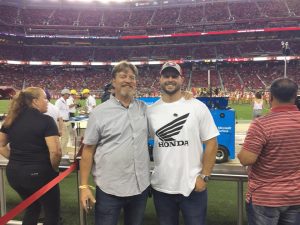 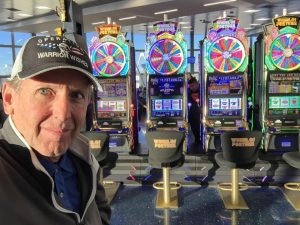 He will be back in action week 6 making Wishes come true in New England, Kansas City & Green Bay! Stay tuned… 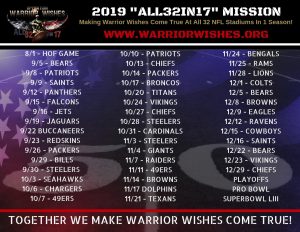