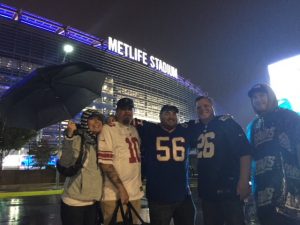 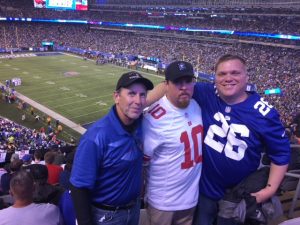 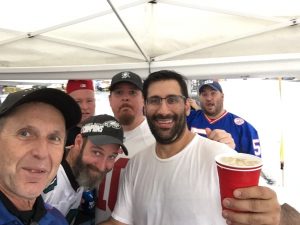 My dad hopped on a short overnight bus to Washington DC & had the opportunity to spend some time sightseeing before the Redskins game on Sunday. Of course he stopped by Arlington National Cemetery to pay his respect & enjoyed checking out the Smithsonian museums! 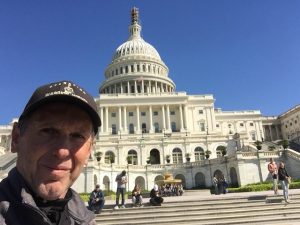 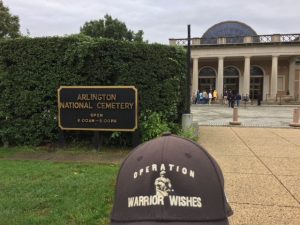 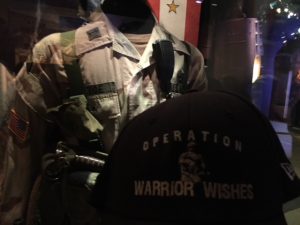 And on Saturday he hosted warriors at the Capitals game! 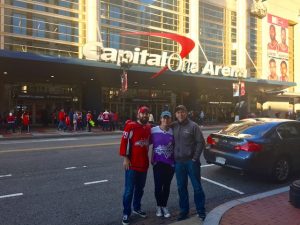 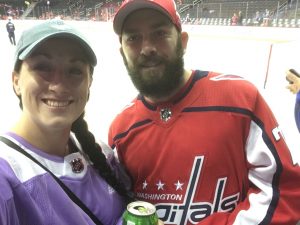 He was up early Sunday morning to make his way to FedEx field to meet the warriors. Today we had the honor of hosting Marine Cpl Clayton Harpold, Emily Harpold & Army Sgt Zach Herrick along with their families at the Redskins game thanks to our friends at FedEx! 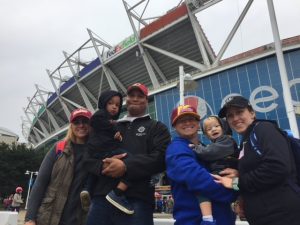 Both Marine Cpl Clayton “Adam” Harpold and Army Sgt Zach Herrick are Purple Heart recipients. My dad had the honor of meeting Sgt Herrick a few years ago at Walter Reed Hospital & has been trying to get him out to an event ever since. We finally made it happen today!

Everyone met up at Chick-Fil-A at around 10am. The group was given a police escort to the stadium thanks to Officer Ainsworth! It was an awesome experience to start the day! 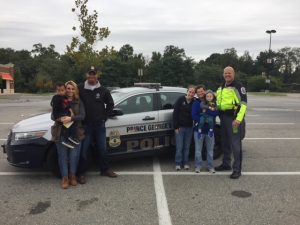 The police escorted the warriors right to our friend “Tailgate Ted” We saw the good work Ted was doing on an episode of “Tackle My Ride,” we reached out & the rest his history! Ted & his Hail BBQ tailgate has been making Wishes come true ever since. Ted goes above and beyond to not only make Warrior Wishes come true, but to also give back to other deserving organizations all season long! Keep up the great work Ted!!! 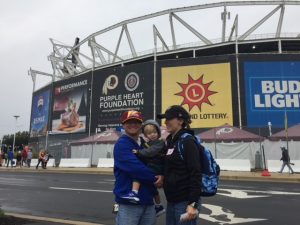 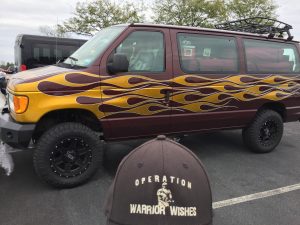 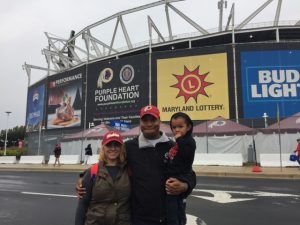 Everyone enjoyed delicious food, refreshing drinks & got to know each other a little better at the tailgate. Before they headed inside to take advantage of the pregame field passes, Courtesy of FedEx, Zach showed my dad an awesome project he is working on. Zach is in the process of establishing a 501c3 with a mission to provide art therapy for veterans dealing with PTSD. His artwork is awesome! 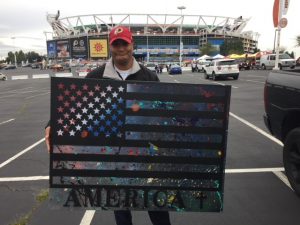 Upon entering the stadium, the warriors made their way down to the field to watch the pregame warm ups. Their kids enjoyed running around on the field too. 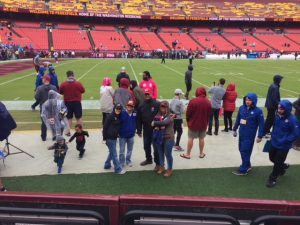 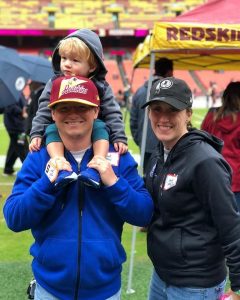 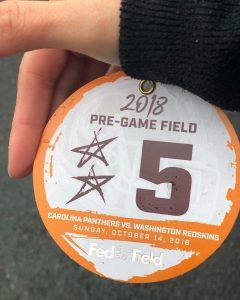 Eventually everyone made their way to their seats to watch the Panthers & Rams kick things off.  The Redskins took a quick 14-0 lead in the first quarter & took a 17-6 lead into halftime. 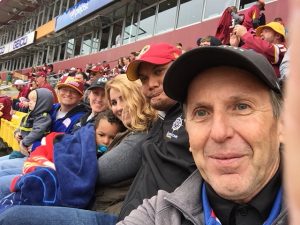 But unfortunately for the warriors and the Redskins faithful, their offense forgot to show up in the 2nd half. The Panthers ended up clawing their way back into the game & beat the Redskins 23-17!

Operation Warrior Wishes would like to thank Tailgate Ted & his tailgate crew for their continued support, we also want to thanks Cpl Ainsworth from the Prince George County Police Department for the awesome police escort to the stadium. Lastly, we want to send a special thank you to Beth & Clare at FedEx for providing the tickets and field passes. This experience wouldn’t have been possible without you!

My dad will be spending the night at the airport and flying back to Chicago tomorrow morning for just a few hours before he heads up north to Green Bay. Stay tuned! 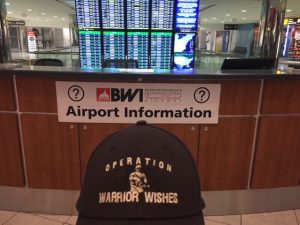