We kicked off week 3 of our 2018 “All32in17” mission in Cleveland on Thursday night & got to host warriors at the first Browns win in over 600 days! 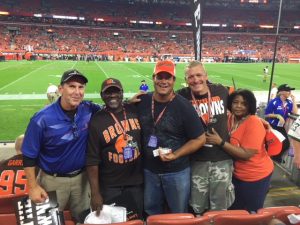 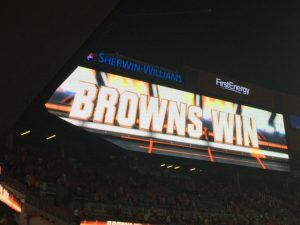 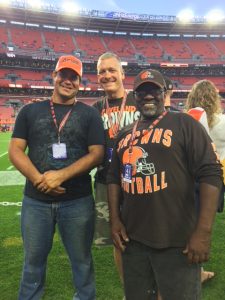 My Then my dad flew to Jacksonville on Saturday night & made Warrior wishes come true at the Jaguars game yesterday afternoon. 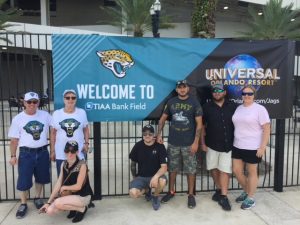 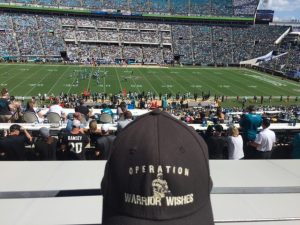 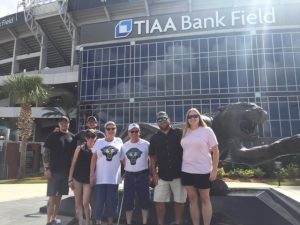 After the game he jumped on an overnight bus & made his way across the state of Florida to Tampa where he Surprised Army SPC Brandon Lee Crider with the opportunity to see his Tampa Bay Buccaneers play the Pittsburgh Steelers on Monday Night! 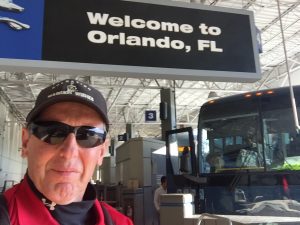 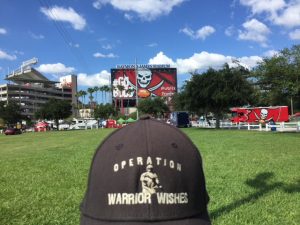 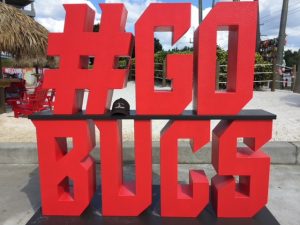 My dad arrived in a Tampa just in time to pull off the surprise. With a little help from SPC Crider’s wife & our friends at Duffy’s sports grille, my dad was able to pull it off. He acted as if he had known SGT Crider from a recent skydiving event. For anyone who knows my dad, you would know something was up right away since he is absolutely terrified of heights….  As the Duffy’s waitress came over to deliver a New Era Bucs cap to Brandon, he finally realize he was set up & nominated by his wife for this Buccaneers experience. 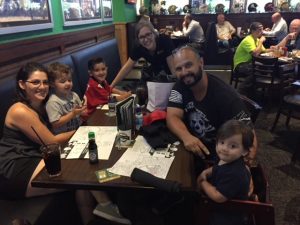 SPC Crider has always been a big fan of the Tampa Bay Buccaneers, however this was going to be his first ever Buccaneers game!  Once Brandon realized what was going on, my dad sat down and enjoyed getting to know Brandon & his family over lunch. 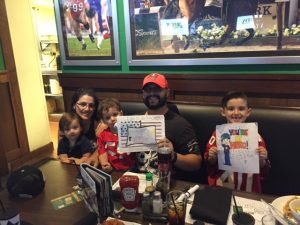 After lunch, my dad got a little bit of work done, while the Crider family got to enjoy taking their kids to the Zoo before the game. They met back up outside of Raymond James stadium around 6pm. Unfortunately there was a severe thunderstorm passing through the area… 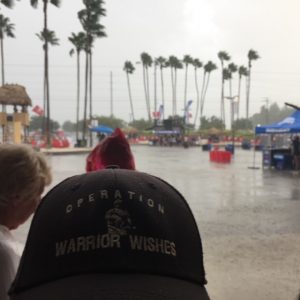 But that didn’t stop the Crider family from enjoying the festivities. Thankfully the rain stopped & the kids got to have some fun playing in the play area before the game. 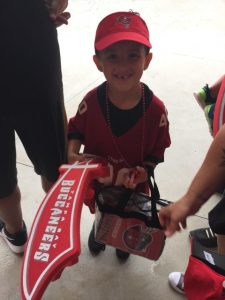 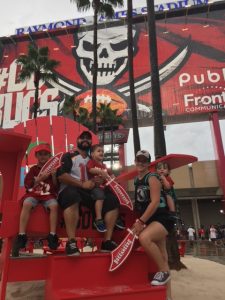 As game time approached, everyone headed inside for the Monday night matchup! The undefeated Buccaneers were hoping Ryan Fitzpatrick had a little more “Fitzmagic” left, but it looked as if his magic was gone. The Steelers took an early 30-10 lead & completely dominated the Buccaneers.

But Fitzpatrick found the magic late in the game & led his team on the comeback trail. After scoring 2 touchdowns and a field goal, the Bucs only trailed the Steelers by 3! But in the end it was too little too late & the Steelers delivered the Bucs their first loss of the season.

Despite the loss, Army SPC Brandon Lee Crider & his family enjoyed their first ever Buccaneers experience! 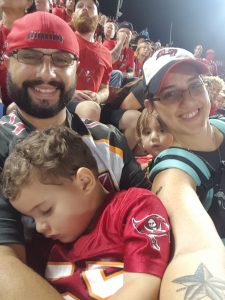 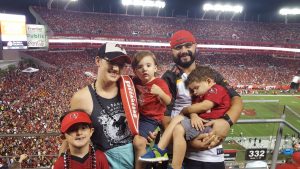 Operation Warrior Wishes would like to thank Kate & Tara at Duffy’s sports grill for helping us pull off the big surprise & for providing the delicious pregame meal. We also want to thank New Era for providing Bucs caps! 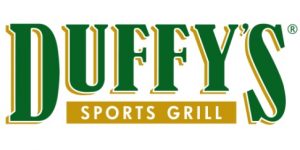 Most importantly, we want to thank Army SPC Brandon Lee Crider for his service & sacrifices!

My dad will be back home tomorrow to spend a few days with the grandkids before heading to LA for the weekend. Stay tuned! 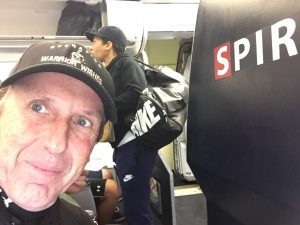