Over the past 5 years we have made warrior wishes come true for more than 3,000 warriors at more than 500 events.  My dad & I never could have made all this possible alone.  So many generous donors from across the country have helped us along the way. 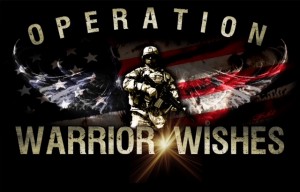 Not all Donations we receive are monetary, to be honest, most of the donations we receive throughout the year are in-kind (tickets, meals, accommodations, gifts for warriors, etc). We will never turn down an opportunity to make a wish come true!

Thanks to a generous donation of two 4th row Philadelphia 76ers tickets by Ryan from Philly, we had the opportunity to host Army Sgt Aaron Karalus & his son at the April 6th game vs. the Bulls! 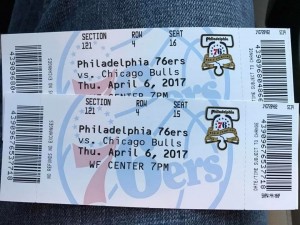 Sgt Karalus and his 12 year old son made some unforgettable father & son memories at the game.  We always love the father-son opportunities! They have a special place with us because my dad and I created this mission & get to make wishes come true together. 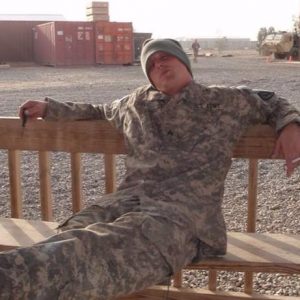 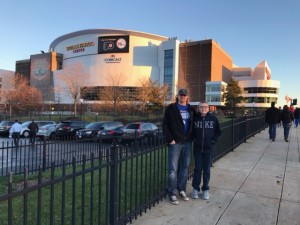 Sgt Karalus told us that he and his son have only been to one game before.  He said “we sat way up top with our backs up against the wall.”   Aaron and his dad, enjoyed their view from the 4th row seats! Unfortunately, the Sixers fell to the Bulls 102-90.  Despite the loss,they told my dad they “had an amazing time!” 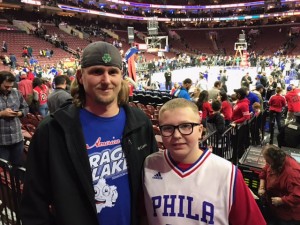 Operation Warrior Wishes would like to thank Ryan for donating the tickets & giving this father and son an unforgettable experience! 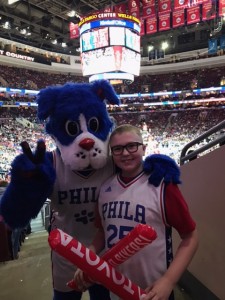 More importantly, thank you to Army Sgt Alex Karalus for your dedicated service to our great country!