If you haven’t already figured it out, my dad is crazy & will do just about anything to make Warrior Wishes come true.  After hosting a large group of warriors at the Tigers game in Detroit… 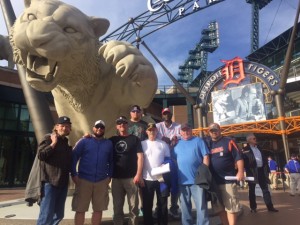 He took an overnight bus back to Chicago.  I picked him up from the bus station at 5:30am and drove him home to hang out with Xander & Quinn for the day while we were at work. 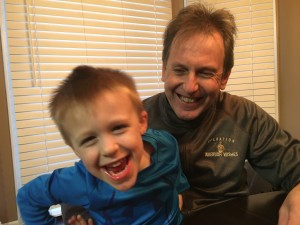 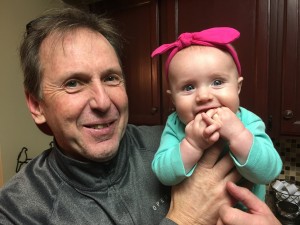 I got off work at 5, picked him up and drove him right back to the train station to go downtown and catch another overnight bus to St Louis to honor the legacy of Army CPL Stephen Kenneth Scott at the Cardinals game. 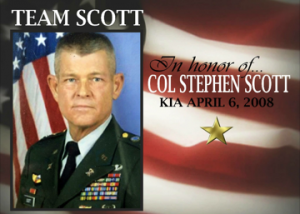 CPL Scott made the Ultimate Sacrifice on April 6th, 2008 while serving in Iraq when insurgents attacked his unit with indirect fire. Scott had spent two-thirds of his life serving in the military, joining the Army at age 18. From then, the military, fast cars and family became the focus of his life.  It was an honor to host his family at the Cardinals game in his honor.

My dad arrived in St Louis at 2:00 AM.  He slept pretty much the whole ride. 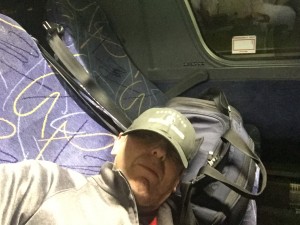 As the sun came up he walked over by Busch Stadium, home of the St Louis Cardinals and their Ballpark Village. 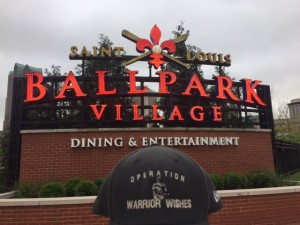 He dropped his bag off at Hilton Hotel across the street and arrived a few minutes before his guests arrived. Rachel Gillette, Scott’ daughter was impressed that my dad welcomed all 9 of the family members by name when they arrived. My dad played a little game with Col Scott’s grandkids, writing numbers on 6 pieces of paper to see who got first choice of the New Era Cardinals Caps.  He said they had a lot of fun with this and traded them back and forth. 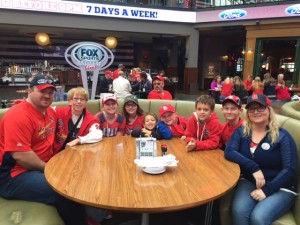 Brett Capuano, the GM of FoxSports Midwest Live, once again “knocked it out of the park!”  Not only has he provided PreGame meals to warriors and their families over the last couple years, but he also provided our guests with a VIP Guided Tour of the facility and the museum! 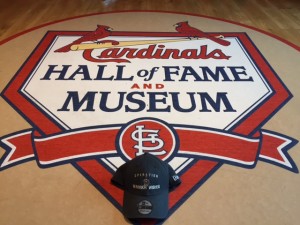 This year he had his associate Tony Caradonna – known locally as the “Beer Man”- give us the tour . Everyone really enjoyed the tour and especially the kids getting to go up on the rooftop and seeing the Cardinals memorabilia. Tony was an incredible tour guide and was great with the kids! 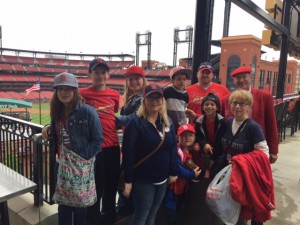 After the Tour & lunch, my dad took a group/family picture in front of the stadium & headed inside Busch stadium to watch the Blue Jays take on the Cardinals. 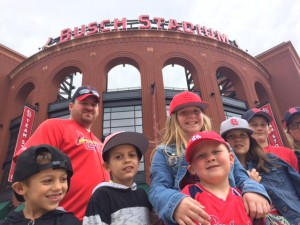 Once inside, the kids made their way down by the field hoping to get some autographs or a baseball.  But unfortunately, last nights game was rained out, which made today’s game a doubleheader and eliminated BP before that game.  Nonetheless, the kids had a blast hanging out down by the field until Gametime. 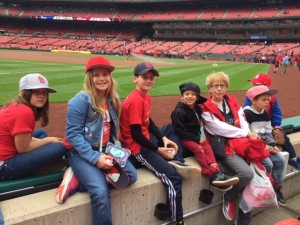 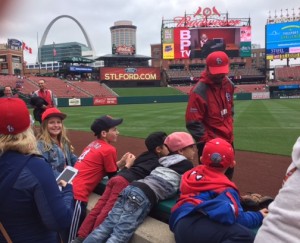 It was really an honor to host this family because to be able to get Colonel Scott’s wife, along with her daughter and all 6 of her grandkids for a day to honor her husband creates the special type of experience we like to create.  We couldn’t have made it all possible without the help of the St. Louis Cardinals.  They provided the tickets & honored Col Scott’s Legacy with a scoreboard message to salute his service & Ultimate Sacrifice. 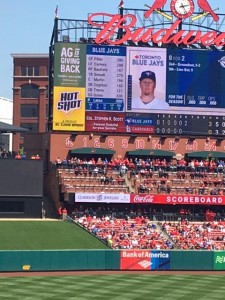 The Scott family truly enjoyed the game as they are all big fans of the Cards.  They got to see an awesome game too!  The Blue Jays jumped out to a 4-0 lead in the 7th inning.  But the Cardinals never gave up. They chipped away at the lead heading into the bottom of the 9th inning trailing 4-2.  A leadoff double by Molina brought the tying run to the plate.  A ground out & a strike out brought the cardinals down to their last out & Randal Grichuk up to the plate.  Grichuk swung and connected on his third pitch of the at bat and hit the ball deep to center field.   Back Back Back GONE!  HOME RUN!  Everyone went wild and the game went into extra innings!

In the bottom of the 11th inning with bases loaded, Matt Carpenter stepped up to the plate with an opportunity to send everyone home happy.  He didn’t let anyone down and drove the ball over the right field fence to end the game with a walk off grand slam!!!!!  It was the perfect way to end a perfect day!

Operation Warrior Wishes would like to thank both Brett at Ballpark Village and Mark at the Cardinals for helping us provide an unforgettable experience to an amazing family in Col Stephen K Scott’s honor.  We also want to thank New Era for providing Cardinals caps for everyone! 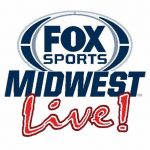 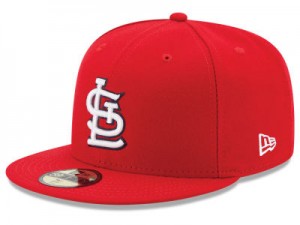 Most importantly, we want to thank the Scott family for giving us the opportunity to share Col Stephen K Scotts Legacy & host you all atl today’s game in his honor.  We are forever grateful for his service and sacrifices.  He will never be forgotten!

Immediately after the game, my dad said his goodbyes to the Scott family and walked over to the bus station to take a 16 hour long overnight bus to Dallas.  Tomorrow he will be at the Rangers game hosting a big group a warriors & a Gold Star family thanks to our friends at Globe Life!  Stay tuned for more details! 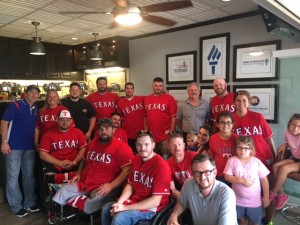