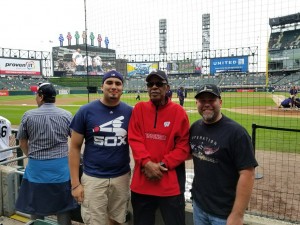 Mr. Copeland is an incredible man! He enlisted in the Army at the age of 16 & proudly served our country during WWII.

Even at an early age, Mel knew that prejudice is nothing more than the handmaiden of ignorance. Throughout his adult life, Mel confronted ignorance with knowledge, with tolerance and with the outstretched hand of generosity. He spent more than 50 years as a social worker. He was the first-ever African-American social worker in School District U-46. And he also served as a clinical therapist for the Illinois Department of Children and Family Services. At age 77, he was named Social Worker of the Year by the Illinois Chapter of the National Association of Social Workers.

During his time in Elgin, Mel began a close friendship with Elgin City Councilman Bob Gilliam. In the 1960s, Mel headed up the local branch of the NAACP. He advocated the importance of education and non-violence. He said that we should judge people not by the color of their skin, but by the content of their character. It was a lesson learned from his mentor, Dr. Martin Luther King, Jr., with whom Mel was closely acquainted in the early 1960s. “He was the most charismatic man I’d ever met,” Mel said of Dr. King. Mel, now in his 90s, remains active in the community. He’s part of a veterans group at Del Webb Edgewater in Elgin. And he’s a senior liaison for Honor Flight Chicago.

Operation Warrior Wishes is honored to call Melvin a friend & cannot thank him enough for his service, sacrifices & all he has done for human rights & his community throughout his life. We hope he had an unforgettable experience at the game today!

Special thanks to board member Mark Toppel for securing the 3rd row tickets & for hosting Melvin. 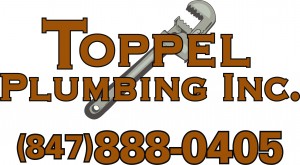