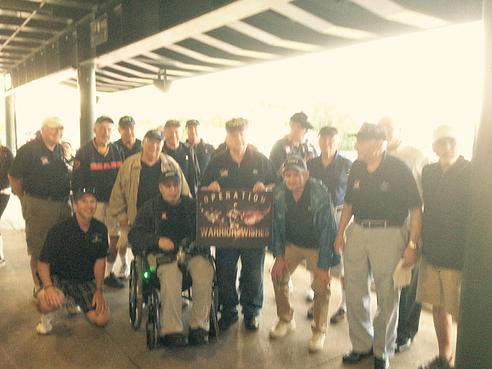 My dad & I were back in action Tuesday night & excited to have had the honor to host the Edgewater Veterans group from Elgin IL at the Kane County Cougars game thanks to Don Gaylord from Edward Jones.  The Edgewater Veterans group was formed by our friend Carl Menconi.  Carl served in the Army from 1951-53.  Here is a short story about some of the amazing things Carl has done to make Warrior Wishes come true and his community! 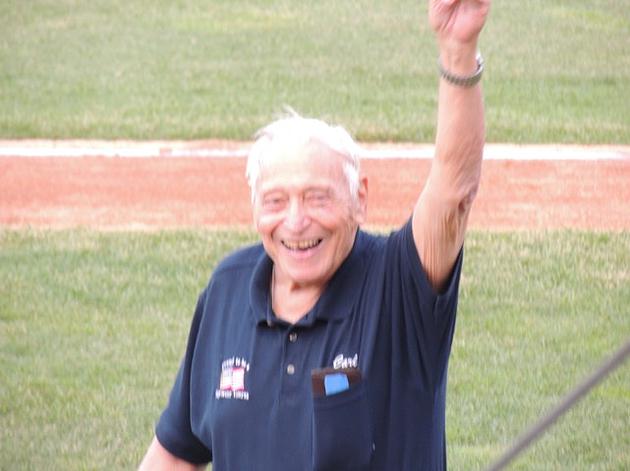 The greatest sacrifices veterans have made for their country do not just happen on the battlefield. Some sacrifices happen quietly, without much fanfare, without much recognition. They happen in small homes, large homes, kitchens and living rooms. But no matter where they happen, no matter where they start, these sacrifices spark a renewed sense of obligation, a renewed sense of duty, a renewed season of service. From community to community, the sacrifice of time is an extraordinarily important thing, some say as important as the bravery shown during war, and, oftentimes, just as difficult.

In Elgin, these sacrifices are what help make our veterans something special.  Anyone who has ever met Carl Menconi knows just how special he is. Carl and his wife Rose live in Edgewater, on the city’s southwest side. When the Korean War veteran and retired Chicago police detective moved to Elgin, he saw that there was no American flag flying from the entrance of the upscale community he had just moved to.

That changed quickly. Carl helped secure funding for a flag and flagpole. The dedication of that flag included a 21-gun salute by members of Elgin American Legion Post 57. Members of Elgin VFW Post 1307 raised the flag for the first time.

In addition to the flag installation, Carl also helped energize a veterans group out in Edgewater. In 2007, there were only six members in the group. Today there are more than a hundred. Among other things, the group travels to a local veteran’s hospital to deliver donated clothing and visit with patients there.

No act of kindness, no matter how seemingly insignificant at the time, is ever wasted. Carl recently coordinated a fundraiser at a local Sam’s Club. The one-day event raised $1,300 for area  veterans.

Carl also is involved with Warrior Wishes, a not-for-profit group that honors military personnel & Gold Star families at various sporting events across the country. Carl also works with Toys for Tots.If it’s true that happiness doesn’t result from what we get, but from what we give, Carl’s smile should be switched on all the time—morning, noon and night. He has given that much.

Carl & the group was recognized during the game and Air Force Veteran TOm Lauterback had the opportunity to throw out first pitch.  It was a true honor to host this group of local Vietnam and Korean War veterans.  We would like to thank them all for their service, sacrifices & for all they have done to help us make warrior wishes come true! 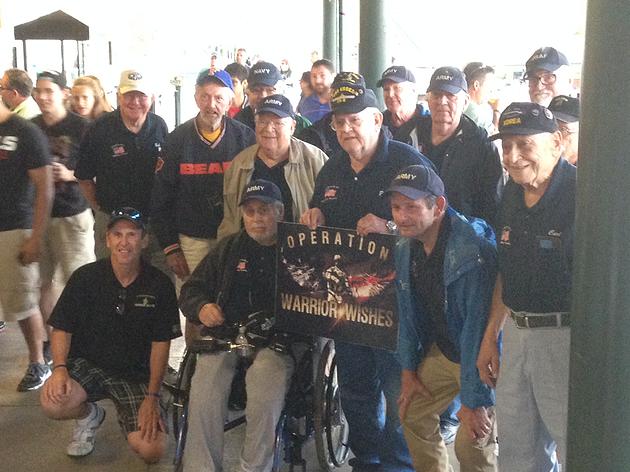