Here we go…GAME #1 of Warrior Wishes 10th Anniversary Tour …Army MstSgt. Kent Burns has not been to Rams game in almost 10 years …when we took him and his young family to the St Louis Rams game at Edward Jones Dome. Today he has a kid in college, another serving our country and a grand baby, and is now living in Northern California. THANKS to the LA Rams for letting him hold the flag on the field for National Anthem. MstSgt. Burns was able to hang out with a couple other Army Veterans Ben Bowers and Joe Macias, and it was great getting together with Kent again. 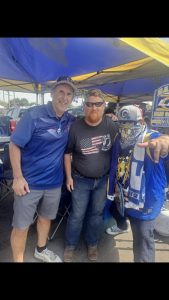 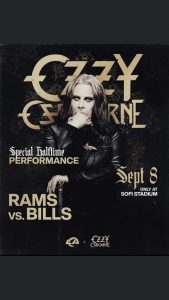 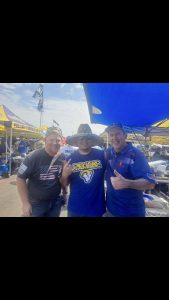 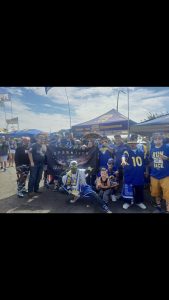