As a kid William Chandler developed a passion for football. He enjoyed playing football & loved watching Barry Sanders & the Detroit Lions every Sunday.

In September of 2003, at the age of 20, he joined the US ARMY for a three year enlistment in the infantry. In August 2005 SGT Chandler’s unit was deployed to Iraq. On October 5, 2006 While getting ready to load up and return to base SGT Chandler was shot in the chest by a sniper. The bullet pierced his skin severing an artery and nerve to his right arm. SGT Chandler was in surgery for six an a half hours to repair the severed brachial plexus artery & He lost the use of his right hand. SGT Chandler retired from the Army in October 2008.

After being wounded & losing the use of his right (dominant) hand SGT Chandler could no longer play football, so He started coaching his hometown team & coached his team to back to back “superbowl championships”

“Watching him with his team is priceless, it leaves me speechless. He suffers everyday battling the scars and ptsd. But it’s like when he goes to football he can be free of all of that. It is almost therapeutic.” Says his wife.

It was an honor to make this warriors wish come true at the Lions game!

David Denhardt Joined the Marines in 1991. After retiring from the Marines Denhardt missed serving our country & later joined the Army National Guard in 2011 at the age of 38,

On April 19th, 2012, while serving in Afghanistan, SGT Denhardt’s life changed forever. Multiple Russian 107mm rockets struck his camp and sent Denhardt flying. When he finally came to my senses, he was unaware how badly he was injured. His head hurt and there was blood coming out of his right ear.

SGT Denhardt kept his injuries hidden for months. He often found himself in extreme pain & fell down multiple times before asking for help. The Doctors decided SGT Denhardts deployment was over and sent him back to the states for evaluation.

After months of testing, the doctors diagnosed him with a Traumatic Brain Injury, severe never issues, bulging discs in my neck and PTSD. Denhardt spent 2 years in a TBI clinic learning to become more independent. but to this day he requires a full time caregiver and use a wheelchair or forearm crutches to get around. His PTSD makes it difficult for him to enjoy time away from his family.

David is an inspiration, he continues to push himself beyond his limits & refuses to surrender to his injuries. Denhardt’s daughter is his strength, he wants to teach her to “NEVER SURRENDER” by showing her he can overcome any obstacle in his way. At the same time he wants to teach her to “NEVER FORGET”. Learn from those obstacles that you overcame. It can only help you to overcome the next obstacle in your life. Never let failure be a distraction but challenge to try again. Failure is nothing more than a second chance and we always can use a second chance.

SPC Justin Weis was a gunner from B Bttry 3-320th Field Artillery, 101st Airborne Division. He suffered a TBI & has been diagnosed with PTSD. SPC Weis served with friends who have made the ultimate sacrifice for our country.

Jasmine, Justin’s wife, helped us surprise Justin Thanksgiving morning and he was extremely thankful when he learned he would be spending his thanksgiving at the Lions game!

Thanks to Dan Orlovsky for helping us make these Warrior Wishes come true! 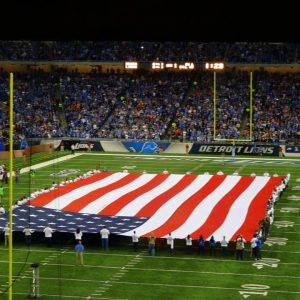 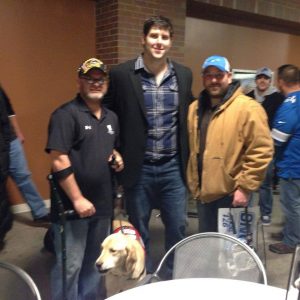 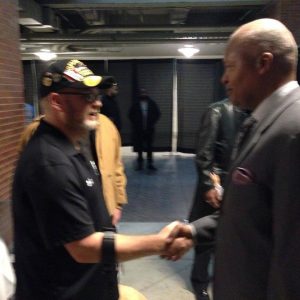 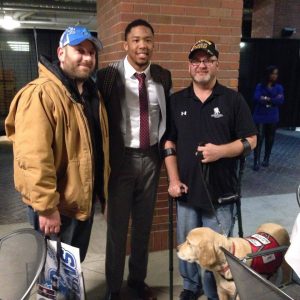 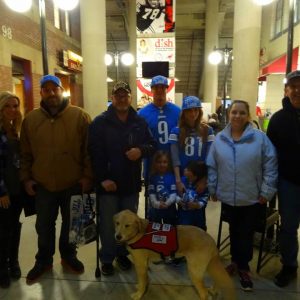 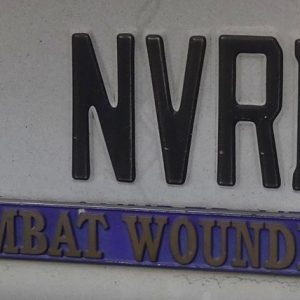 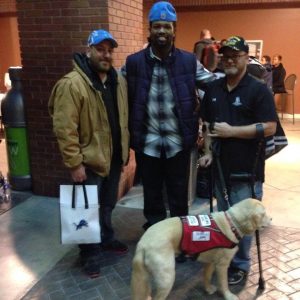 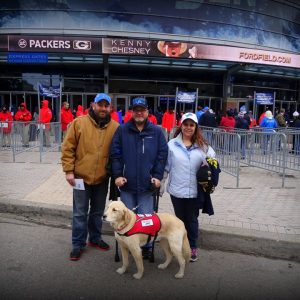 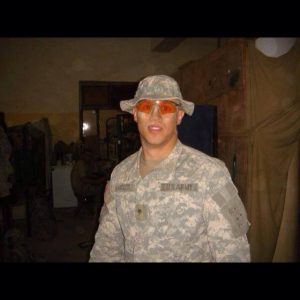 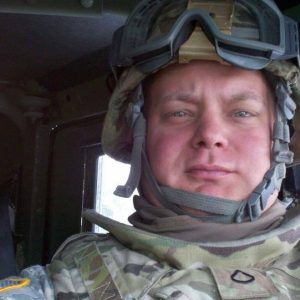 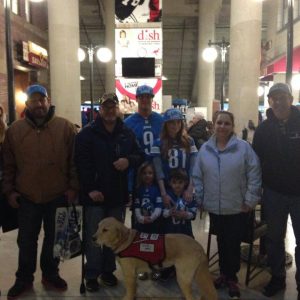 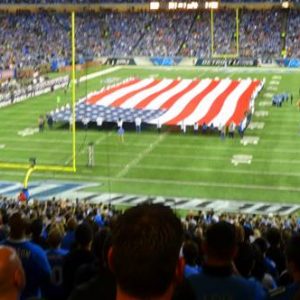 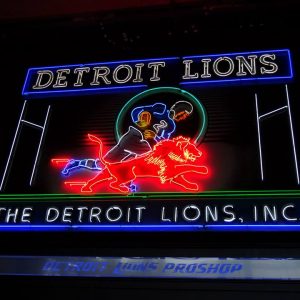 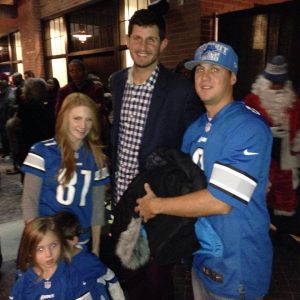 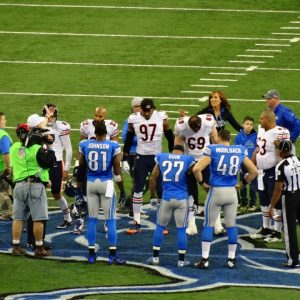 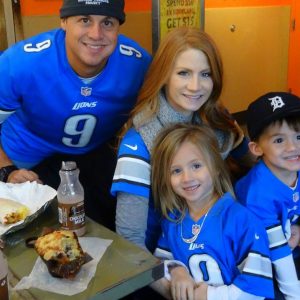 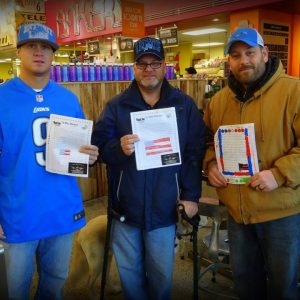 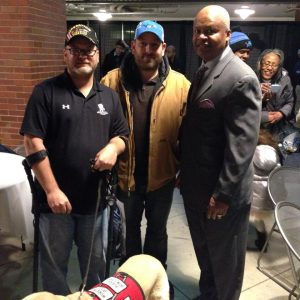 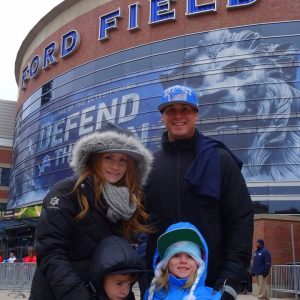 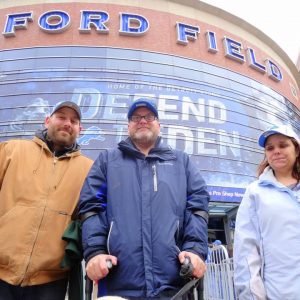 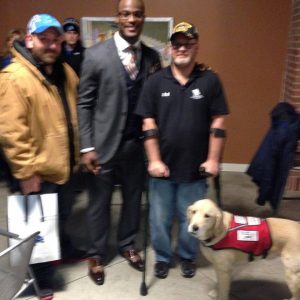 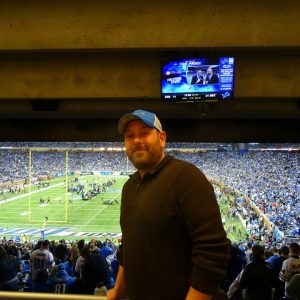