Drew, an army SGT, was injured in Afghanistan in May 2012. Drew was on a team clearing out a compound where they suspected insurgents were building bombs.

“If we find IEDS — the stuff they make it with, we save lives,” he said. “We go in there, (and if) we find fingerprints, biometrics, we can find the people in the area making them.”

Drew isn’t sure how he found his bomb, but he remembers the blast like a bad dream.

“There was a loud noise, and I did what felt like a back flip in the air,” he described. “Our medic said, ‘Can you move your left foot?’ And I moved my left foot. He said, ‘Good.’ And then he didn’t say anything else.

Halfway around the world his wife, Jennifer, woke up to a phone call.

“They don’t pause,” she said. “They continue to talk and go over their injuries, so it was definitely … it took an hour for me to even comprehend what happened.”

Drew and Jennifer reunited at Walter Reed National Military Medical Center in Bethesda, Maryland, where he spent over 2 years recovering. His injuries were severe. He had shrapnel wounds, a heavily damaged left leg, and his right leg had to be amputated.

“Just because he’s lost a leg, it’s not going to stop him from doing anything,” Jennifer said.

SGT Mullee served in the army a total of 5 years & has been awarded a Bronze Star Medal and a Purple Heart for his service & sacrifices. Drew is an inspiration, someone who never gives up, and we were honored to host him & his dad as our guests to the Browns game along with Army Warrior Brice Tinlin. 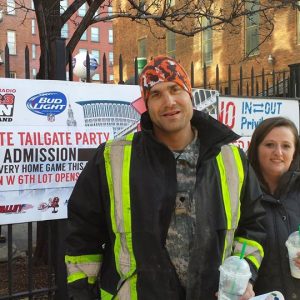 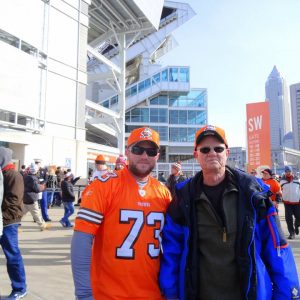 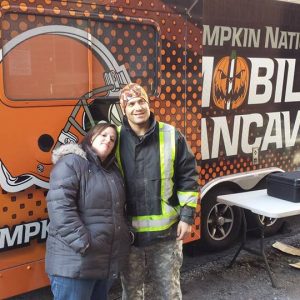 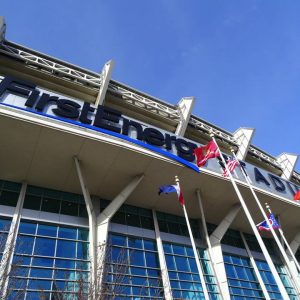 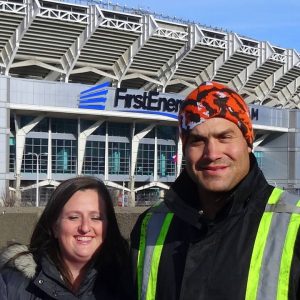 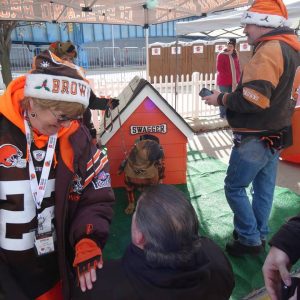 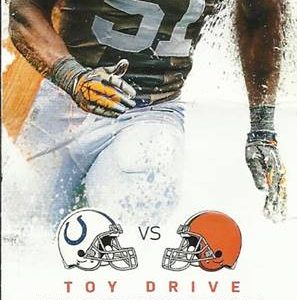 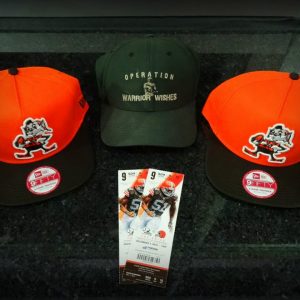 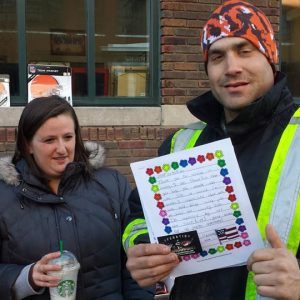 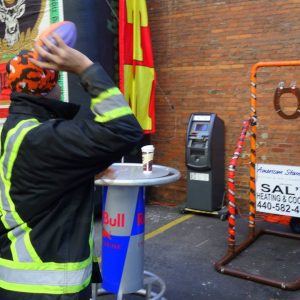 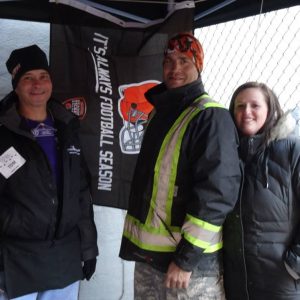 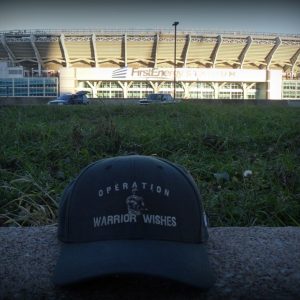 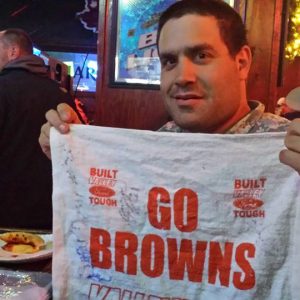 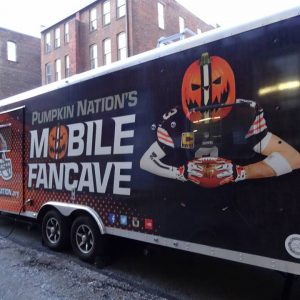