Another night on the bus, another new city.  My Dad arrived in Boston around 5am this morning & proudly made Warrior WIshes Come True at the Red Sox & Celtics games today!  If you are keeping track this was our 14th &15th Games of honoring heroes in 13 days on our#BattlefieldsToBallfields Mission! 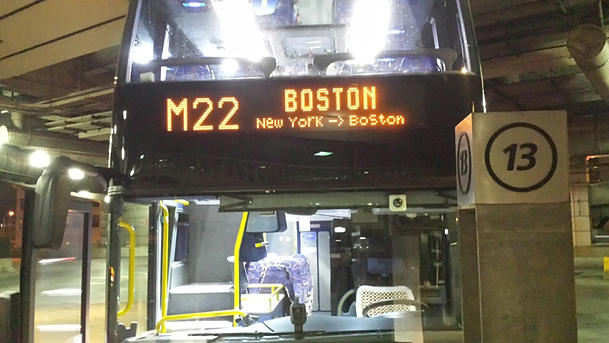 Operation Warrior Wishes has made some amazing memories in Boston over the past few years.  One of the most memorable was working with the New England Patriots to honor Wounded Warriors & Boston Marathon Bombing Survivors at Patriots opening day in 2013. 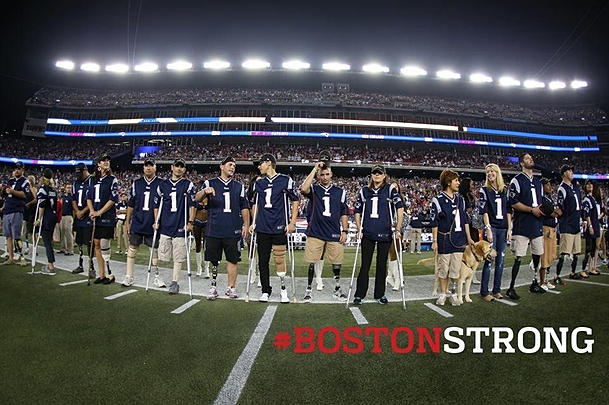 Today we were excited to make new memories & had the opportunity to help make Warrior Wishes come true for Army Warrior Frank Ellis & his family. 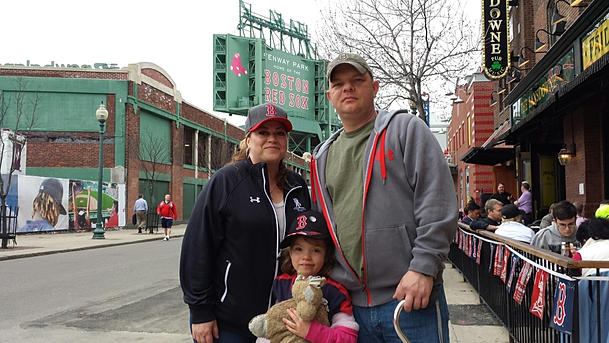 Frank joined the Army as an infantryman in 1996. He was stationed in Germany where he deployed to Macedonia after that he was stationed in Georgia at Fort Stewart. Frank became a non commissioned officer and deployed to Iraq in 2002 where he was part of the invasion forces in support of Iraqi Freedom.  While Serving in Iraq Sgt Ellis sustained a traumatic brain injury due to rocket propelled grenades hitting his Bradley. He now suffers TBI as well as PTSD and other injuries. 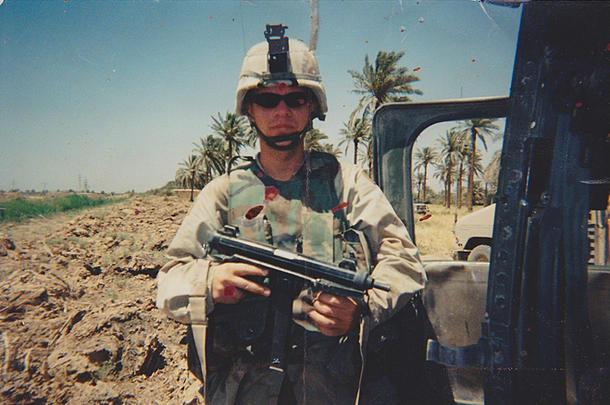 Today Frank is back in school finishing up his associates degree.  He enjoys being a husband and father. He is also very passionate about helping other veterans in any way he can.

Operation Warrior Wishes would like to thank Sgt Ellis & his family for his service and their sacrifices.  We truly hope they had a great time at the game!

We would also like to thank Whole foods Market Symphony for lunch & New Era for providing Red Sox Caps for the Ellis Family! 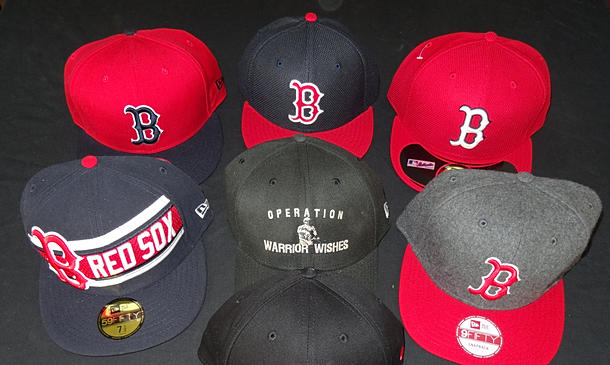 While the Ellis Family is enjoyed the Red Sox Game, Warrior Wishes was also coming true foracross town at the Celtics game, See the Story here!

My dad is staying overnight in Boston to honor the legacy of Ryan Mcdermott and host surviving members of his family at the Red Sox game tomorrow.

Learn more about our mission, Nominate Your Hero, see our upcoming schedule, see how you can get involved, make donations, and buy warrior wishes gear to help make Warrior Wishes come true at www.warriorwishes.org 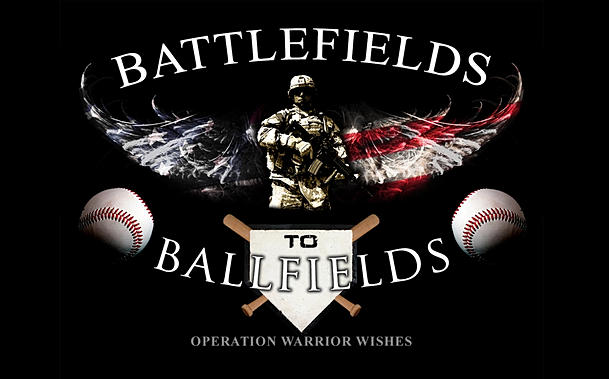