After honoring over 100 warriors at 39 professional sporting events in 37 straight days, we finally got rained out. But thank’s to Elway’s restaurant in downtown Denver, we were still able to host warriors Cpl Long, Sgt Hagan, SPC O’Niell & the Gold Star family of Army CW2 Joshua Silverman for dinner. 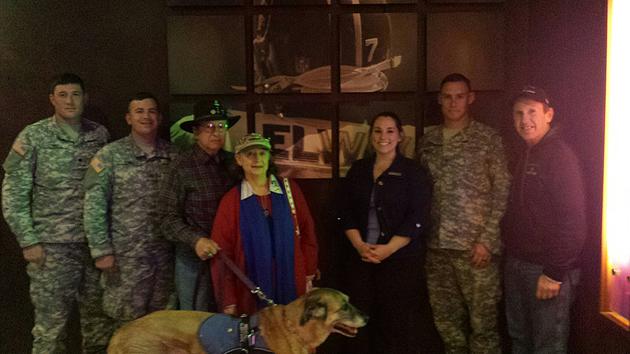 Rain later turned to snow and a winter storm warning went into effect jeopardizing my dad making it to Phoenix in time to host & honor heroes at the D’Backs game.  Thanks to the Westin Downtown Denver & our friend Joey for donating his credit card points, my dad didn’t have to spend his 2 nights in Denver sleeping at the freezing cold bus station. 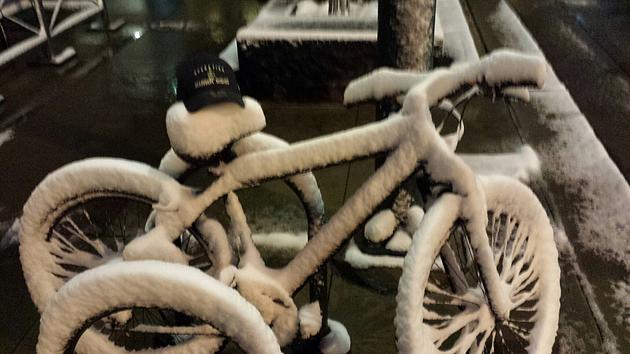 The forecast was calling for up to 10 inches of snow, so My dad made his way to the Denver Airport early expecting his flight to be delayed.  He was pleasantly surprised to find out the flight was only delayed an hour and he would be in 90 degree weather in a few short hours. 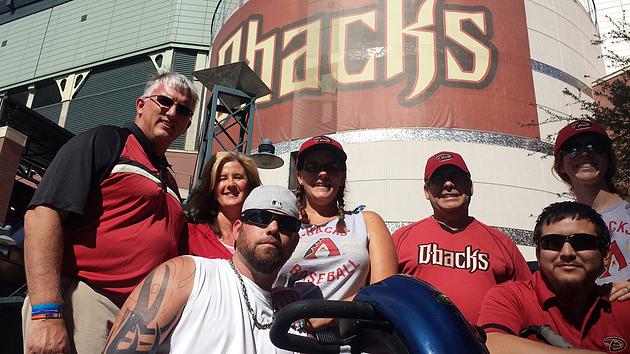 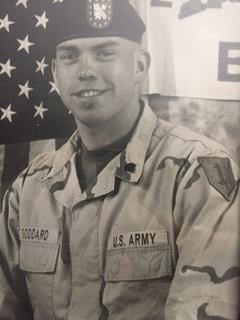 Sgt Josh Goddard joined the Armyshortly after graduating high school in 2000 to become a tanker (19k).  Goddard served in the Army from 2000-2014.

In 2007, while serving on his 2nd tour of duty in Iraq, Josh was injured.  He has sustained nerve damage throughout his lower extremities making walking very difficult and has had to endure many surgeries since.

Sgt Goddard was permanently medically retired from the Army in 2014. Joshua is now married and has 3 little girls.  He is a huge sports fan.  Josh is a due hard St. Louis Blues fan, enjoys watching NASCAR & since moving to Arizona he has become a D’Backs fan.  This will be the first D’Backs game he has ever attended. 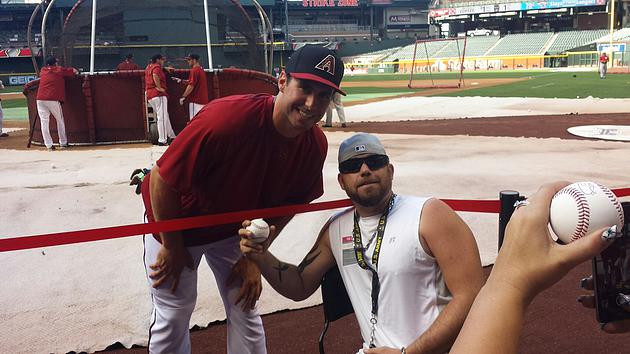 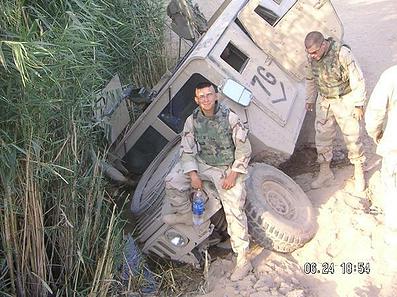 Joel Steinmann served in the Army as an infantryman, radio operator, and combat lifesaver. He served all over the world including 3 combat tours in Iraq (2003-2005).

While serving in Iraq he was involved in several IED blasts.  Joel was injured both Physically & Mentally in the attacks.  The injuries sustained in Iraq caused him to no longer be able to serve as an infantryman in the Army.

In 2005 Joel began his journey in and out of VA hospitals for treatment of PTSD, TBI, fibromyalgia, tinnitus, migraines, depression, anxiety, and so much more. Joel continues treatment to this day.  He recently got a service dog to help with PTSD and his TBI.

Joel truly loves his country and served it well. He was nominated by his wife who says he is her hero. 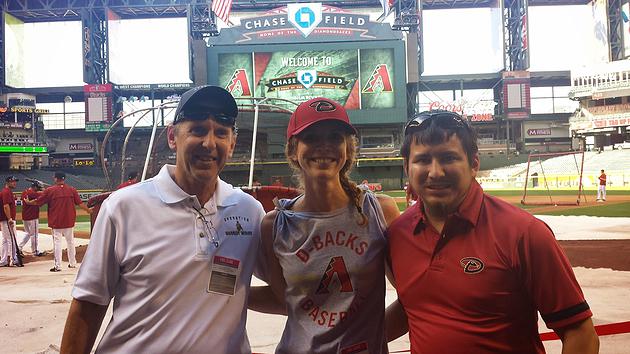 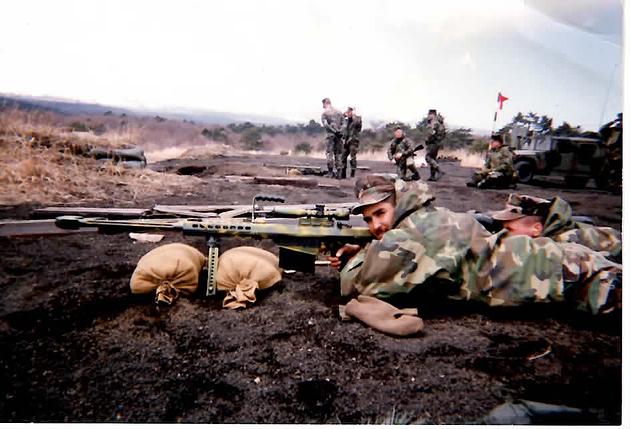 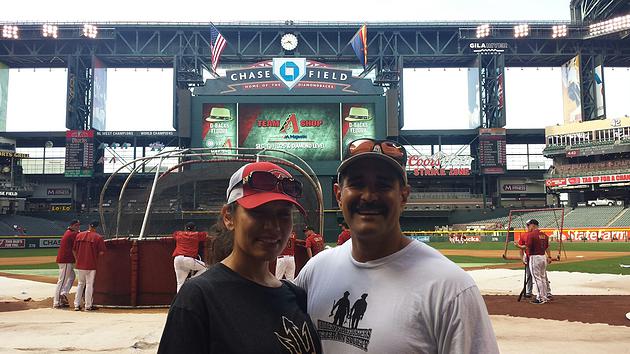 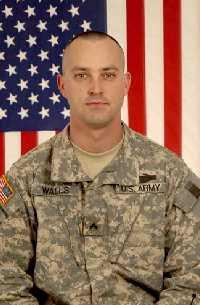 Jonathan Walls was born in San Diego, Ca, and raised in Reading, Pa. He knew from the time he was a little boy he wanted to serve. After the attacks of 9/11, Jonathan decided it was time. He completed Basic Training in 2005, then continuing into Ft. Lewis, Wa.

Sgt walls deployed to Iraq in 2007.  He was home for a total of 10 months after his first deployment before he was called into action in Afghanistan.

On August 1st, 2009, insurgents attacked Sgt Walls patrol with bombs & Rocket propelled grenades.  He & 2 other soldiers made the ultimate sacrifice in the attack.

All 3 men are remembered as some of the bravest & finest soldiers.  Walls specifically was remembered as a family man and loyal friend who was quick to joke if he thought it would lighten the mood.

Sgt Walls is survived by his wife, Meghan, daughters Lily and Allahna, and stepson, Hayden Fecteau.  Meghan says “we were and always will be so blessed for the time we got with this amazing man. He was an amazing person, my best friend and love.”

Operation Warrior Wishes was extremely honored and humbled to host these Heroes at the D’Backs games over the past few days. 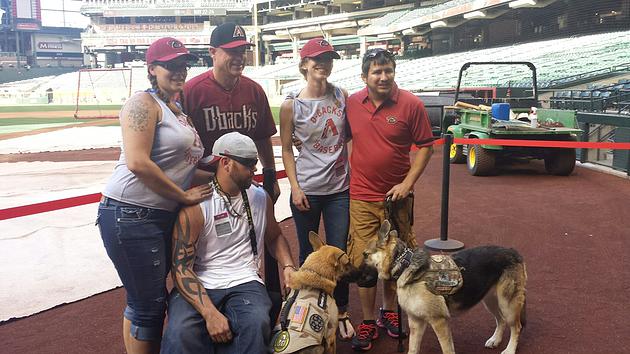 The warriors had the opportunity to go down on the field & get autographs & some pretty cool memorbilia including a game used signed bat from their favorite players.  It was a once in a lifetime opportunity and we would like to thank the Arizona D’Backs organization for going above and beyond to helping us honor These brave soldiers for their service and sacrifices! 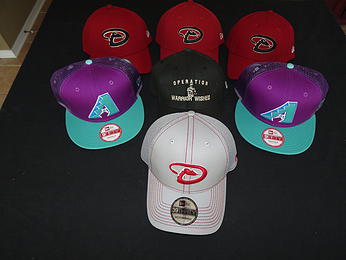 We would also like to thank New Era for providing D’Backs caps, Whole foods, Hard Rock Cafe &Game 7 cafe for providing meals over the past 2 days! 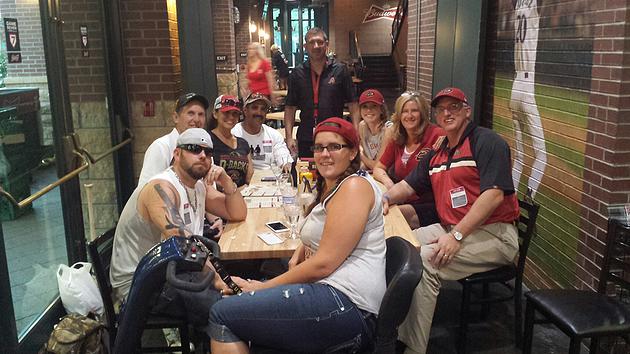 These were the 40th & 41st games of our Battlefields to Ballfields mission.  My dad will be California dreaming tonight as he sleeps on the bus to Los Angeles to make Warrior Wishes come true tomorrow at the Angels game!