After an incredible weekend in Pittsburgh making Warrior Wishes come true at 2 Pirates games & a Penguins game, my dad was back on the bus and heading to the city of “Brotherly Love.” 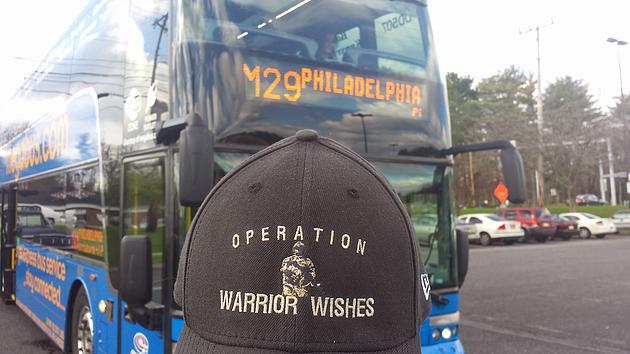 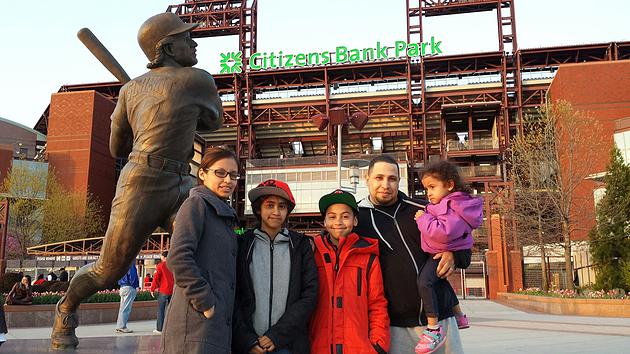 Tonight, thanks to the Phillies, Warrior Wishes are coming true for Army SPC Justin Gindhart & the Gold Star parents of Navy Seal Michael Strange in honor of his legacy.

Learn more about the warriors below. 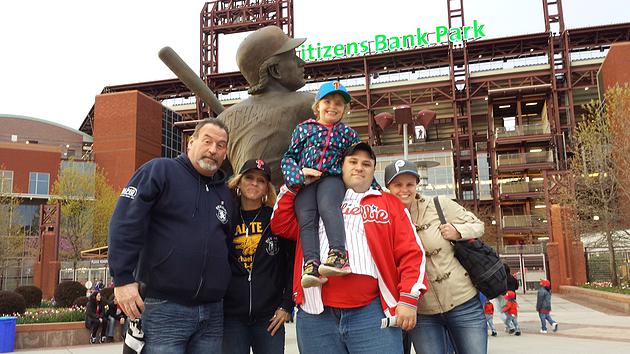 This was Operation Warrior Wishes 23rd game in the past 21 days hosting heroes on ourBattlefields to Ballfields mission!  We would like to thank the Philadelphia Phillies for providing tickets, New Era Caps for providing new Phillies Caps for the warriors & their families &Mcfadden’s for Providing a pregame meal! 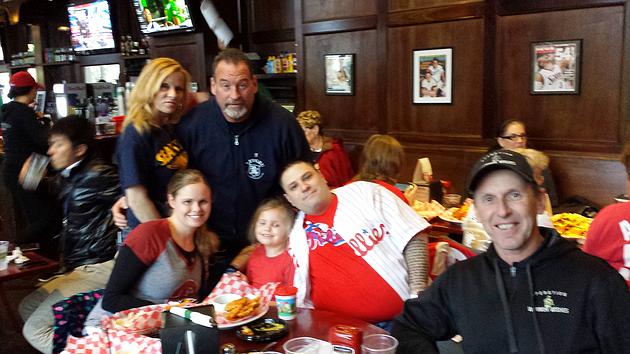 My Dad is back on the bus at 3am and will be back in DC to make Warrior Wishes come true at the Nationals game again tomorrow night!

Learn more about our Mission, Nominate Your Hero for an upcoming game, Get involved, Make a Donation & Buy Warrior Wishes gear at http://warriorwishes.org/ 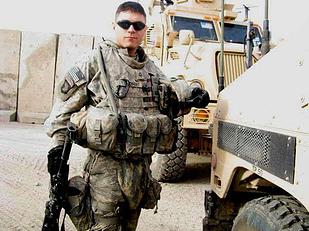 Justin grew up in the suburbs of Philadelphia. From a young age he knew he wanted to be in the military, and enlisted in the Army during his senior year of High School.  Justin decided to become a combat medic because his father had been a paramedic for fifteen years and he wanted to follow in his footsteps in the medical field.

On October 5th 2006 Justin left for basic training at Fort Benning, and later went to Sam Houston for medic school.  Upon completion I was assigned to an infantry platoon in the 2/502nd 101st Airborne Division.

Justin deployed  to  Iraq for 14 months in 2007. When he returned home the Army moved him to West Point to work in the base ‘s ER. While there he started having problems and was diagnosed with Post Traumatic Stress Disorder.  Trying unsuccessfully to cope led SPC Gindhart to the brink of suicide.  Yhankfully he was able to stop himself from following  through with his plan and asked for help.

After a month in a hospital Justin was medically retired from the Army on April 11th, 2011.  Since his discharge he’s been working as an EMT and is currently studying nursing at Gwynedd Mercy University. Justin also volunteers with Operation Ward 57‘s Honor & Courage program as a Wounded Warrior Mentor helping fellow vets in their struggle with PTSD.

SPC Gibhart has a message to all vets struggling with PTSD, there is help out there that can make life worth living again. YOU ARE NOT ALONE! 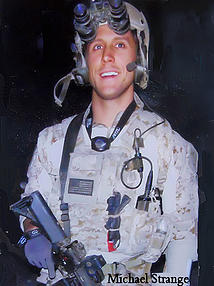 Michael J. Strange, of Philadelphia joined the Navy in September 2004.  Strange worked hard to become a Navy Seal.  He joined his East Coast-based SEAL team in May 2009.

On 6 August 2011, a U.S. Boeing CH-47 Chinook military helicopter was shot down while transporting a quick reaction force attempting to reinforce an engaged unit of Army Rangers in Afghanistan. The crash killed all 38 people on board.  Michael Strange was one of 22 Navy Seals  on board.   It is considered the worst loss of U.S. Military life in a single incident in the Afghanistan campaign.

Cryptologic Technician (Collection) First Class Michael Strange served his country, and served it well. He will always be remembered. His determination, toughness and dedication will live on through his family and the Michael Strange Foundation. www.michaelstrangefoundation.org/

It was a true honor to host SPC Gindhart & honor the legacy of Navy Seal Michael Strange at the Phillies game!