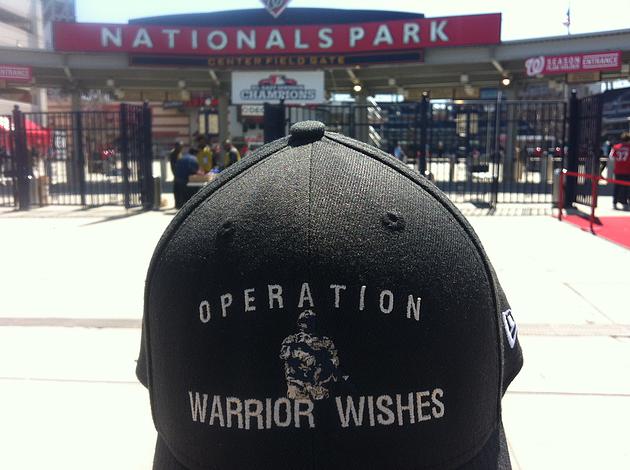 After an “Amazing Time” at the Nationals game last night, my dad made his way over to the DC bus station to spend the night as I expected.  My dad would rather save money to make more warrior wishes come true instead of getting a hotel for himself…. .

My dad woke up early to visit warriors at Walter Reed before making his way over to the stadium to meet up with the warriors. 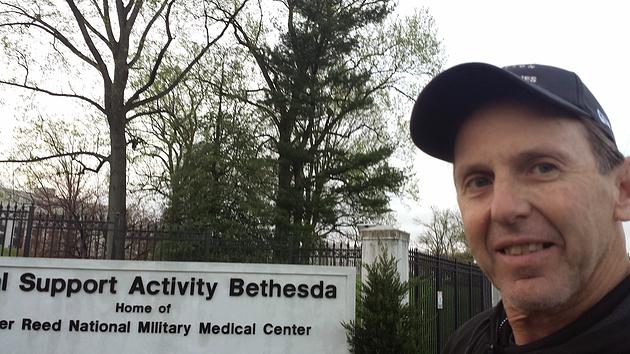 The Washington Nationals did such an awesome job helping us make Warrior Wishes come true yesterday.  Today we are back at Nationals Park honoring the legacy of Army SFC Michael Frank and hosting his wife and daughter at the Nationals game in his honor. 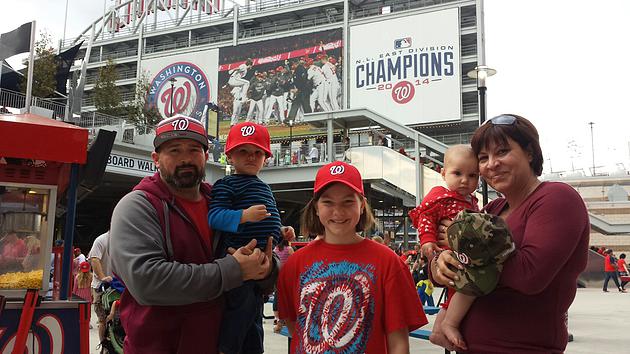 At the young age of 20, Michael Frank enlisted in the Army in January 1990.  He served the United States Army for over twenty-one years as an Administrative Specialist and as a 42A, Human Resources Specialist. SFC Frank served multiple overseas assignments including tours in Saudi Arabia, Panama, Korea, Kuwait, and Iraq. Four of his assignments were in support of combat operations during Operation Desert Storm/Desert Shield and Operation Iraqi Freedom.

Operation Warrior Wishes is proud to be honoring the legacy of Army SFC Michael E Frank at today’s game thanks to the Washington Nationals. 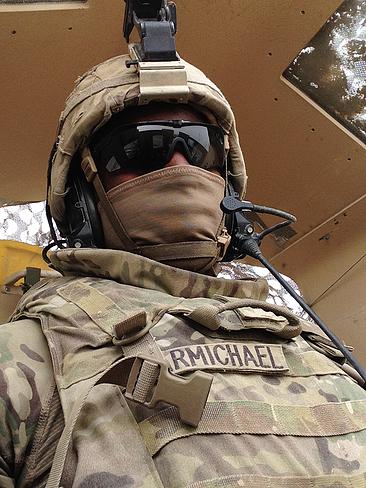 Stephone Carmichael began his military career on April 15 2013. He anxious and full of motivation when he went to basic training to be an infantryman,  Carmichael completed the rigorous training as a part of echo 2-54, and graduated proud along with his peers. Stephone was sent to Fort Carson, his first duty station. There, he met many soldiers of dog company 1-12 4th infantry division & gained a mutual respect of his fellow soldiers, through fraternization and more intense training.

Carmichael deployed to Afghanistan in March 2014. He endured many rough experiences. Stephone said “Things were bad but on July 24th of that year, things took a turn for the worst.”

While on a routine patrol of Miragul Kulay Afghanistan, Sephone was in the lead truck with 4 other soldiers when the vehicle struck an IED containing 500 to 700 lbs of HME. The truck was decimated, killing SSG Prange and PFC William; and injuring SGT Sozerman, SPC Hale and Carmichael. SPC Hale  and Carmichael were Med-evacuated to Landstuhl Germany. They are currently recovering from their injuries at Walter Reed Medical Center in Bethesda, Maryland.

Unfortunately Stephone got into a minor fender bender on his way to the game & he was unable to attend, however, we plan on hosting & honoring SPC Carmichael at a future game. 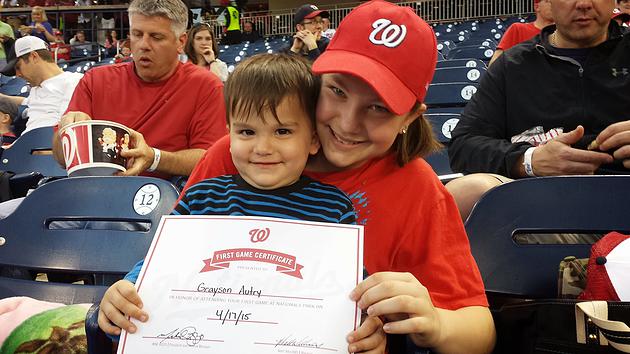 Operation Warrior Wishes was honored to be host The frank Family at their 1st Nationals game in SFC Michael Frank’s honor at the Nationals game today!

It was also great to meet up with Army SGT Mike Goodrich at the game too.  SGT Goodrich was our guest at the New Orleans Saints game during our 2014 “All32in17” Mission. 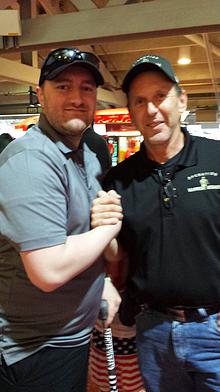 Operation Warrior Wishes would like to thank The Washington Nationals for providing tickets to make warrior wishes come true at yesterday & todays games.  We would also like to say thank you to Gordon Biersch for providing the pregame meal as well as New Era Caps for providing each of the warriors with Nationals caps for the game! 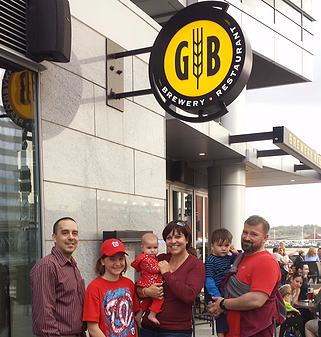 I’m hoping my dad doesnt sleep in the bus station for the 2nd night in a row, but I know he will be on a bus heading for Pittsburgh at 7am to surprise a lucky warrior and make his warrior wish come true!  We will see you in Pittsburgh!