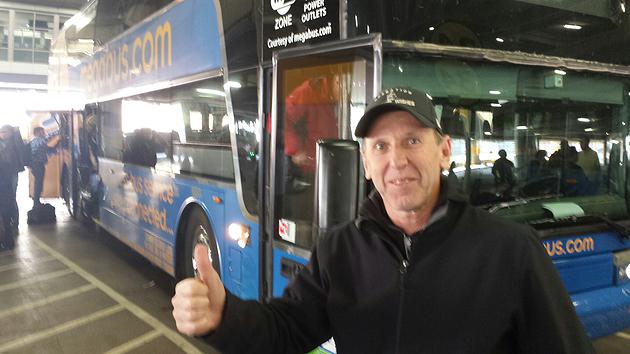 Today, we had the pleasure of honoring Army SGT Chad Longell, SPC Jack Moneymaker, and Richard Pert, as well as the legacy of Marine SGT Michael Peterson thanks to the Washington Nationals! 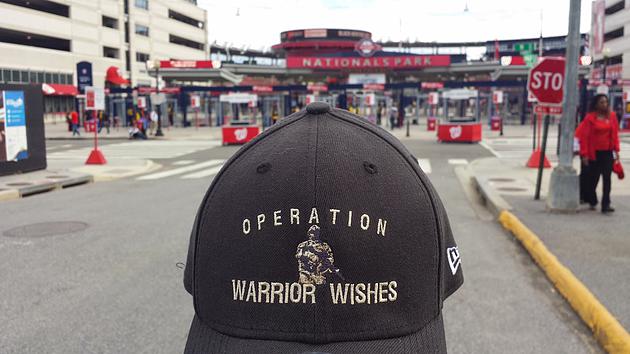 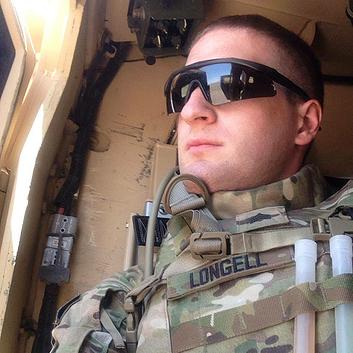 SGT Chad Longell, first joined the army at Georgetown University ROTC in 2005. While in college,

Longell Says “I joined the military after seeing the tragic events on 9/11 and realized the only way I was going to see positive change was to put my money where my mouth was and get involved and commit to action. So many have brave citizens before me have served and sacrificed when history and circumstances have required good men to take an active stand against the evil side of humanity. I am no exception to that duty to both the conviction in my faith and my patriotism. Serving along side of some many brave citizens united in a common cause has been the greatest honor of my life and it is a privilege to defend such a great nation.”

He enlisted into the Army Reserves in 2008 and deployed to Iraq in 2009 and Afghanistan in 2013.  SGT Longell is also involved with various non-profit support organizations at Walter Reed Army Medical Center and quickly became a coordinator for various efforts in support of wounded warriors.  SGT Longell currently serves as President/COO of Cooking With The Troops and Chairman/CEO/Founder of the Global War On Terrorism Memorial Foundation,  Cooking With The Troops is an organization dedicated to providing culinary opportunities for service members and culinary support to military themed events. The Global War On Terrorism Memorial Foundation is an organization dedicated to contructing both a national museum and memorial to remember and honor the sacrifice and service of the veterans of the Global War On Terrorism. 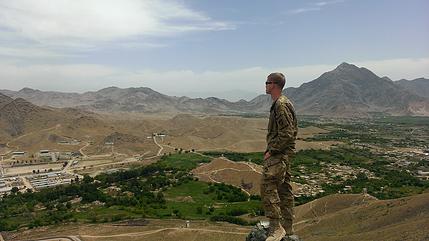 SPC Jack Moneymaker joined the United States Army in 2011 and went to Fort Benning, Georgia for basic training, Infantry school, and Airborne school. Afterwards, he was moved to Fort Bragg and started training at the JFKSWCS. He was assigned to the 4th BCT in the 82d Airborne Division and has deployed with them twice to Afghanistan. On November 24th 2014 SPC Moneymaker was injured when a roadside explosive device hit his truck. He has been at Walter Reed National Military Medical Center since December 2nd for recovery surgeries and physical therapy. Jack plans to return to full active duty at Fort Bragg in July. His goals include, Ranger School, Sniper School, and receiving a commission as an officer and continuing his career. 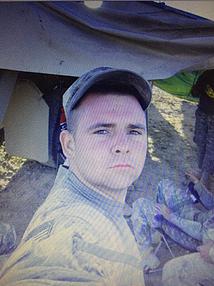 Army Warrior Richard Pert born in the city of Brockton Massachusetts February 9 1989 ever since he can remember he wanted to join the army.  At the age of 18, Richard went to basic training and has served on 2 deployments to Afghanistan in 2010 & 2014. 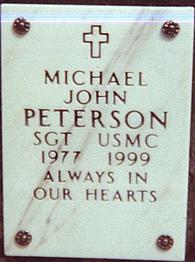 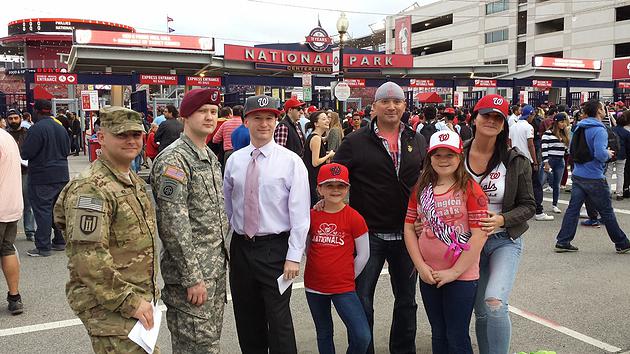 Operation Warrior Wishes was honored to host these warriors & their legacies tonight thanks to the Washington Nationals.  We would also like to thank New Era for providing Nationals Caps for the warriors & Gordon Biersch for providing the pregame meal! 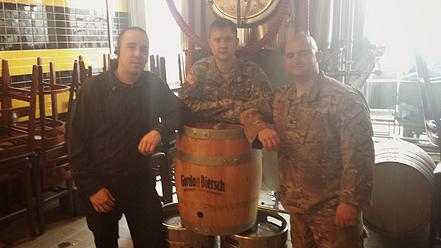 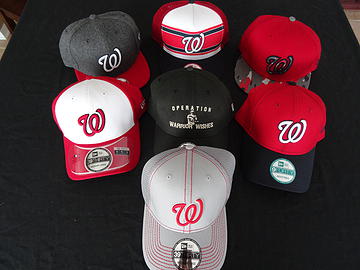 If you are keeping track, this was our 17th game in the last 15 days! (see week 1 recap here) I’m not positive, but I have a feeling that my dad will probably sleep over at the bus station tonight instead of getting a hotel, but I am positive that he will be back in action first thing tomorrow morning to make more #WarriorWishes come true at the Nationals game for the 18th game in 16 days on our #BattlefieldsToBallfields Mission!

Learn more about our mission, Nominate Your Hero, see our upcoming schedule, see how you can get involved, make donations, and buy warrior wishes gear to help make Warrior Wishes come true at http://warriorwishes.org/