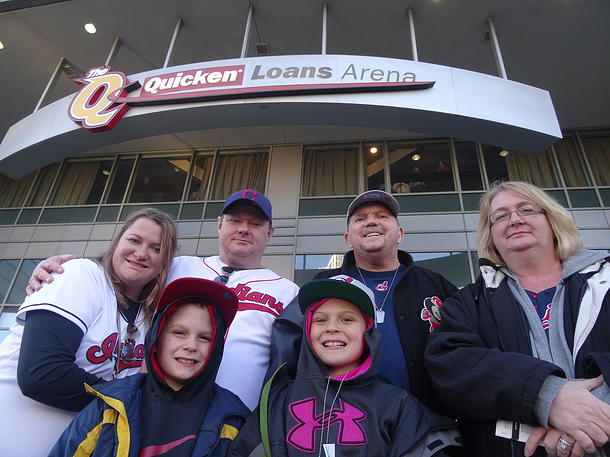 Immediately following the Opening Day Indians game, Army SGT. Nicholas Casey’s family met up with my dad, another gold star family & a few Warriors across the street at the Cleveland Cavaliers game! 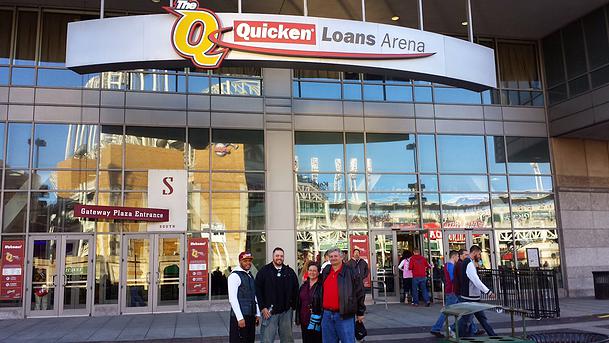 Thanks to the Cleveland Cavaliers, Operation Warrior Wishes was proud to be honor the Legacies of Marine Cpl Dustin Derga & Army Sgt Nicholas Casey by hosting surviving family members in a suite in their honor.  We are also honored to host Marine Cpl Randy Elkins (pictured above) and Army Warriors Darron Lewis & Matthew Killian in the suite too.  That cavaliers provided 12 premium tickets & giftbage to help make these warrior wishes to come true! 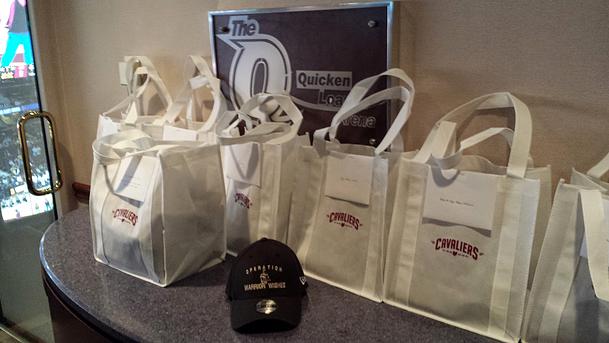 (Learn more about the warriors below)

This is Operation Warrior Wishes 11th game of hosting heroes in 8 days on our#BattlefieldsToBallfields Mission. 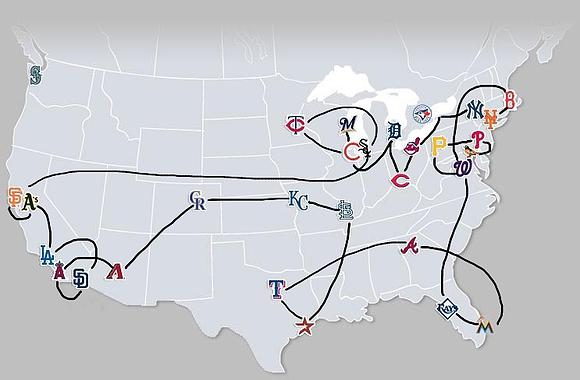 Learn more about our mission, see our upcoming schedule, see how you can get involved, make donations, and uy warrior wishes gear to help make ​Warrior Wishes come true at http://warriorwishes.org/ 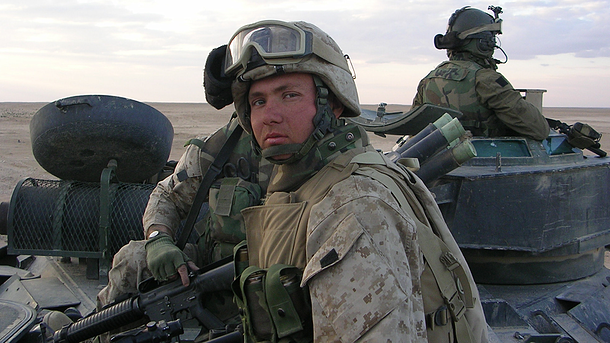 USMC Cpl. Dustin A. Derga loved playing “army” with his GI Joes as a child while wearing his “cammies”. Dustin also loved playing baseball and was an excellent pitcher and catcher. He was happiest when working with his hands especially when he was making something unique or fixing something broken. He was not afraid of trying the impossible and pushed the envelope of life every chance he got. He loved his mom, his sister, his girlfriend, his step-mom, and me. He loved helping people and doing what others couldn’t or wouldn’t do. He loved his country and willingly took an oath to defend it at all cost, including his life. Most of all Dustin loved life…every heartbeat!

Just Weeks after Dustin Graduated High School he joined the Marines.  Dustin loved being a Marine. He was proud of being a Marine, part of a heritage that demands respect and honor. When his father asked him why did he join, the answer was simple. “I want to be part of the best.”

On May 8th, 2005 (Mother’s Day) Dustin, was 24 years old when he was killed by an armor piercing round while leading his 4 man fire team during house to house searches.  The house they were searching was in New Ubaydi, Iraq – very near the Syrian border. The fatal rounds were fired by terrorists through the walls of the house using a machine gun in the basement. It was the last house Dustin’s team was to search for the day. Other Marines in the fire team were also wounded, one seriously. Dustin regained consciousness briefly while being transported to the helicopter landing zone. He was worried about his men and wanted to know if they were OK. Dustin died on the helicopter while in route to the field hospital. Dustin was the first of what would soon become 23 total Lima Company 3/25 Marine casualties.

Cpl. Derga’s father says “Dustin lived life to the fullest. I know with certainty he is now with God, he is OK and I will see him again someday. The hardest part as a Gold Star parent is the waiting for that day, the someday. It is so hard starting each day without his voice, ending the day without his smile. Grief can consume you if you let it. I choose not to let that terrorist act also destroy me. I will not give them the satisfaction. I choose to follow Dustin’s example and make the most of each day. I choose not to let Dustin’s story end with that scene in Ubaydi. I tell his story, I share the lessons he has taught me.  “Thank a vet for the freedoms we have, regardless of when they served. Pray for them, those currently serving, and our nation. Never forget the sacrifices but more importantly never forget the accomplishments.” 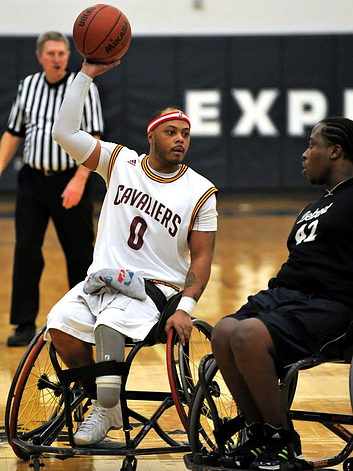 Darron Lewis served in the army for 2.5 years as an infantryman.  On July 11th 2012, While serving in Afghanistan, Lewis was injured when a roadside bomb exploded.  In the blast, Daron broke every bone on the right side from his pelvis to ankle, which is now held in place by rods an screws & had his left leg amputated below the knee.   Daron also lost a brother in arms that day.  He was retired out of the Army on December 27th 2013.  Lewis is a Purple Heart Recipient.  He enjoys playing wheel Chair basketball & loves the Cavaliers.

It was an honor to host Darron in the Cavs Suite & make this warrior wish come true! 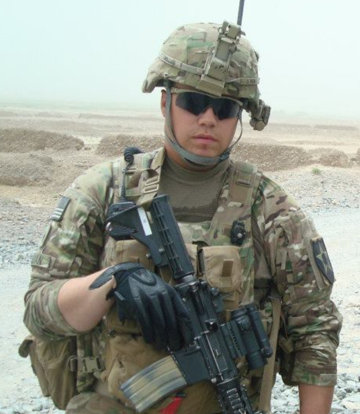