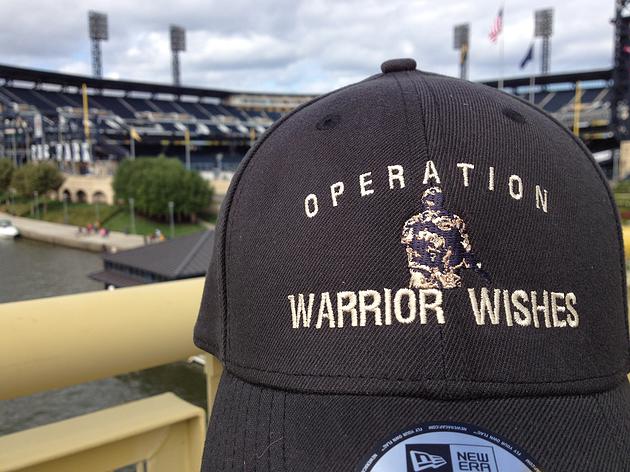 After his 2nd night in a row at the bus station my dad spent 6 hours on a bus from DC & made his way to Pittsburgh to make Warrior Wishes come true at our 19th game in 17 days on ourBattlefields To Ballfields Mission. 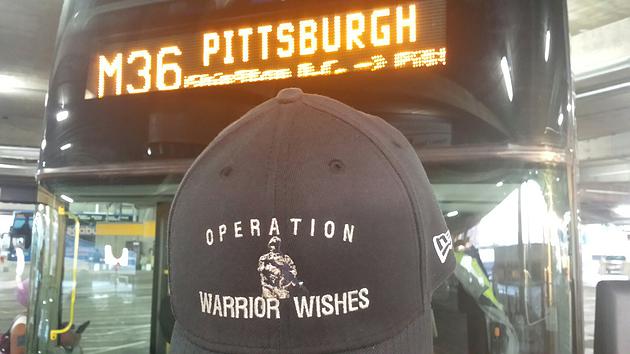 Today we had the honor of hosting Marines Jasper Helig, Joe Schmill & John Farah.  We also we proud to honor the Legacy of SGT Lois Abretske.

Immediately upon arrival in Pittsburgh, my dad made his way over to Atria’s restaurant just outside PNC Park to surprise an unsuspecting warrior & let him know he would be joining us as our guest to the Pirates game tomorrow! 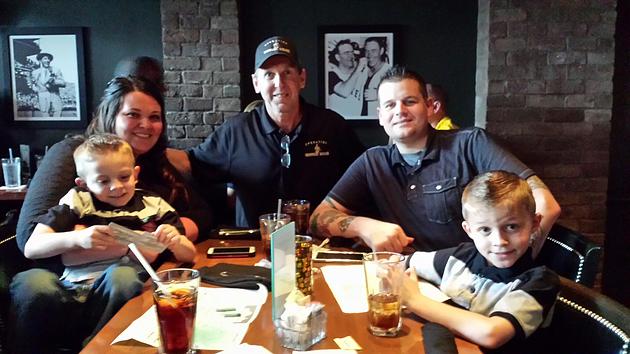 Army SGT Jeremy Jackson had no clue his wife nominated him and he thought he was just going out for dinner.  Needless to say he was pretty surprised and excited to be one of our guests at the game tomorrow.

After the surprise, my dad met up with the 3 Marines & Gold Star Family we were hosting today. 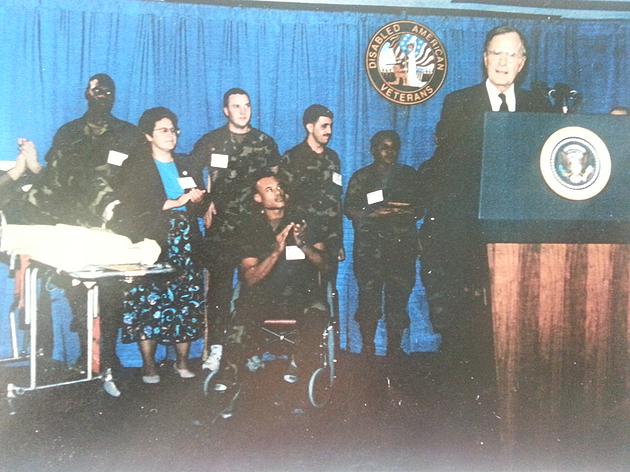 SGT Lois Abretske was serving in Dhahran, Saudi Arabi during Operation Desert Storm in 1991.  On Feb 25, 1991 she suffered severe wounds when a enemy missile destroyed the barracks her unit was staying in; killing 13 others including her bunk mate.

Lois spent nearly a year in Walter Reed Hospital where she underwent several surgeries.  She passed away at the Pittsburgh VA Medical Center on Oct 28, 1998 after becoming ill due to complications of wounds sustained during her combat operations.

Lois was one of the few women to be awarded the Purple Heart during the Gulf War.  She is survived by her son, Kevin M. Abretske  and sister, Gwen Sciullo. Kevin was age 12 at the time of his mother’s death and was raised by her sister, Gwen.

It was an honor to host SGT Abretske’s son & sister at the Pirates game in her honor today! 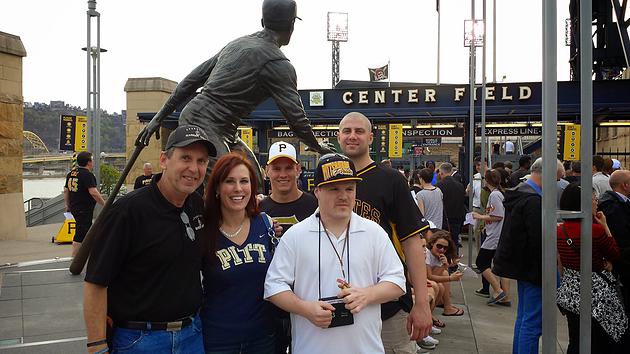 It was also an honor to host The 3 marines as well! 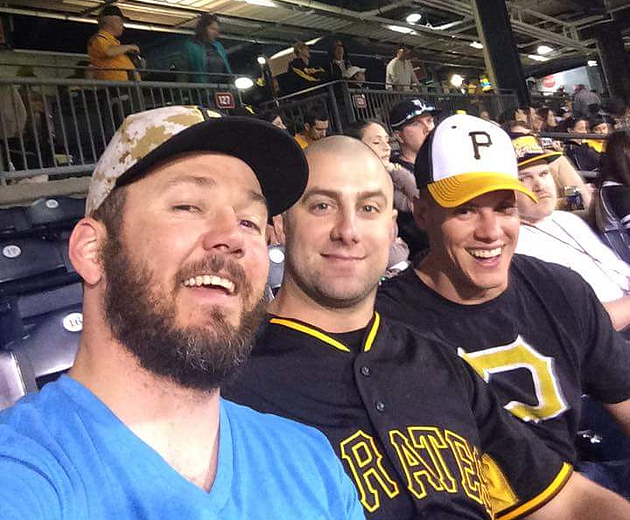 My dad is in for a big surprise, stay tuned to see what it is!

This will be our 19th game of making Wishes come true in 17 days.  Learn more about our Battlefields to Ballfields Mission, Nominate Your Hero for an upcoming game, Get involved, & Make a Donation at http://warriorwishes.org/