After spending 2 days in Kansas City making Warrior Wishes come true at the Royals Games, My Dad spent the night sleeping at the KC Airport before boarding his 6am flight to Denver.  Needless to say, my dad was happy about flying instead of taking the bus.  This was only the 2nd flight he has taken since we began the Battlefields To Ballfields Mission on April 2nd 2015. 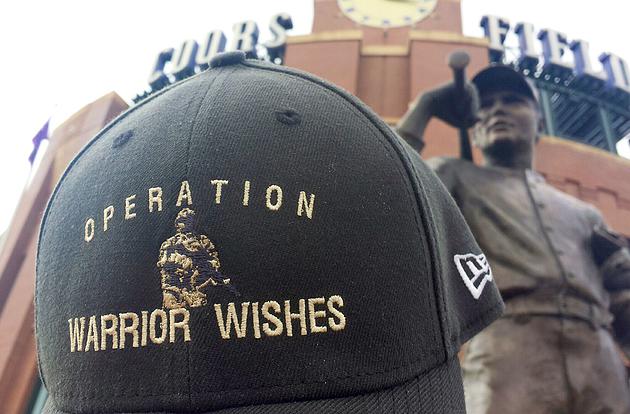 My dad will be in Colorado for the next 2 days honoring a few warriors & the legacies of Army Major William F. Hecker III & CW2 Joshua B Silverman. 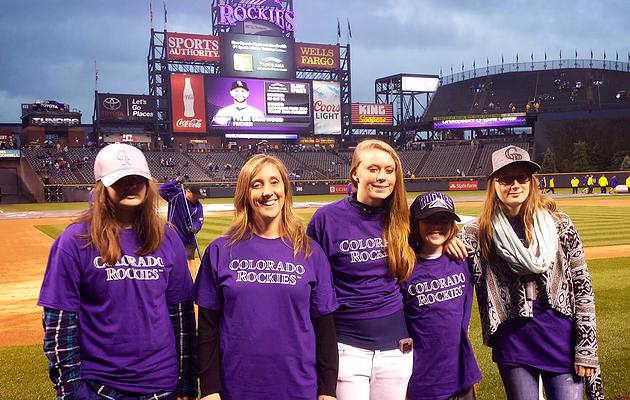 For game 1 in the “Mile High City, he honored the legacy of Maj Hecker & hosted his surviving family members in his honor. 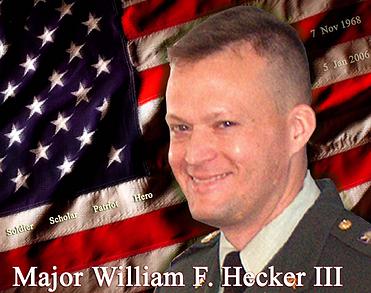 Hecker went to West Point, where he studied engineering management and sang in the glee club. He had been stationed in Oklahoma, Germany, and Bosnia and Herzegovina in the ’90’s.

He is survived by his wife, and four children, ages 2-10. His father is a retired Army Colonel (Two tours in Viet Nam) from the West Point class of 1965, and his brother serves in the Marines.

He received a master’s degree in English from the University of Oregon and went back to West Point, where he was an assistant English professor for three years. He studied Twain and presented a paper about baseball and patriotism. He edited a book about Poe’s time as a West Point cadet titled “Private Perry and Mister Poe: The West Point Poems, 1831.”

Hecker loved baseball, and his dream was to teach after his year-long tour of duty in Iraq. 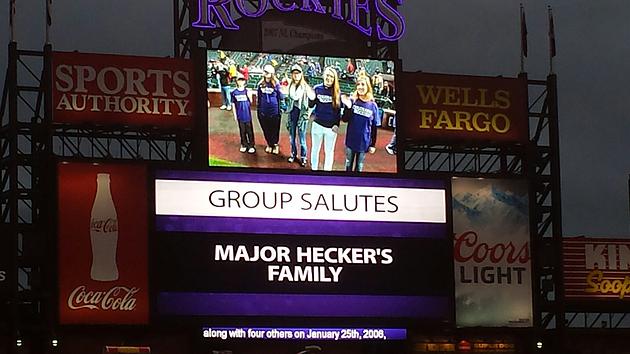 It was an honor to host Maj Hecker’s family in his honor tonight in Denver thanks to the Colorado Rockies.  The Rockies did an amazing job helping us honor this brave soldier from providing tickets & T-shirts to putting Maj Hecker’s name in lights on the scoreboard.  The family was even recognized on the field!  Unfortunately rain delayed the game, but a fun time was had by all. 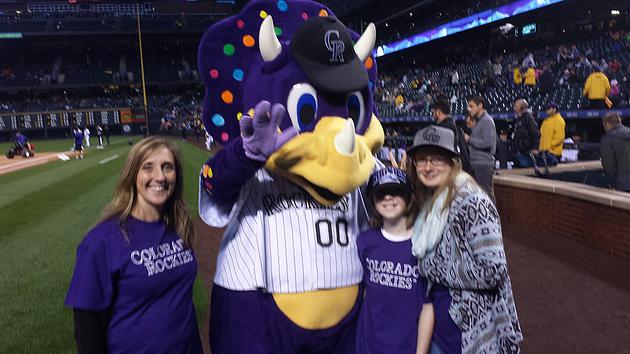 My Dad will be back at Coors field to make Warrior Wishes come true tomorrow afternoon.  He will be honoring the legacy of CW2 Joshua Silverman at the 40th game in 38 days on our Battlefields To Ballfields Mission. 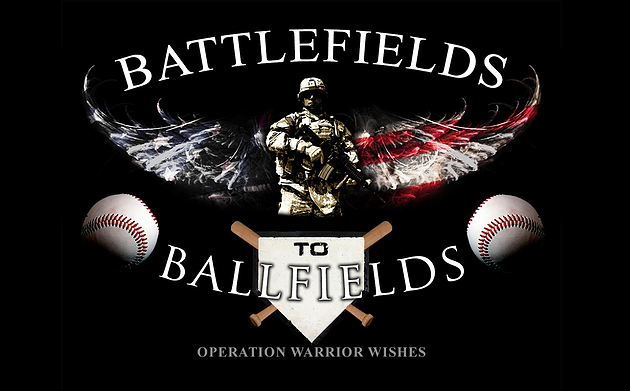