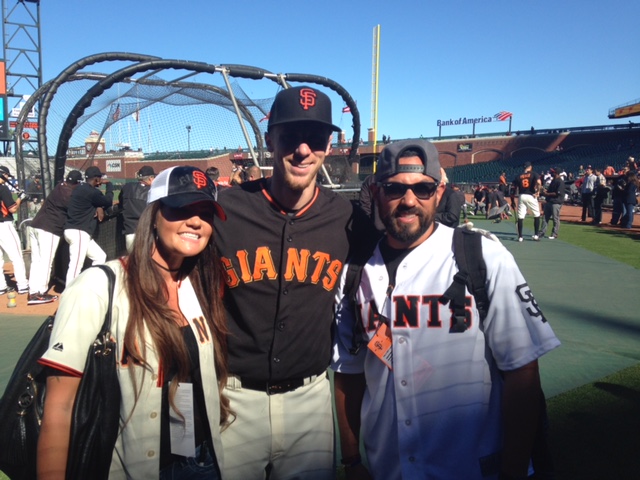 My dad spent his entire week back home working on planning & coordinating our upcoming golf outing & planning for his upcoming trip to the west coast. 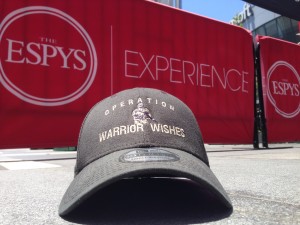 So for the first time this summer, my dad was on a plane instead of a bus.  Needless to say he was excited to fly.  Unfortunately, his flight was delayed due to fog in San Fran….  We’ve had fog issues in San Fran before.  You may remember in 2012, we got stranded in San Fran for 36 hours. 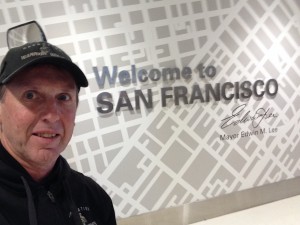 The delay made things interesting as my dad’s plane landed at 3:15.  Thankfully this isn’t my dad’s first rodeo & he has been to San Fran enough to know how to get to the stadium.  My dad took the BART downtown and checked his bag with concierge at Hyatt so didn’t have to  carry it around all day. 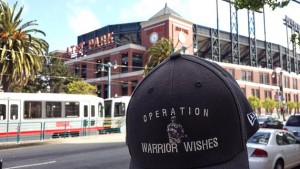 He called Army Sgt Josh Castro, as he walked down the Embarcadero, to let them know we would be few minutes late and met up with him outside the stadium 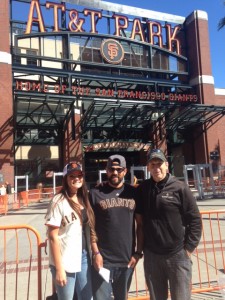 Sgt Castro served our great country from 2006 to 2010. He was deployed once but was hit 5 times.  Sgt Castro was nominated to us by Army Ranger Mikhail Venikov, who runs a non profit, Ranger Road in Sacramento.  Mikhail has become a great resource since my dad met him at Wounded Flag Football game at this year’s Super Bowl . He has also nominated heroes for other west coast events.

We had told Mikhail not to tell Josh about dinner or Field Passes so he thought he was just coming for tickets – SURPRISE !!! The reaction from Sgt Castro and his friend Amanda was priceless when my dad told them.  He said “we didn’t know what to expect” 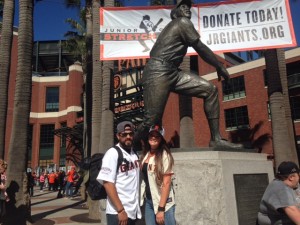 Since my dad & Sgt Castro were running a little late, they decided to eat after the game so they didn’t miss any of the PreGame batting practice. 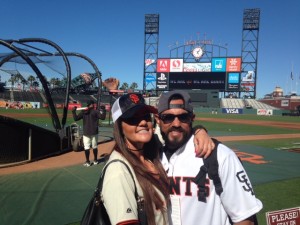 Thanks to Andrew and Bertha from the Giants everyone was escorted through the tunnel and down onto the field.  Sgt Castro met a couple players and was just soaking it all in, from a visual perspective that not many get to enjoy. 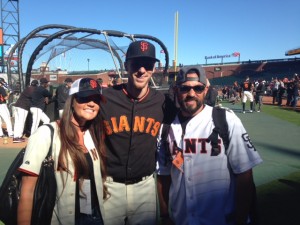 This was Sgt Castro’s First Ever Game and so my dad made sure to go to Guest Services to get a “FirstGame “Certificate. Sgt Castro thought this was funny. “cuz it is usually the kids that get this” – but he appreciated it. 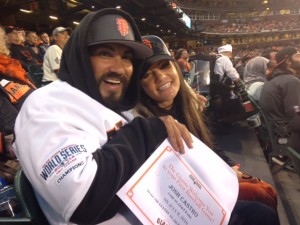 The game itself was a good one but after the first pitch of the game was hit into the left field bleachers by the DBacks Segura. it didn’t look like Giants night.  However, Brandon Crawford had a monster night going 3 for 3 with a HR and 3 RBI’s – as the Giants rolled to a 6-2 victory.

After the game my dad & Sgt Castro headed across the street to Pedro’s Cantina for Nachos and a drink.  Another Mission Accomplished !!!

Operation Warrior Wishes would like to thank MoMo’s Restaurant, New Era Cap for providing Giants caps, Mikhail for nominating Sgt Castro and to the San Francisco Giants for providing tickets & an amazing experience.  But of course, most importantly, THANK YOU to both Sgt Castro and Army Ranger Venikov for their service to our country. 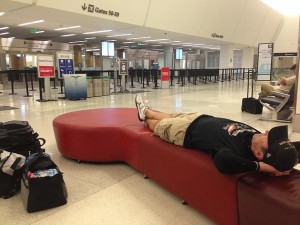 So after saying his goodbyes to Sgt Castro & his friend, My dad headed to the airport to get a good night sleep.  But instead of sleeping on his normal red couch, found a quieter place with some comfortable “blue couches” instead . He will be up bright and early tomorrow to host 2 more Army Warriors at the Giants game again. Stay tuned for more details. 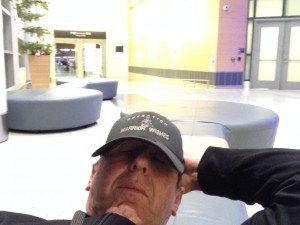